Having motor bikes and being on a motor bike forum there are several reports of speeding tickets being received from France and Spain. 5 in total, 3 France and 2 Spain, 1 in Aug 4 in Sept.
We will be driving down to Alicante from 5th Nov so i am thinking steady steady.
Anyone hearing the same with cars????
1972 V12 Roadster. Velar. M5. Caddy. Bikes.
Show post links
Top

Where I live, if you speed at all you get fined in short order. It is accepted revenue raising.

Recently I changed the tyres on my FHC from 60 to 85 profile. Not having had a speeding fine since 1995, I subsequently got 2 in 3 months in the FHC. Because the increase in tyre size made my speedo inaccurate.

As I see it I am grateful to the speeders for paying more than their fair share of tax. And providing a ready supply of spare organs for deserving transplant recipients.
Andrew.
881824, 1E21538. 889457..oops. Jezza the V12 XJS race car.
http://www.projectetype.com/index.php/the-blog.html
Adelaide, Australia
Show post links
Top

What you need is a police car like this chasing you for speeding:

Italy have been using debt recovery companies around the world to serve speeding fines for years. They even changed their laws to allow fines to be served up to 360 days from the date of the offence. Most rural roads now have a 50kph limit enforced by thousands of cameras. Drivers have to pay the fine and the debt recovery company costs which are more than the fine!

Since April 2018 the DVLA supply names and addresses to any country requesting them and France/Spain have woken to the revenue opportunities. In Italy and France you can expect to be fined for even a couple of kms above the posted limit. Gone are the days when you could get flashed by every camera and hear nothing I'm afraid. Then of course the French rebelled:

"The French government decided in 2017 to cut the speed limit on country roads from 1 July 2018 from 90 to 80 km/h with the aim to save 200 lives each year, after research found that "excessive or unsuitable" speed was involved in a third of fatal road accidents. The change was opposed and was a factor in the rise of the yellow vest movement. It was seen as another tax via citations and a failure to understand the needs of rural residents who are totally reliant on their cars. Vandalism of traffic enforcement cameras grew significantly after the yellow vest movement began."
David Jones
S1 OTS OSB; S1 FHC ODB

Everytime i have driven or ridden in Europe, and it has been several times a year i have always been flashed. To date i have never had a ticket through my UK home door.
It's looking like now i am going to reign in the horses, and that can be difficult in a M5.
1972 V12 Roadster. Velar. M5. Caddy. Bikes.
Show post links
Top

We've owned a property in Andalucia for 20 years and sold it this year, completing in August.

For the last few years we've driven across due to my hatred of airports, sailing to St Malo, driving up Atlantic coast then swinging South across the width of Spain, through Madrid,Granada and on to our house.

Not one ticket in all that time and many thousands of miles.

So, we sells up and leaves the Notary office and headed off North to Bilbao for a ferry home.

Stuff me, a ticket landed last month for a speeding offence on the AP68 in to Bilbao, a stones throw from the boat on our very last trip. How is that for luck?, the GPS speed warnings let me down for the first time even though Mrs, was indeed saying I was going too fast, I remember it clearly.

Thought it best to pay as I know for certain via other people they will give you a tug at the border the next time you visit if you ignore it.....it is so easy for them to do this now.
I have to say the online payment was simple with none of the usual Spanish traumas we've been used to

Looking on the bright side, you don't get any points on your UK licence.
Tik
Tim
1965 S1 fhc
Show post links
Top

A friend in our village has just received two speeding fines from France - one on the A16 near Calais, the other near Nice - both offences caught on camera in August this year. Her speed was 8kmh over the 80kmh limit in both instances! Helpfully the documents were all in English with easy payment via credit card.
David Jones
S1 OTS OSB; S1 FHC ODB

It must be a very well organised scam to have the correct road/direction of travel, date and time of travel along with her registered keeper address and registration number! The lady in question admits it was her driving in Nice and her sister driving near Calais at the stated time.

The ANTAI (National agency for automated offence processing) site allows you to check your offence file. It also describes the various systems in use, how they are applied and their total numbers. They include car borne cameras with no flash and average speed cameras. They made 104,031 requests to the DVLA for details of UK drivers in March this year, two and a half times the 42,824 made the previous month, and violation Notice's can be sent up to a year after the offence. They are doing this on an industrial scale before Brexit makes it more difficult to get owner details. 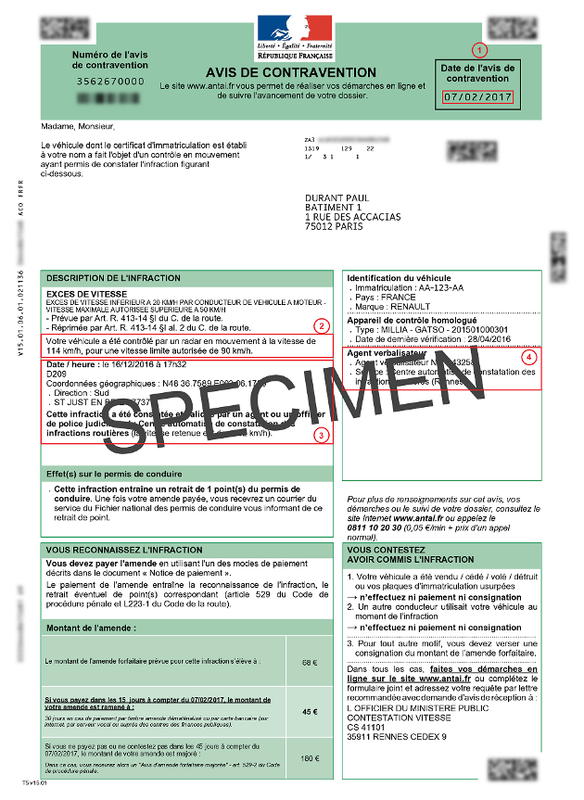 
Another reason not to go to France!

The stupid man who hurts his finger with the hammer always insults the hammer...

Fortunately there's the EType to share a drink in France or elsewhere !

The trick is not to speed. Me and a mate have been to Le Mans every year since 2000 in his caterham 7 (I know....impractical to say the least

) Never had a single ticket in all those years....everyone knows the rules and everyone should know that the French authorities enforce them vigorously....get caught by the Gendarmes and the fine is instant..we have seen people being taken to cash machines by the police

.can't pay sir!..they take the car! Too far over the limit and you get banned there and then!
Those are their rules...
Julian the E-type man
1962 FHC
1966 MGB....fab little car too
Show post links
Top

Actually, the trick is not to get caught!
David Jones
S1 OTS OSB; S1 FHC ODB

Having had property in Spain since 1983 we have driven through France and Spain more times than i can count.
The one and only time we were done for speeding was 1988 in a new Golf GTi. Wife was driving, i was kipping. She woke me saying there were 2 blokes on motor bikes behind her waving at her. Yes Mr Plod X 2.
My wife and i 0 french, Mr Cop X2 no English. Sign language to follow them to a small bank in a small village where a young girl spoke English who in turn told us the cops wanted lots of Francs/Euro (long time ago) for speeding.
I drove the rest of the way AND all the way back home a couple of weeks later.
As mentioned previously i have been flashed many times but to date never received a ticket.
Driving down again on 6th Nov in my M5 (now that is hard to reign in). Think i will be on red alert and paying a lot more attention to the limits. My attention level has been known to wander

I have only been stopped once for speeding in France. When we were on one of our E-Type tours my wife bought a painting from a small seaside village in Brittany then realised we could not transport it home! Two weeks later we returned in our long gone Alpina B5 Touring but I only had the weekend free so it had to be leave Friday morning and return Sunday for a 1,260 mile round trip. We elected to stay two nights in Deauville and use it as a base for the raid into Brittany and back. For those who don't know, the B5 is a supercharged and turbo charged 205 mph BMW estate car that makes the M5 feel pedestrian - it was one of four RHD examples produced and the ideal continent crusher. The trip was a doddle although it involved 8 hours driving on each of the three days. It was only on the return as we joined the A16 that I decided to drop down out of the 'cruise' and one minute later we got trapped at 155 kph, discounted to 140 kph for good behaviour. Cops were more interested in the car than anything else and were almost apologetic for stopping us. We agreed on a 45 euro fine and were waived on our way. At any other point in the trip I don't think we would have got off so lightly. I have never driven so quickly and so constantly (including the UK section) in my life and I would never consider it possible nowadays.
David Jones
S1 OTS OSB; S1 FHC ODB