I will try and bring this back on topic in a roundabout way, but bear with me.

The Crow family are some of the most intelligent in the avian world and if you go outside and shoo them off they will just look down and size you up. Go out with a gun in your hand and they are off - they can read the magnification of your 'scope at 300 yards. Our problem is they want to nest in our chimney which vents a gas fire. We attached a wire mesh balloon to the chimney which they gratefully accepted, bounced on to flatten it and used it as a base for their nest. Getting up at six every morning to wave a gun at them is not my idea of fun so as I lay in bed listening to the boing, boing, boing, caw, caw, caw, I decided on a more pro-active approach to prevent us dying from carbon monoxide poisoning whilst watching TV.

Our gas fire has an infrared remote so I sourced a Wi-Fi enabled IR blaster with a Smart app. I lie in bed and when the miscreants arrive I say "Alexa, turn the fire on" and with a whoosh a great deal of heat and noxious fumes rapidly ascend the chimney. There is about 60 seconds where the Jackdaw's struggle against the inevitable but depart with screeching, toasted feet and singed tail. They quickly got the message that this is not a safe haven to bring up their young.

Alexa is a wonderful device which last month was updated to include a new skill - Alexa Guard. As it is constantly listening you can ask it to recognise the sound of breaking glass and immediately alert you by phone of an intrusion attempt to your home. So £39 buys you an acoustic camera! I wonder if they will paint them yellow?

Just a change of scenery. I have a collection of 1960's Heuer sport watches which I amassed many years ago via eBay when they were worth very little. My previous avatar was an Autavia 'Jo Siffert', the current one is the 'Steve McQueen' Monaco and in waiting is a 'Pepsi-Cola' Autavia, a 'red' Silverstone (complete with racing helmet box) and a Heuer 'Bund' military watch. These were the first automatic watches released and Jack Heuer insisted the winder be placed on the left to highlight the fact. He aimed them at the racing and pilot fraternity and coined the Autavia name as a concatenation of automobile and aviation. Ever the master of marketing he offered Steve McQueen a selection to use in his '24 Hours of Le Mans' and McQueen chose the square Monaco because it was unique at the time. Jo Siffert, who was McQueen's consultant and a driver in the film, chose the Autavia ref 1163 which he wore constantly up to his tragic death. 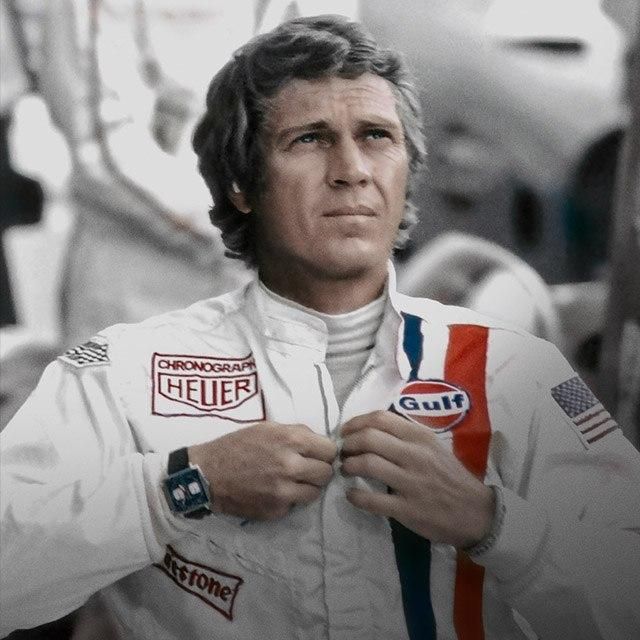 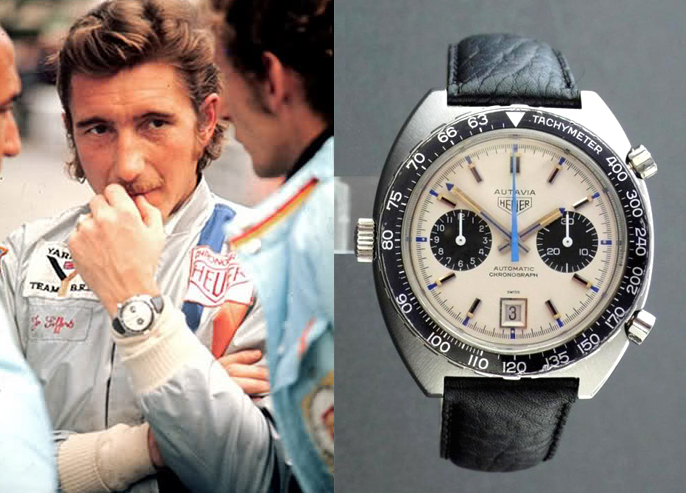 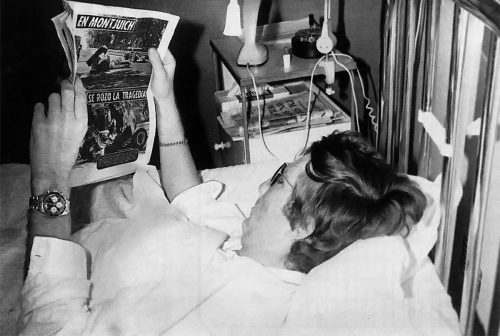 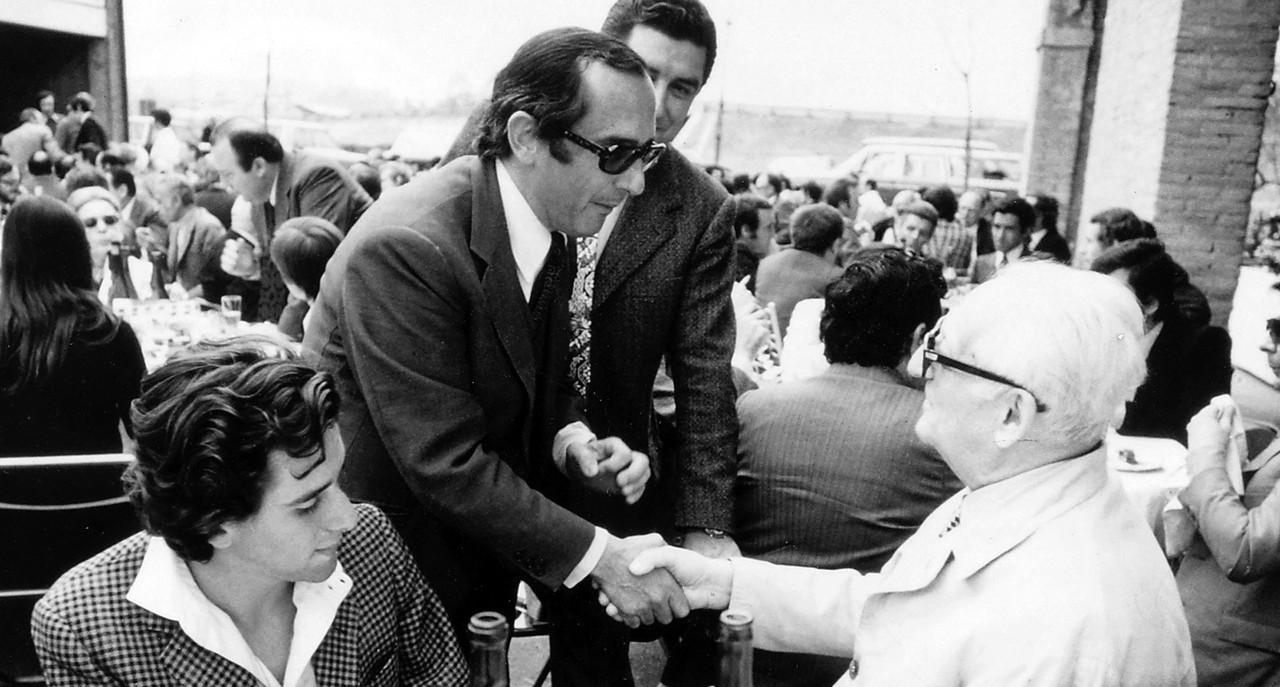 So if you are a classic car enthusiast a 1960's Heuer is part of the culture. Heuer was bought by TAG in 1985 and the wheels came off. They are now mining the heritage with a vengeance and producing endless tribute watches. If you want to know more about Heuer watches and time pieces then head to the 'On the Dash' (a reference to the rally clocks) Forum which lists both vintage and new: http://www.onthedash.com/
David Jones
S1 OTS OSB; S1 FHC ODB

Heuer wrote: ↑
Wed Jun 12, 2019 10:50 am
Jack Heuer insisted the winder be placed on the left to highlight the fact. He aimed them at the racing and pilot fraternity


Was he left handed, assumed all pilots and racing drivers were left handed? Can't understand a reason for the winding crown to be on the left, except to be different?

If it was the latter, then so be it.

BTW, this be thread creep

Gfhug wrote: ↑
Wed Jun 12, 2019 12:43 pm
Was he left handed, assumed all pilots and racing drivers were left handed? Can't understand a reason for the winding crown to be on the left, except to be different?

If it was the latter, then so be it.

It is an automatic movement therefore should never need winding when on your wrist. Ditto you should rarely have to alter the set time as it is a certified chronograph movement. If it does stop when off your wrist you would re-set it with your left hand before strapping it on. Manual Heuer watches of the period had the conventional winder on the right.
David Jones
S1 OTS OSB; S1 FHC ODB

Thank you for explaining

Firstly, apologies to all for off-topic-ing but as it’s regarding Heuer’s very desirable watch collection I thought I might get away with it!

David, thanks for a great background and super images. I know all the watches you describe very well as they are all very much on my wish list! Sadly I missed that boat, though I did find a nice unrestored 7733 manual Heuer chrono, which I wear often. I did manage to collect some of the 70s Seiko automatic chronos, Bullhead, UFO etc before they went silly. My ‘best’ watch is an Omega Speedmaster mk IV from my birth year, that was my 40th treat to myself. I do love the racing chronos of the 60s and 70s but unfortunately, so do many others these days! Beautiful pieces of elegant engineering, not unlike the cars that bring us all together here!

I prefer the Autavia! But being a watch man, variety is the spice of life. I’m into IWC and Zenith. It’s to do with the quality of the movement! We could start a new thread on watches!!! Come on David.
Show post links
Top

Perhaps an understanding of the Zenith El Primero movement. Beating at an amazing 36,000 vph (5Hz) and capable of measuring time to a tenth of a second, the El Primero was perhaps the most impressive of the three world-first automatic chronograph movements that appeared in 1969. Heuer being one of them, Breitling the other. Unless you are a watch bloke, these watches are less well known, and bear in mind that the famous Rolex Daytona, the real daddy of them all used a Zenith El Primero movement. This being the one made famous by Paul Newman, and the most famous of all car watches. In value terms, Rolex has reached silly Ferrari type values on the watch markets. Zenith, who still make the most accurate movements, are relatively cheaper.
Show post links
Top

I wonder if one of these acoustic cameras could be reappropriated to help identify mystery noises on the E that refuse to be reproducable in the garage?
Phil
1962 FHC 885626
Show post links
Top
Post Reply Previous topicNext topic
29 posts