Dont know about that one.

I thought that dimensionally the S1 and S2 are the same. Could be wrong though.

Dont they have the same track? 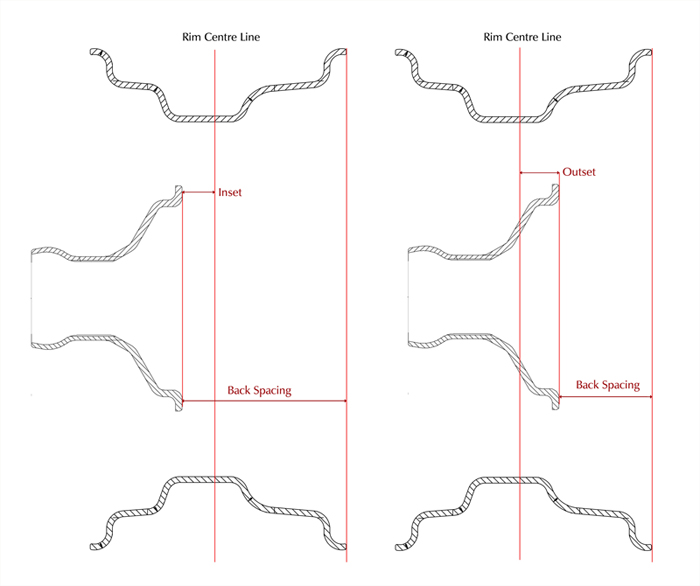 I have seen this, and I understand the principle. It is called „Einpresstiefe“ (depth of being pressed into...) in german.

Now, what I do not know but it seems I have to know is which value is ok for my car ? Which depth is optimal and will not rub ?

Limora said in the online help chat that the 6.35mm offset variant, being the most expensive btw, will work.

But how can I be sure ? And what about the 3.2 mm and the 8 mm version, who needs those, then, and why are they cheaper ?

All I can say is that I have seen the MWS 5721 6.5 inch fitted successfully to both Series 1 and Series 2 cars.

I removed the rear bump stops on mine. 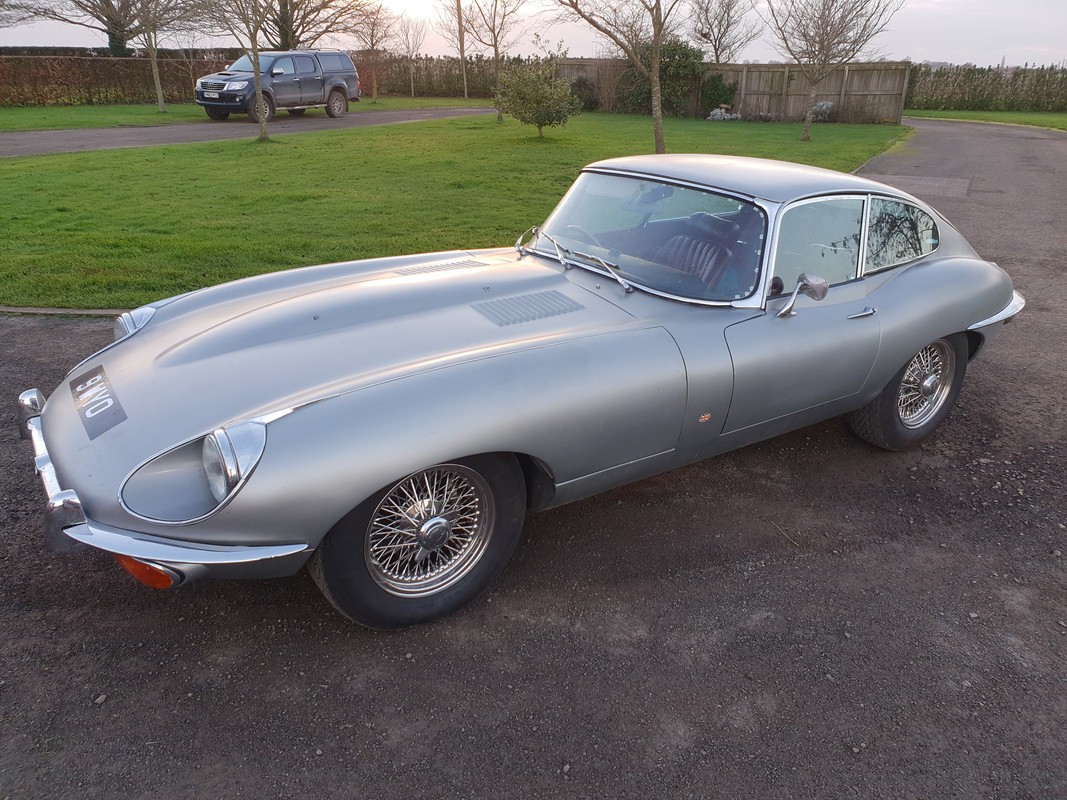 P.S.: and with above combo the spare fits nicely in the trunk without any issue.
Ralph
'69 OTS + '62 OTS - Belgium
Show post links
Top

I originally had Daytons on mine 15x5 supplied by SNG. There were problems with them not being true. SNG eventually swapped them, but the replacements were also not good. Later it was found one had damage to the interior edge causing the issues. They were replaced with MWS who removed the Daytons, found why there was an issue and very professionally installed the 15x5 MWS wheels. They also showed me the workshop and the checks they do on their wheels.

If Dayton had been in the UK, I am sure they would have done the same. The fact they are not was probably hindering the resolution of the problems. I am led to believe that SNG will reduce their use of Daytons in the future and they will be a special order item.

The MWS wheels I have fitted are the XW472TL-C (15x5 inner and outer laced, stainless steel, chromed, flat hub). They have 205/15/70 Vredestein Classic sprint, and the bump stops do not need removing. There is some slight rubbing at full lock on the fronts.

I have the winter wheels mounted at the moment so can't take some pictures. The best I have is this one, but the wheels are the Daytons - little difference though. 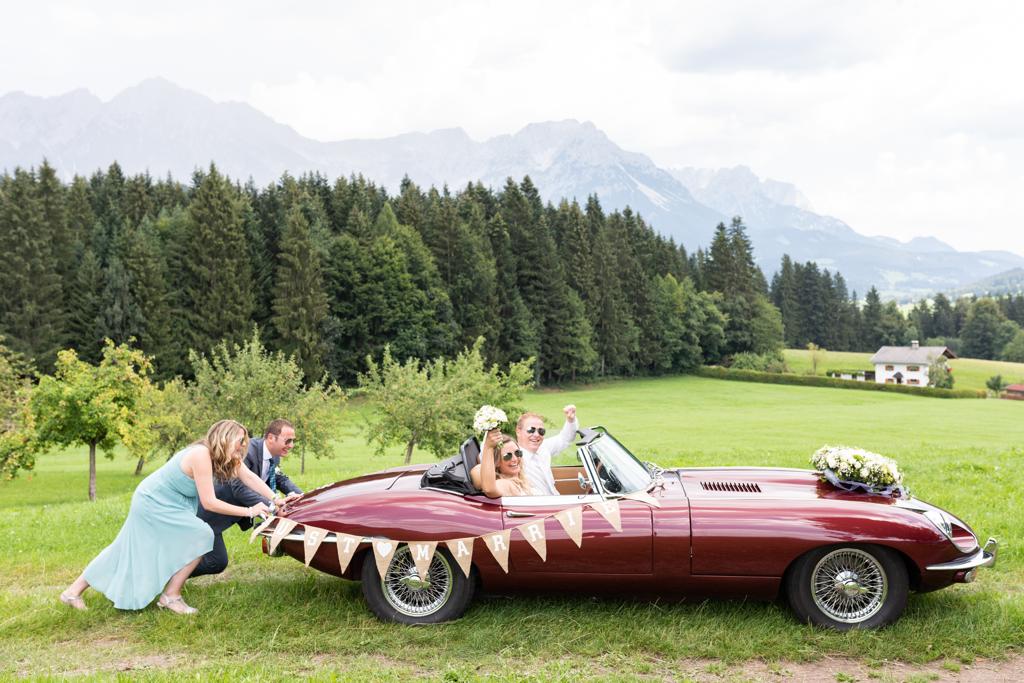 If you want to keep the bump stops, then a wheel with the standard (ie 97mm) backspacing should be ok;
eg XW5778 / 6x15: with that wheel the outer rim moves 1 inch to the outside (track is also widened by 1 inch/ 25mm).
With the wheel you mentioned (XW5745 / 6x15) you have even 2mm less backspacing, so should be no problem there (track + 29mm).
I dont know if rubbing occurs under full suspension travel on the outer top of the rear wing though.

Then, I found a special at SNG, plus some germans recommended Daytons to me:

The description says S3 V12 though, and I believe it has a very different offset ?

The ser3 wheel has a backspacing of 109mm and a flat hub (ser1: curly hub). The correct 6x15 would be Dayton JB156.
Much has been said about tyres on the forum. Unfortunately good tyres for the Etype are not cheap. But do not underestimate the influence on handling, ride quality, noise, let alone grip. You could try the Dunlops and get some experience though.

All 185VR15 tyres can be fitted to 5", 5.5" or 6" wheels. By increasing the width of the wheel you are stretching the tyre side walls outwards to fit. This makes the sidewalls stiffer so reducing ride comfort but making for more precise handling - your choice. Fitting more modern rubber profiles or increasing width will not improve road holding, they will merely push the break away point further towards the danger zone. So 185 tyres will allow you to drift easily through corners whilst something with a greater contact patch will snap release at their limit resulting in unpredictable consequences.

Wide wheels and modern low profile rubber on an E-type are "fool's gold" and will reduce your enjoyment of what was a very well tested and sorted car. The only reason to move in that direction is to reduce running costs because modern tyres will always be cheaper than specialist ones.

I doubt any of us with our modified cars could have kept up with Norman Dewis on his Geneva run!
David Jones
S1 OTS OSB; S1 FHC ODB

in preparation for Tuev, have you aquired a Datenblatt yet? They definitely have a say on the tyre dimension, they may decide to put on a dimension for the wheels as well. What I want to say is up front I would talk the wheel set through with your local Tuev-Ingenieur doing the road test, and the historical sign-off, before commiting to a specific wheel.

I made contact to the TÜV today. A friend who works in the Ps-Speicher asked „their“ local TÜV engineer who apparently said he knows me because I have a Citroen SM....

I‘ll follow that advice. Best price I could find yet was SC at 433 Euros for the XW5745, the Dayton being not available through neither SNG nor SC. The XW5778 is about 404 at SNG.

Then, I found a set of 185/15 Dunlop tyres as written above, good profile left, for around 300 set price, including a set of slightly damaged 15x6 rims.

That may be a good way- new rims plus used tyres. I have to find out more about the Dunlops...

Regarding Lacing, isn‘t it better to go for Competition / triple lacing, in comparison to double lacing ? The xw5745 is triple, and the xw5778 is double ?

I'm not sure whether you want curly hubs or not but if you're happy with the flat, easy clean, hubs then Aston Martin DB6 6" X 15" wheels from MWS fill the E Type arches nicely.

But, they also said they have no TÜV list to determine which wheels / tyres are allowed on which car, so all I can do now is to wait for the TÜV guy to call me back, so I can find out which wheel is ok for my E and which not...

I was lucky. TUV assumed the wheels were the original ones to the car as they were spoked.
-Mark

Yeah, but if you don‘t have that luck, you walk home...not drive.

And buy new rims, and have to find a buyer for your „forbidden“ ones.

I am poor, so I cannot afford this to happen.

I know. and Switzerland is usually even stricter.
The other option is to have a set of original wheels, powder coat them so they look reasonable and make sure you use tyres that can go on both.

here an excerpt of my Datenblatt showing tyre dimensions demanded, with wheels being either steel or spokes, 6x15. They show an alternate tyre size 205/70R15 78V, these will be checked for free spinning, also in reverse. They did check my my tires, I have Michelin XVS. I believe my rims to be original, they never questioned me on those. If brand new, and thus obviously aftermarket, they might feel inclined to ask for documentation supporting the legal use on your E. My guess would be the‘re going to blinded by all the bling of your shiny chrome and totally forget all this - you just never really know up front. If you want a copy of my Datenblatt give me note with your email address.

As a side note, mine is a US import, they also have the data down on CR, Strombergs and 4 gear transmission. Chang something (e.g. Strombergs to SU‘s) and you lose your privilige to the historic status - thus higher tax and insurance. 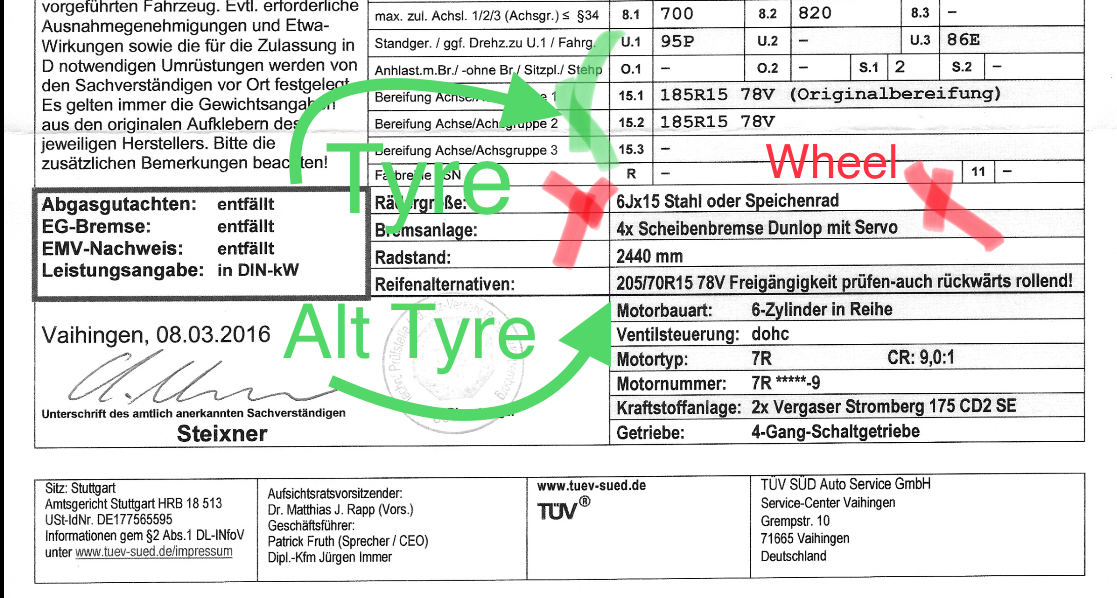