Hi all
Just thought I’d share this for some light relief!
My coupe was originally owned by a heavy metal band leader in California called Don Dokken(Dokken are still going)
The car came to the UK in the 80s and was converted to LHD...I got it for £12,000 in 2011 as a bit of a wreck!
It took me a while to sort it but it’s now lovely in its original OSG and I drive it as often and as fast as I am allowed.
When stripping the layers of paint off we found 3 bullet holes brazed over under the filler on the rear left hand side...one just behind the fuel filler lid. The slug was no longer present BUT had clearly had the energy largely taken from it by entering the wing ...so much so that it was stopped by the rear box section of the fuel filler box
I decided to leave it unprepared for a bit of historical patina. I am attaching two photos...you can see that it came in st a bit of an angle and just split the metal.
Fun eh?
Robbie 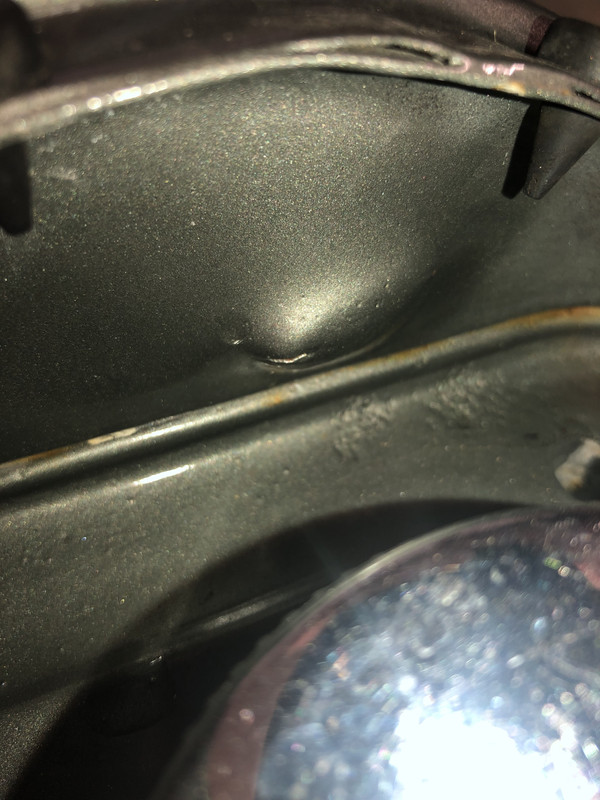 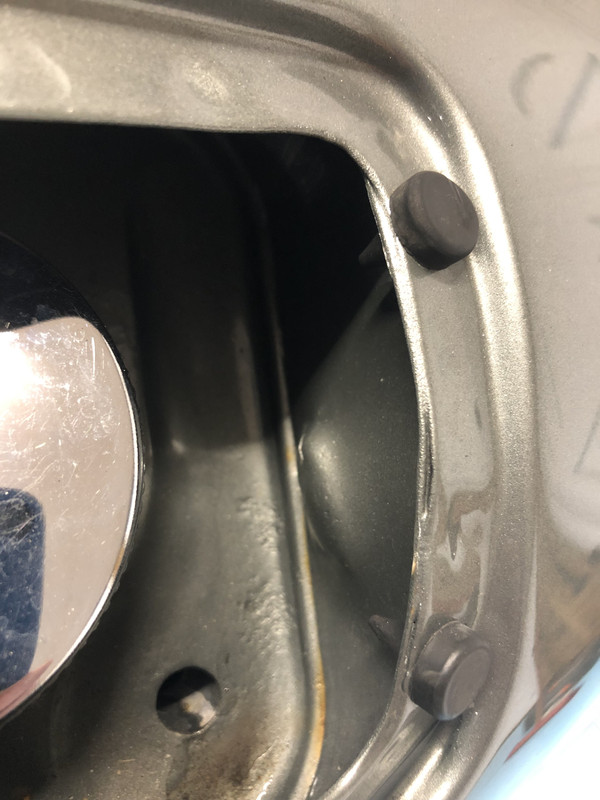 An E type that got shot by a heavy metal star and lived.
James

Same here! My friend Martin's car, a California import, when stripped had a bullet hole through one of the doors.

Wasn't owned by Don Dokken though

Wow...anyone else??
I’m not sure who actually shot the bullets...I like to imagine Don was driving off with someone else’s girl??
I understand they were a support band for Metallica

That is the funniest Jaguar story, no the funniest car story I have ever heard. Fantastic.
Chris '67 S1 2+2
Show post links
Top

If you are a member of jag-lovers, they’d love to hear this story as well.
Chris '67 S1 2+2
Show post links
Top

It wasn’t parked in Dealy Plaza late November 63 by any chance?

Having said that I do prefer the jealous boyfriend theory.

Hi Simon
No idea I’m afraid
It definitely lived in California for the first 20 years of its life then back to UK.
I have receipts signed by Don Dokken first for services/spares though!
I understand they shoot at a lot of things in the US so I’m not surprised ..it’s just fun to imagine how it may have happened!
BW
Robbie
Last edited by Robbiee on Fri May 03, 2019 10:53 am, edited 1 time in total.
Robbie 1962 3.8 Coupe OSG 1962 OTS ODG
Show post links
Top

I saw yours when it was under restoration. Always made me smile.

Duh...just got the reference
The bullet trajectory could solve the grassy knoll theory......now if only someone had a photo of my car at the scene of the crime

This one deserves a really good, James Bond-esque story: The original owner was a British agent conducting a between-the-sheets interrogation of the Russian spy, when her East German ski-instructor/hired-gun boyfriend walked in. While our agent was making his escape, the assassin squeezed off a few rounds from his Sig-Sauer P-210 in the direction of the now-departing E-Type. The agent returns the E-type with its bullet holes, and Q gives him the usual lecture about not taking care of the Queen's property.

Planning on getting E-Type No. 3 as soon as possible....
Show post links
Top

Dunno ‘bout the rest of you, but neither my light reliefs, nor my fantasies involve anything that could be shared on this forum.
Chris '67 S1 2+2
Show post links
Top

Hi from the photo it looks like the bullet came from the rear of the car, possibly near the left side directional. Fast getaway I suspect.
Frank B 63 E type coupe BRG
Show post links
Top