For those people able to attend the NEC show in Birmingham last weekend, you will have noticed how well Jaguar cars were represented with a few Etypes scattered around and it was nice to see a tribute to Norman Dewis too.

Some people were aware that Moss had asked if they could borrow my Etype to display on their stand because they were launching their Etype Catalogue. After talking through some terms and conditions I agreed and the car was collected by professional transporters and taken to the show. I am pleased to say the Moss team looked after it well and it was delivered back home today.

After a month of deep cleaning, it looked rather nice.

Below is a link to their You Tube video which i hope is permissible by the admins. If it is considered to be an advert I will delete the link and upload a few pictures instead...

The E-Type must be a mixed blessing for Jaguar.I`m sure they would not risk displaying one anywhere near their present day range of cars for fear of potential customers comparing them and drawing unfavourable conclusions.Park a modern F-Type next to a concourse 3.8 roadster and I can guarantee which one will draw the biggest crowd

Yes,
I was there and there were loads of nice examples of E types.

I saw Chip from P&k Nottingham, he had Marcus's navy blue FHC on his stand half assembled with the bonnet off and a rusty XK coupe. It is coming on very nicely.

Chip is doing the XKs around Nottingham for the club and I am doing the E types around Lincolnshire for the E type club.

I thought it was an excellent show with lots of interesting people and some great cars.

The E types still looked the best though! They win.

My favorite one was Sherwood Green.

It is my latest most favorite e type color.

Hi James...."Chip is doing the XKs around Nottingham for the club and I am doing the E types around Lincolnshire for the E type club." .....dont understand.......what are you doing? ...Steve
Steve
1969 S2 2+2 & Building a C type replica
Show post links
Top

Richard and I visited on Sunday and had a great day. A perfect excuse to visit a nearby Chinese buffet restaurant I knew from my days in Brum also

Some photos from the day - as ever a good mix of all sorts on display. Saw your E-type Chris - it looked lovely. 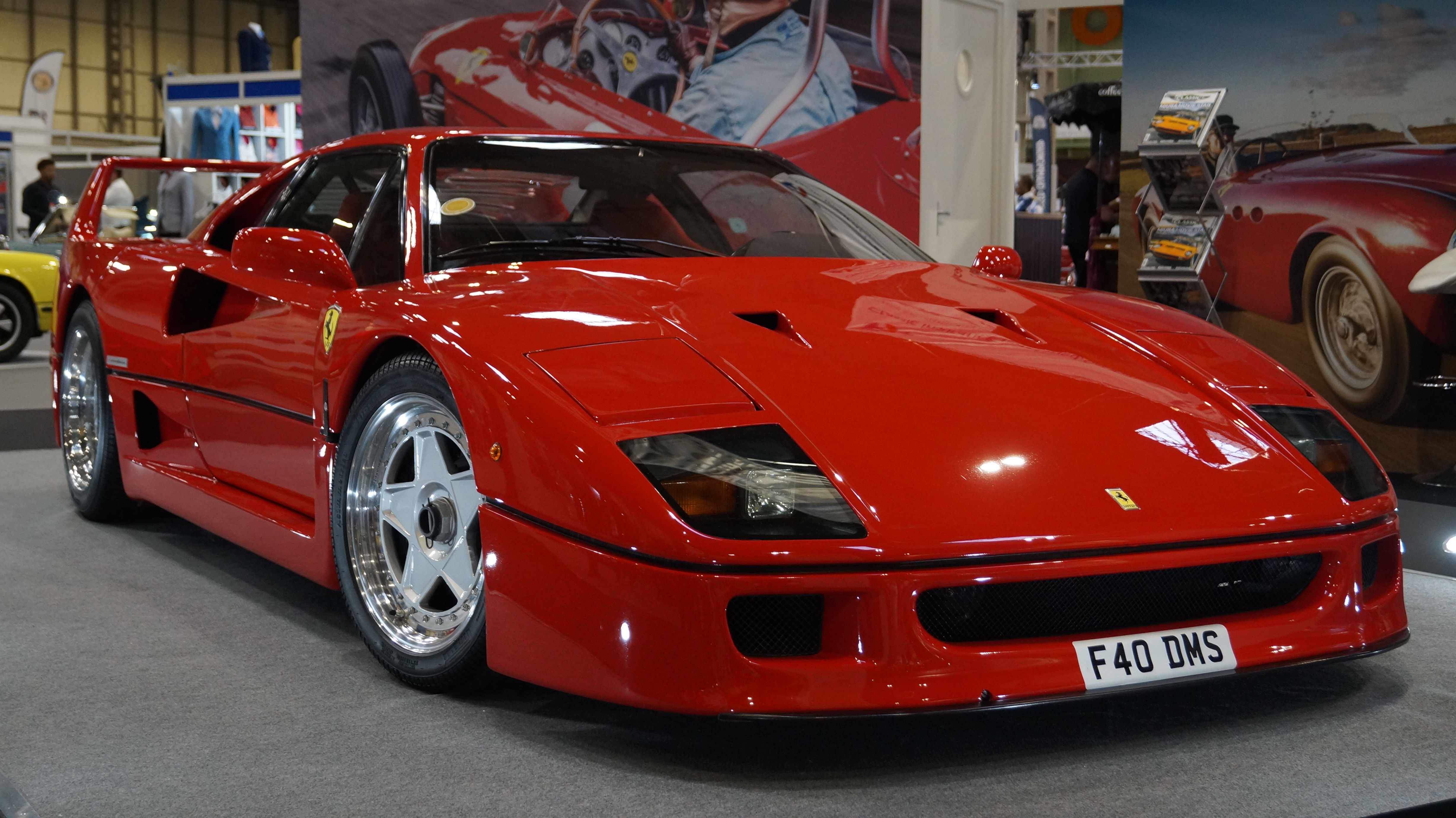 I love the two-tone cars, something I wish was done more often nowadays (or at least reasonably tastefully!) The Healeys in particular always look fabulous, although the Herald looked so nicely done as well - we used to have a later Vitesse-style Herald convertible, so I will always have a soft spot for them. 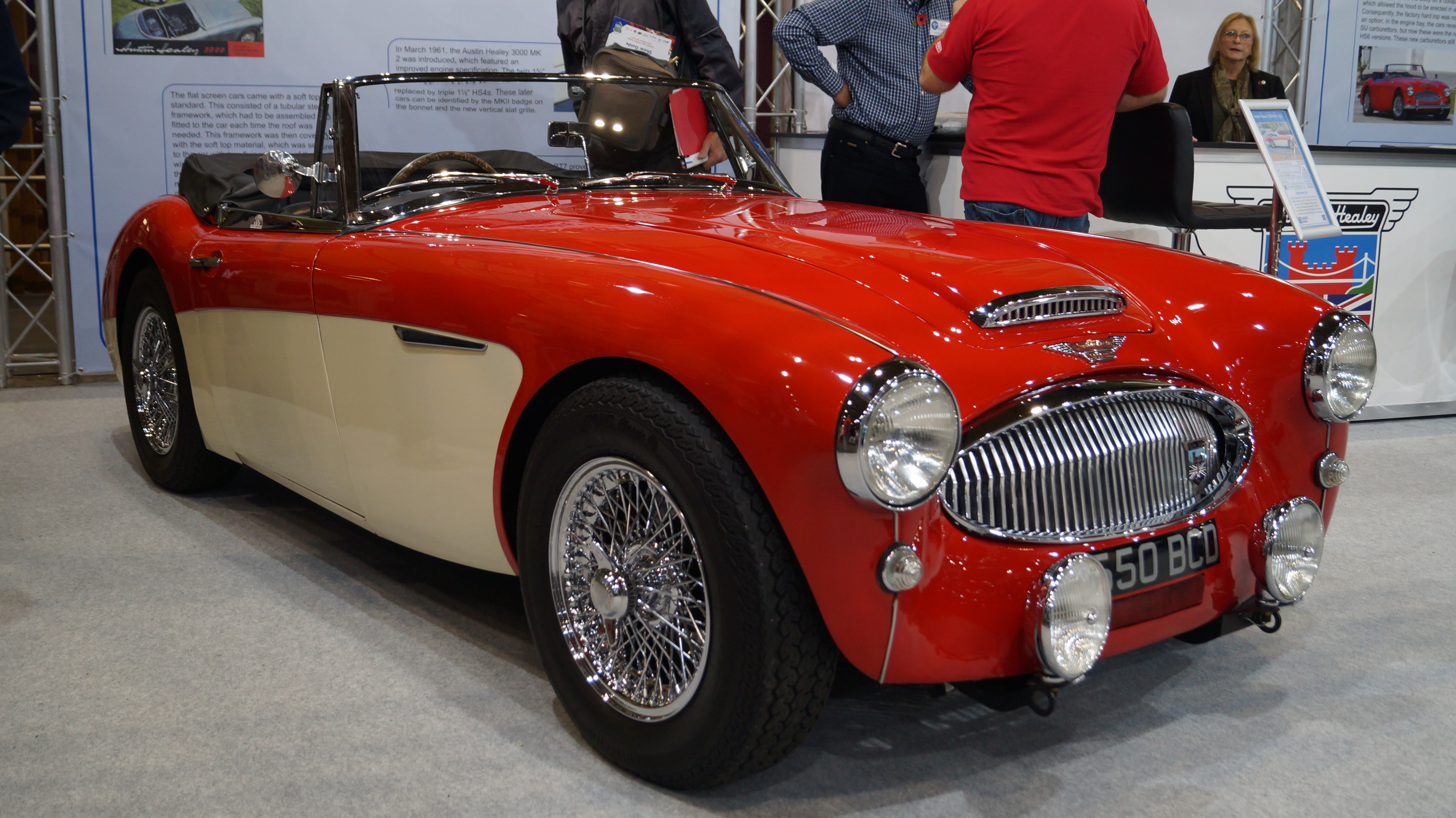 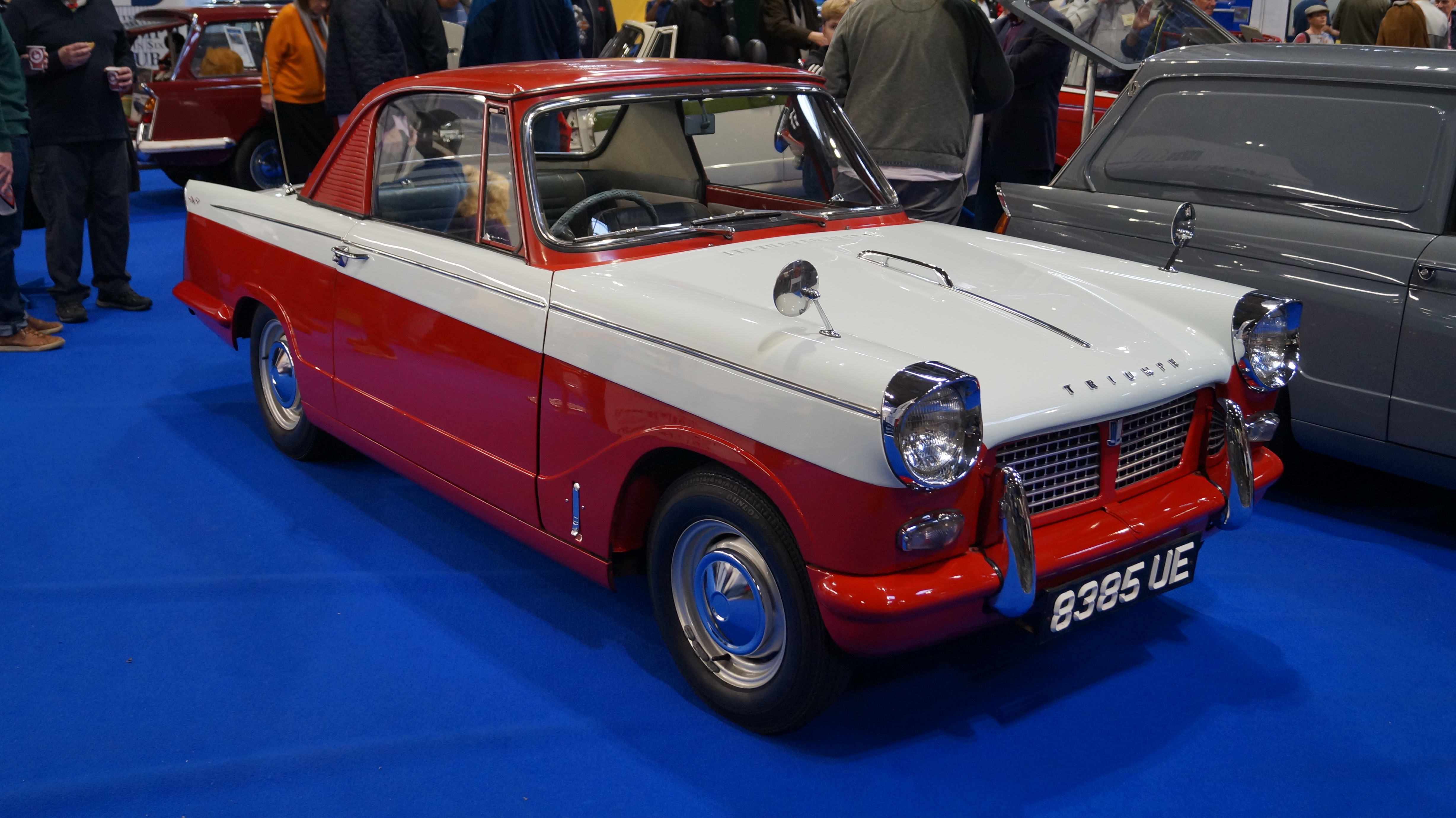 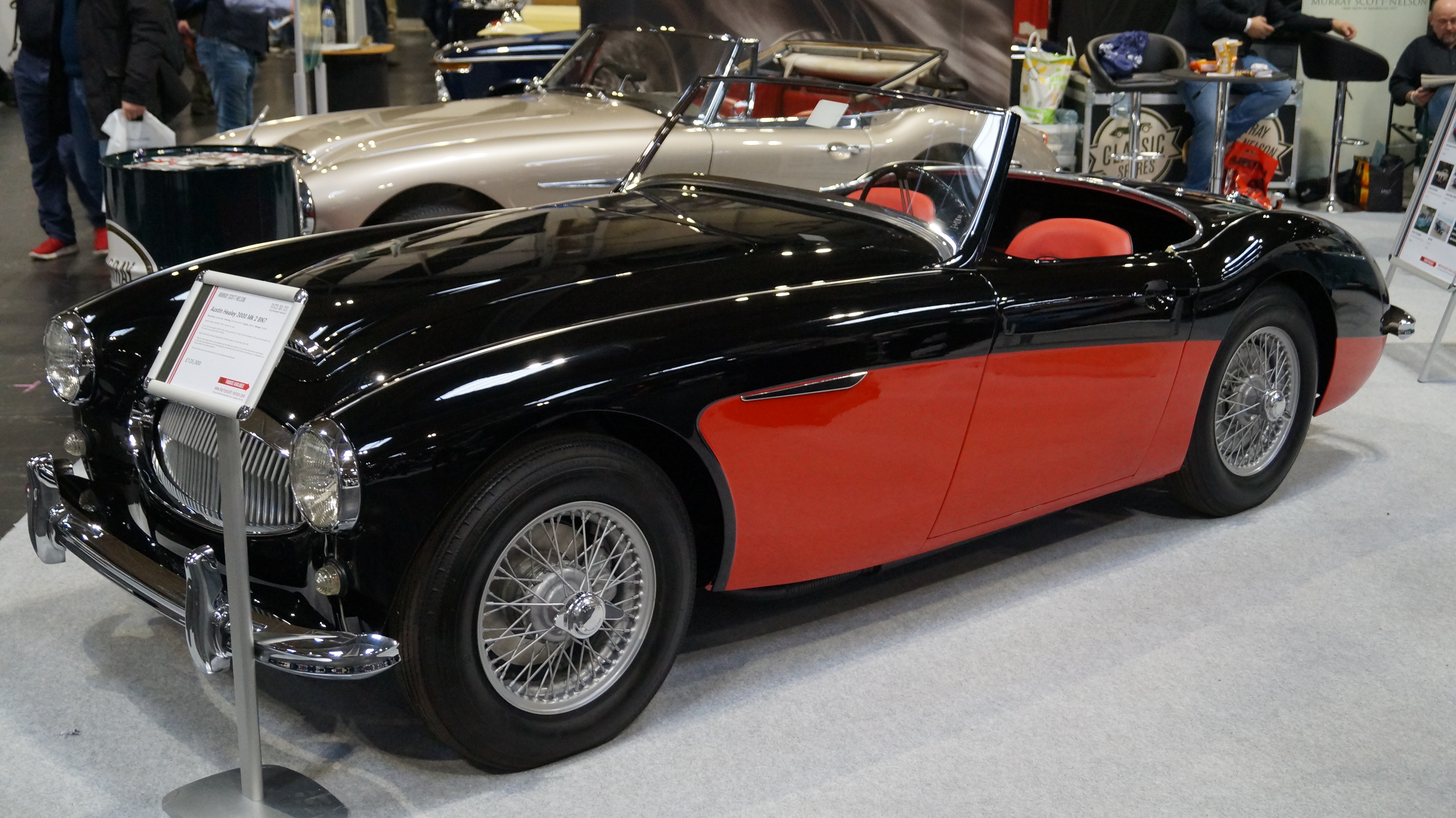 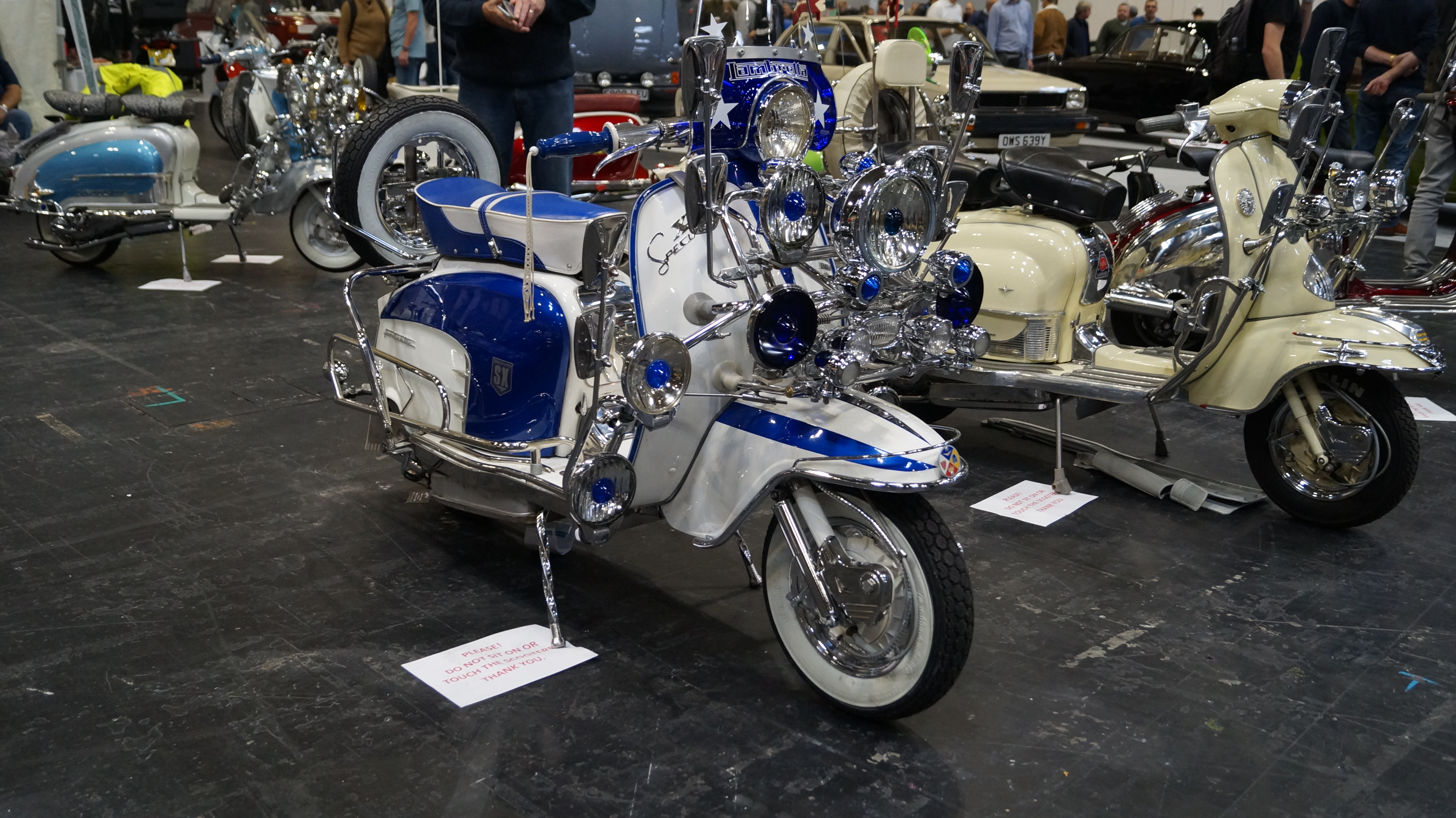 Don't forget the scooters as well!

One owner had a diorama of his car in his garage, and the photos he had on display matched perfectly to scenes from the restoration - something I should aim for, but the other way round? 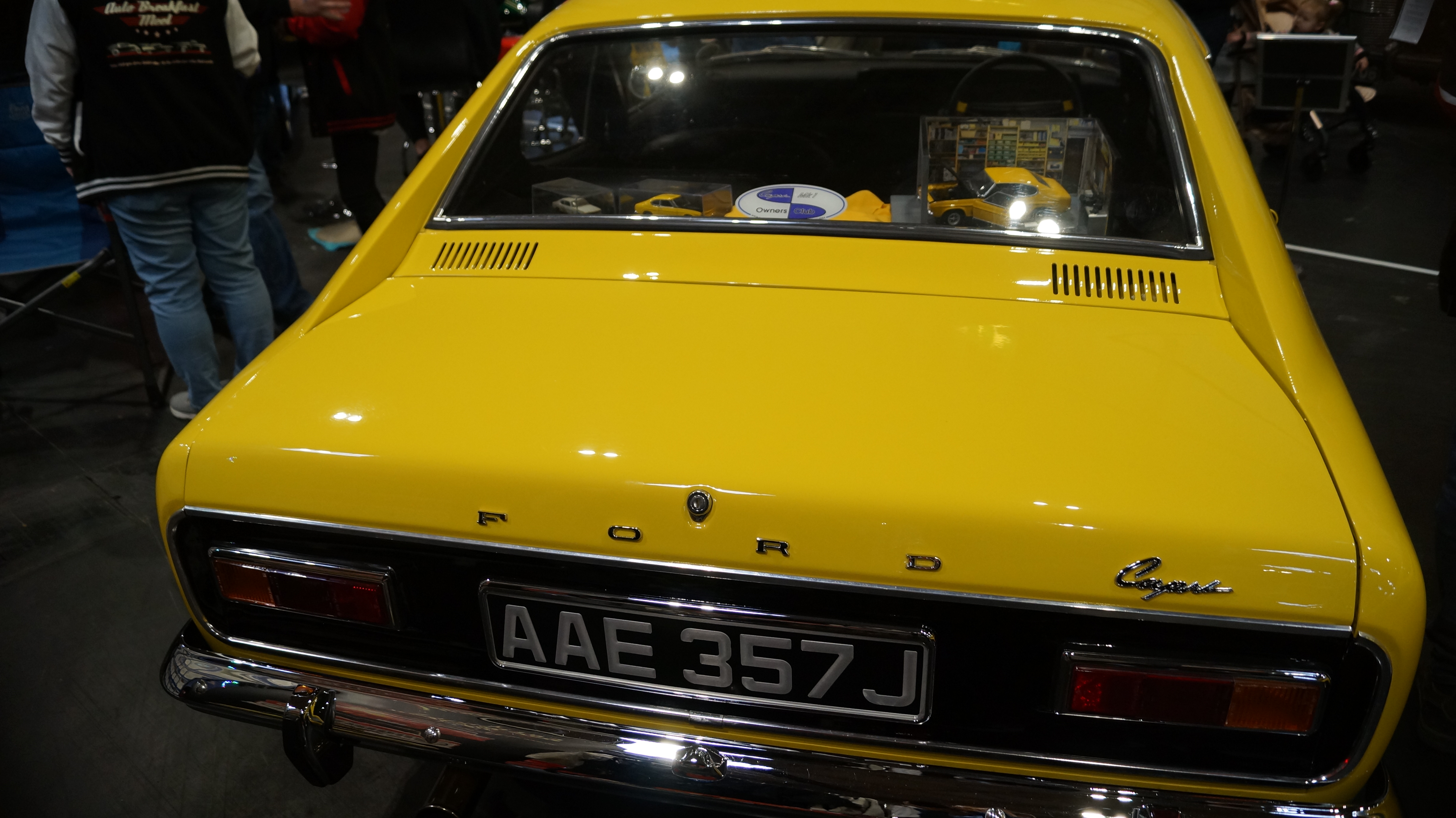 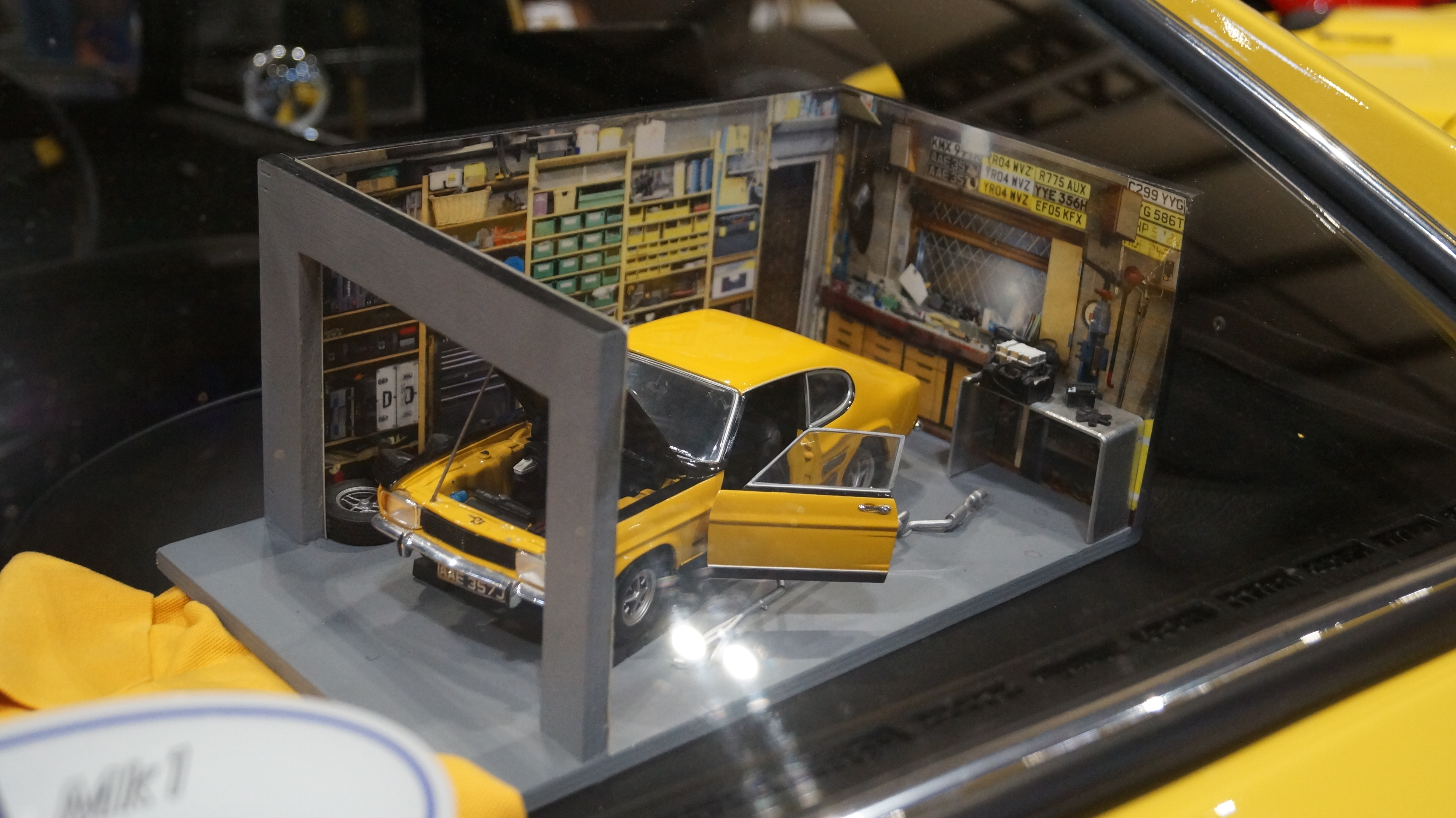 Richard talking to the owner of this lovely little Austin - a young lad who uses it as his daily driver after a few sensible modifications. The owner is part of the Cosehill Auto Breakfast Club, which Richard occasionally takes the FHC along to. 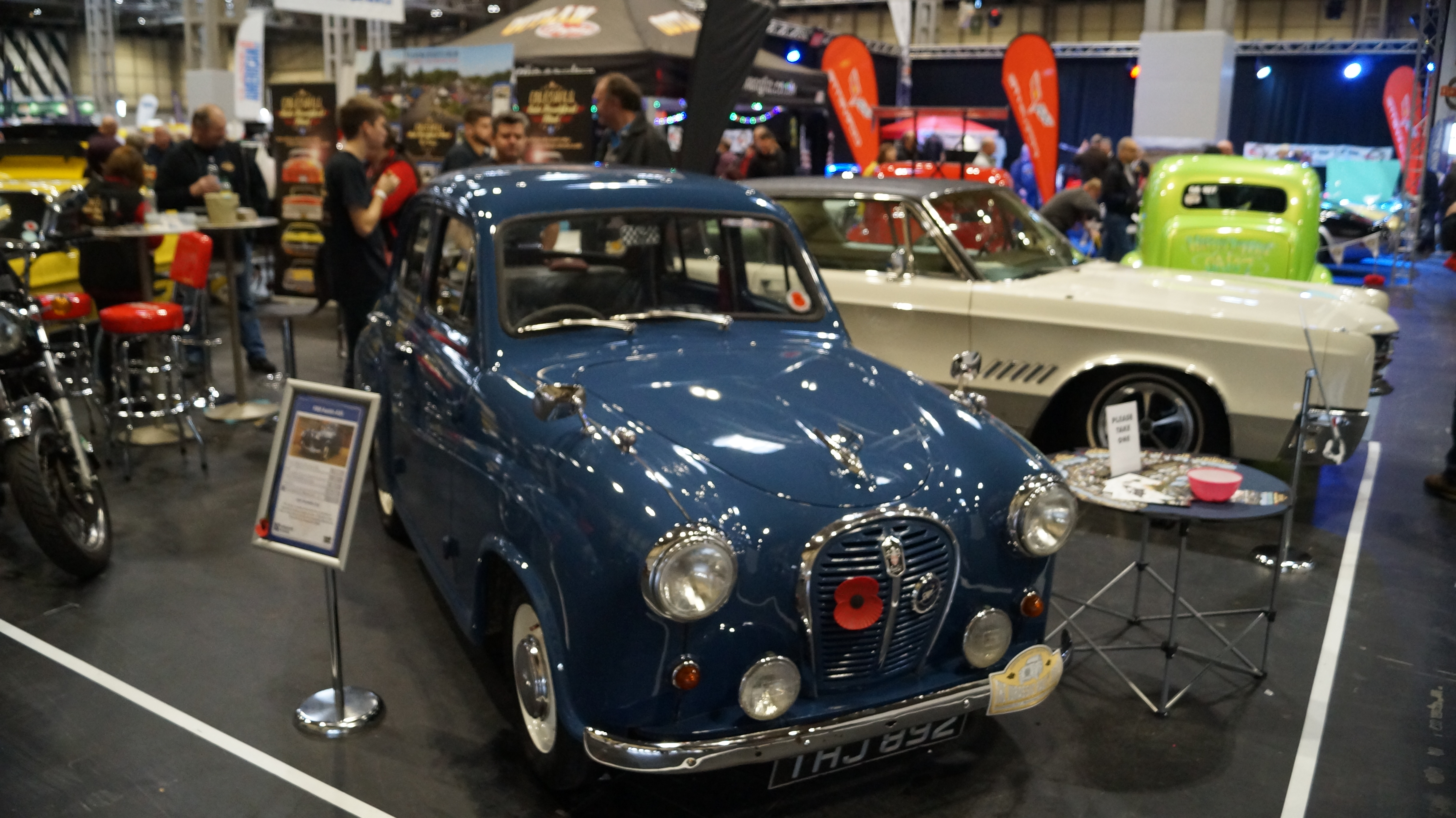 This MGB belonged to another member, Kieran, who is also a part of a young MG car club. Great to see fellow "youngsters" involved! 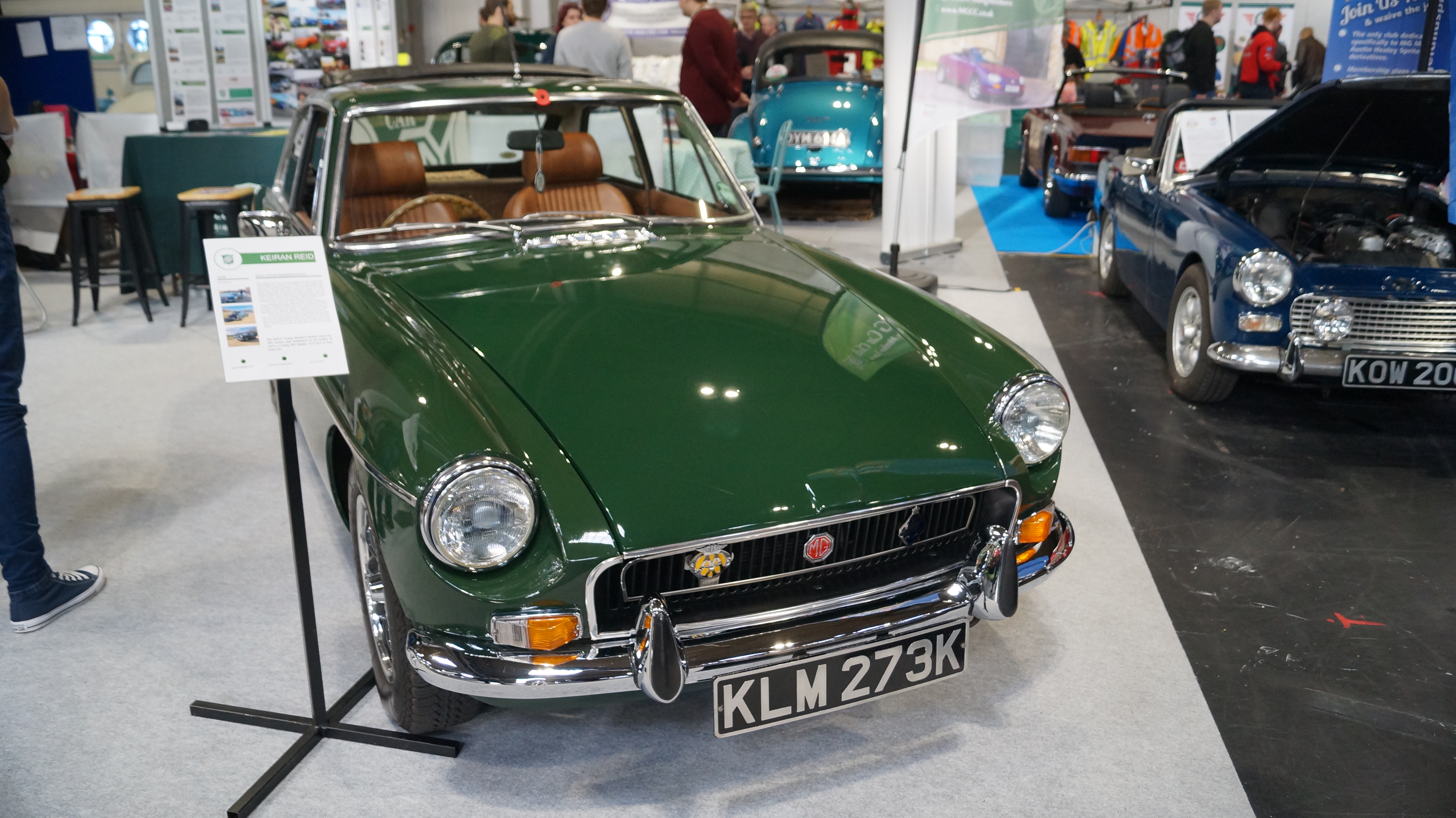 A few photos of some of the lovely Jaguars, including an unrestored 1970 S2 OTS (original paint and everything and although the interior had been messed with slightly, it could be a candidate for a "preservation" type restoration). 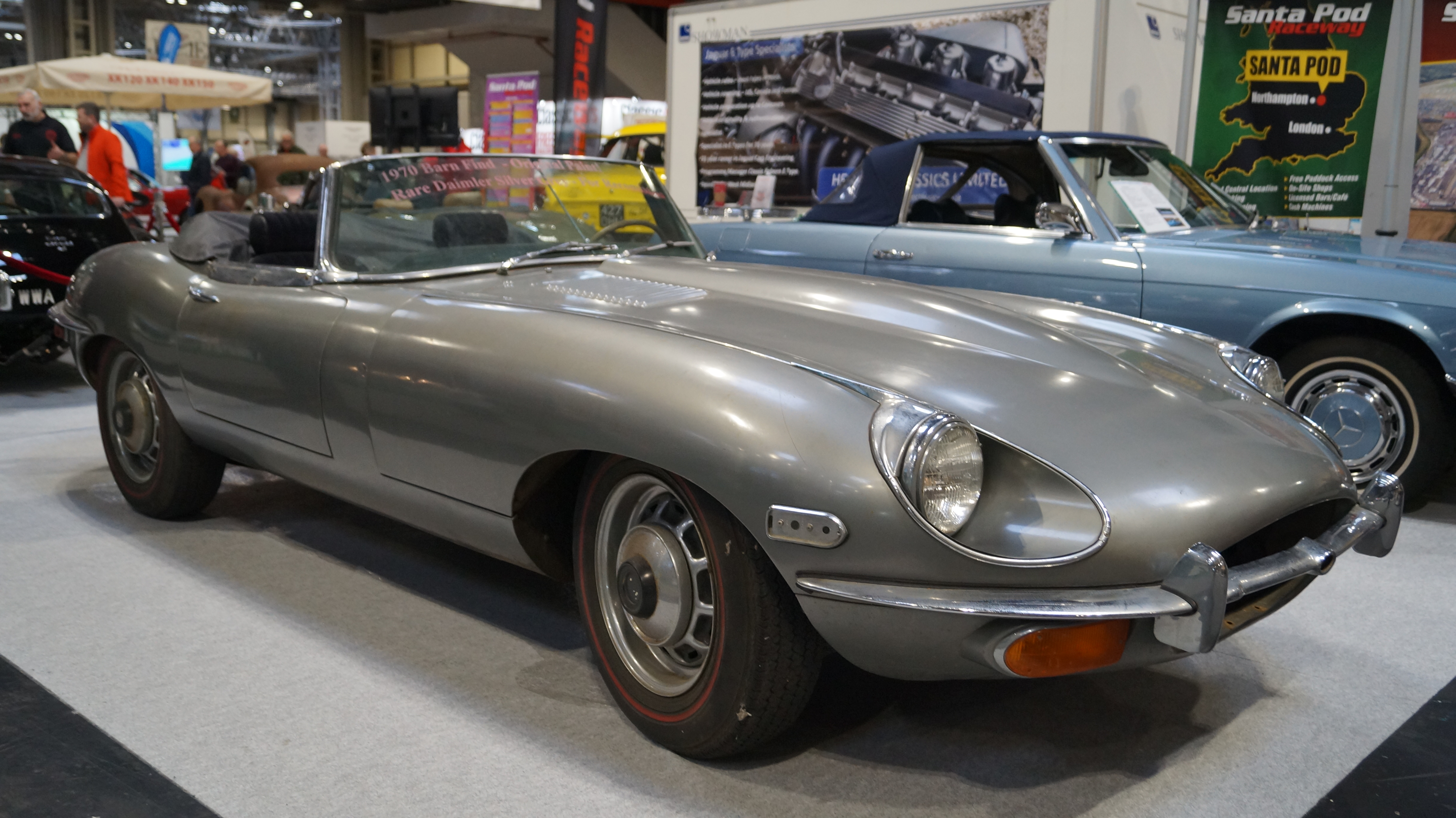 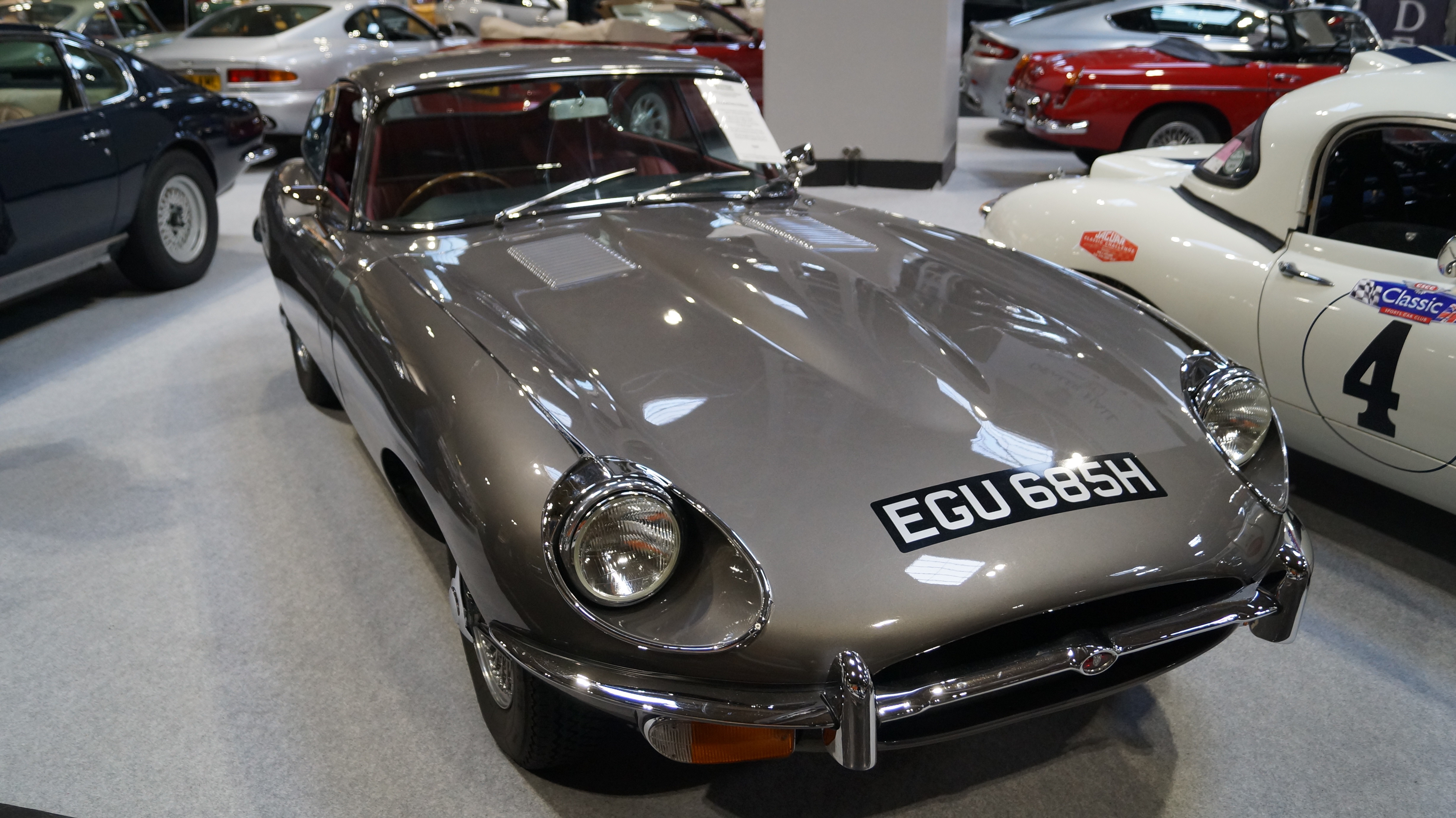 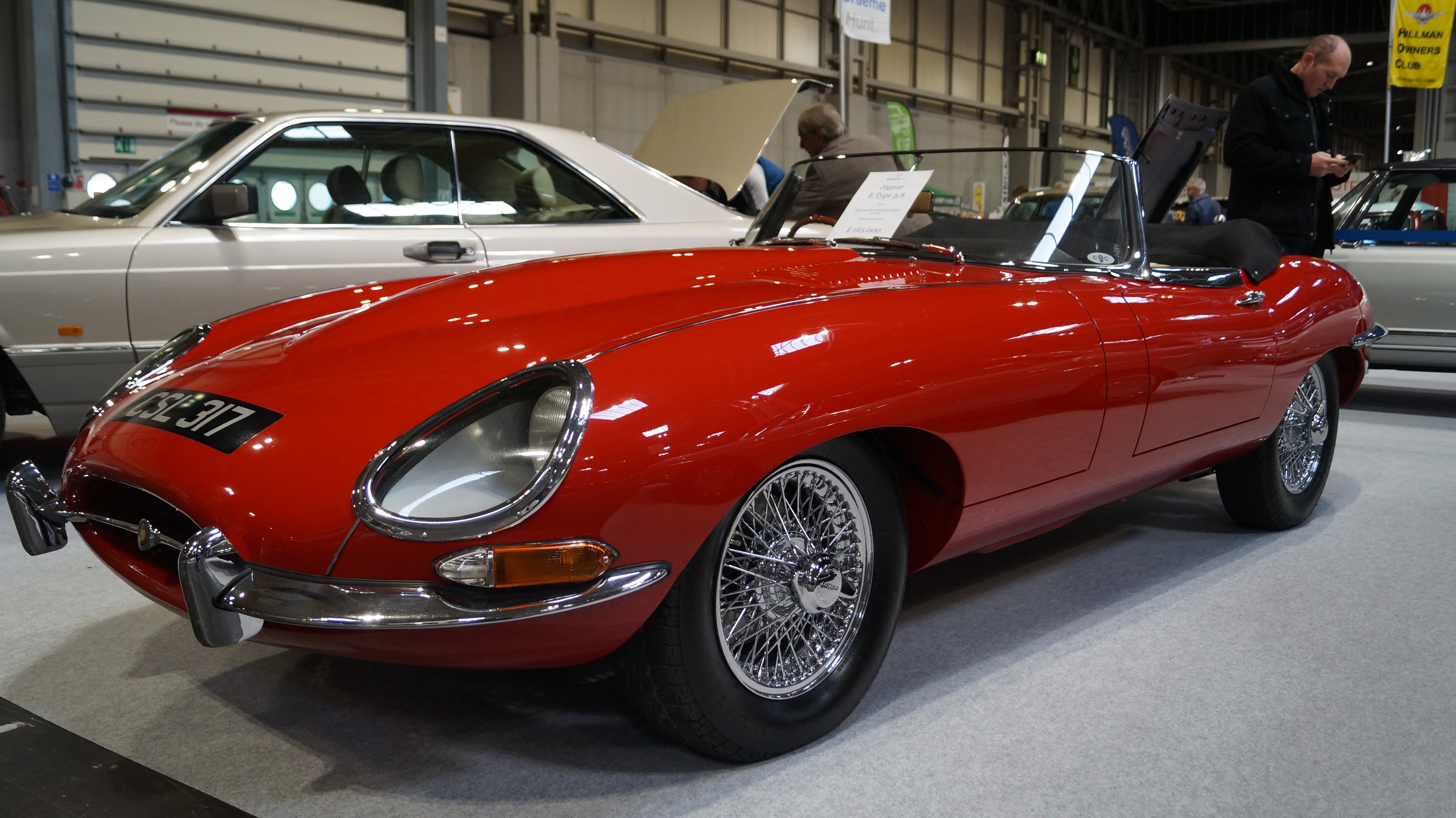 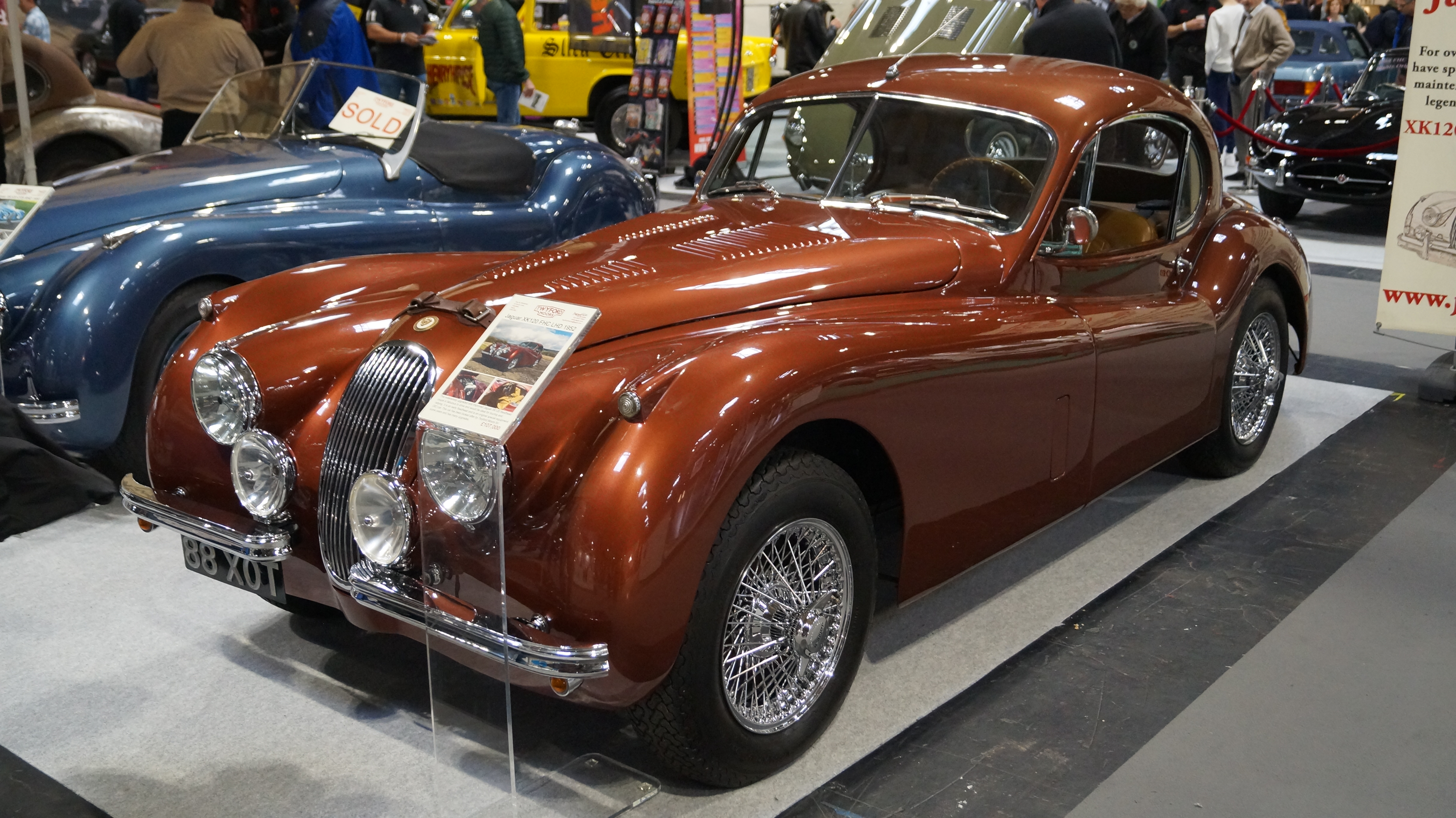 And then a few more of me wandering and messing around 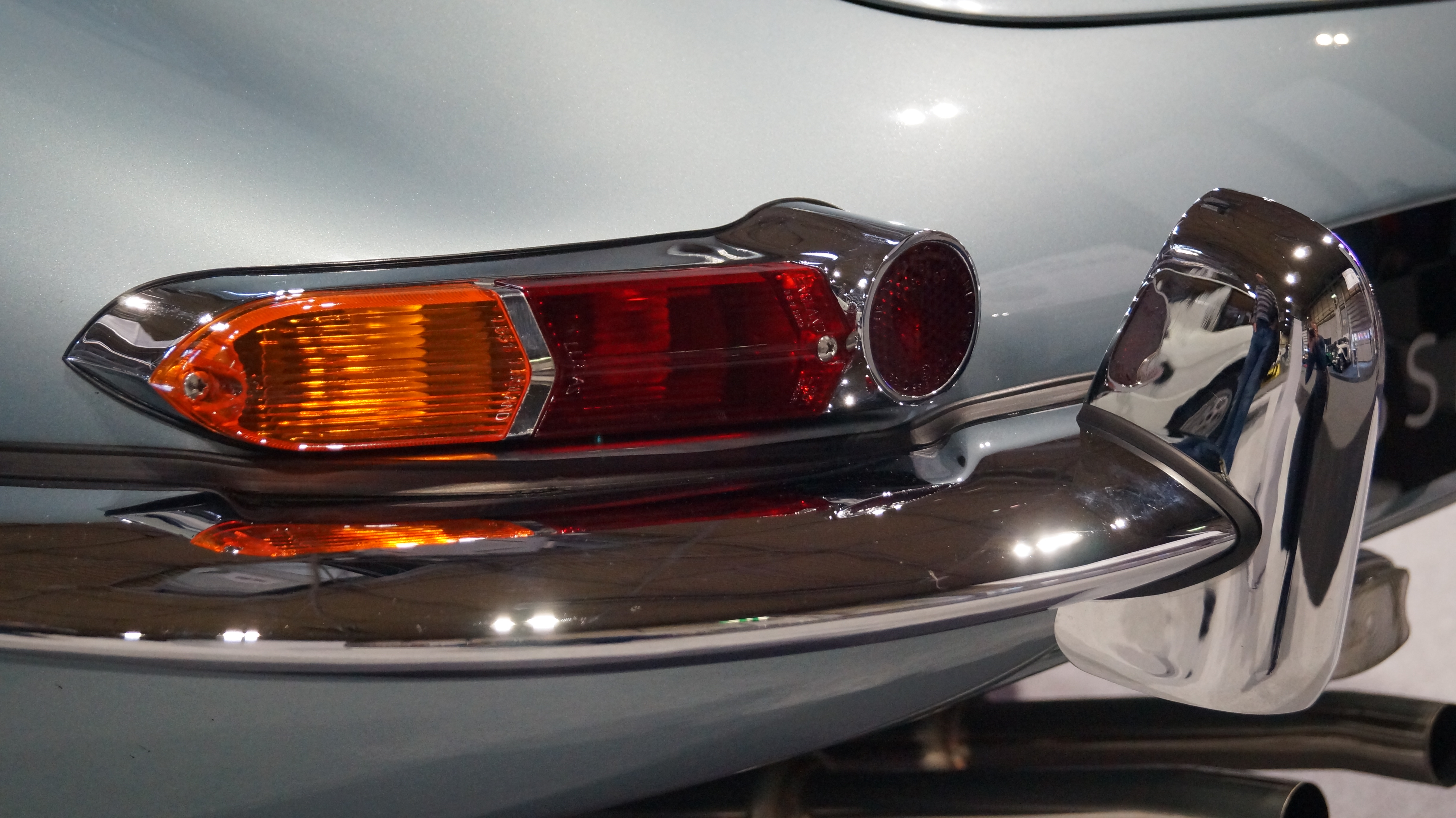 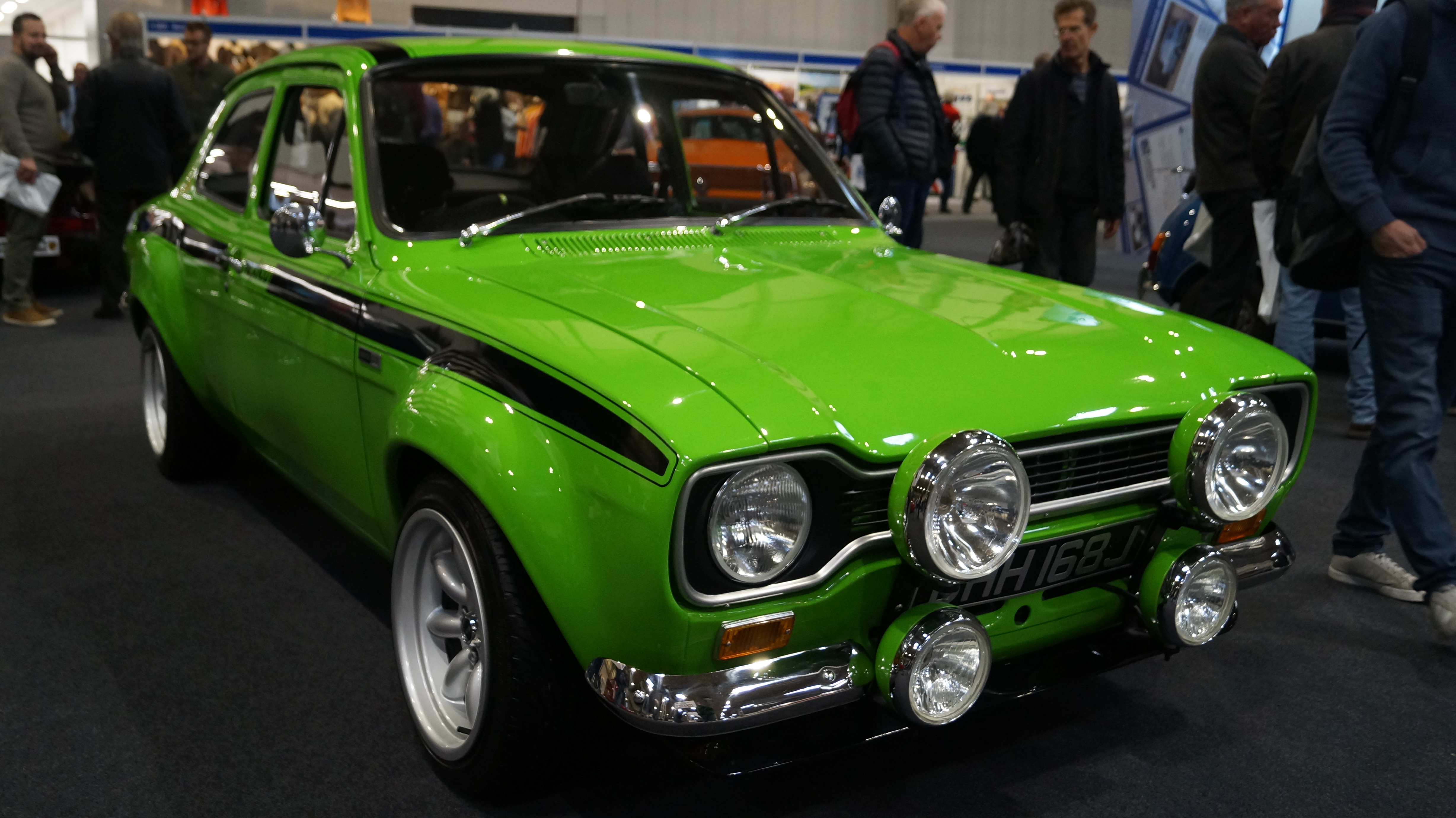 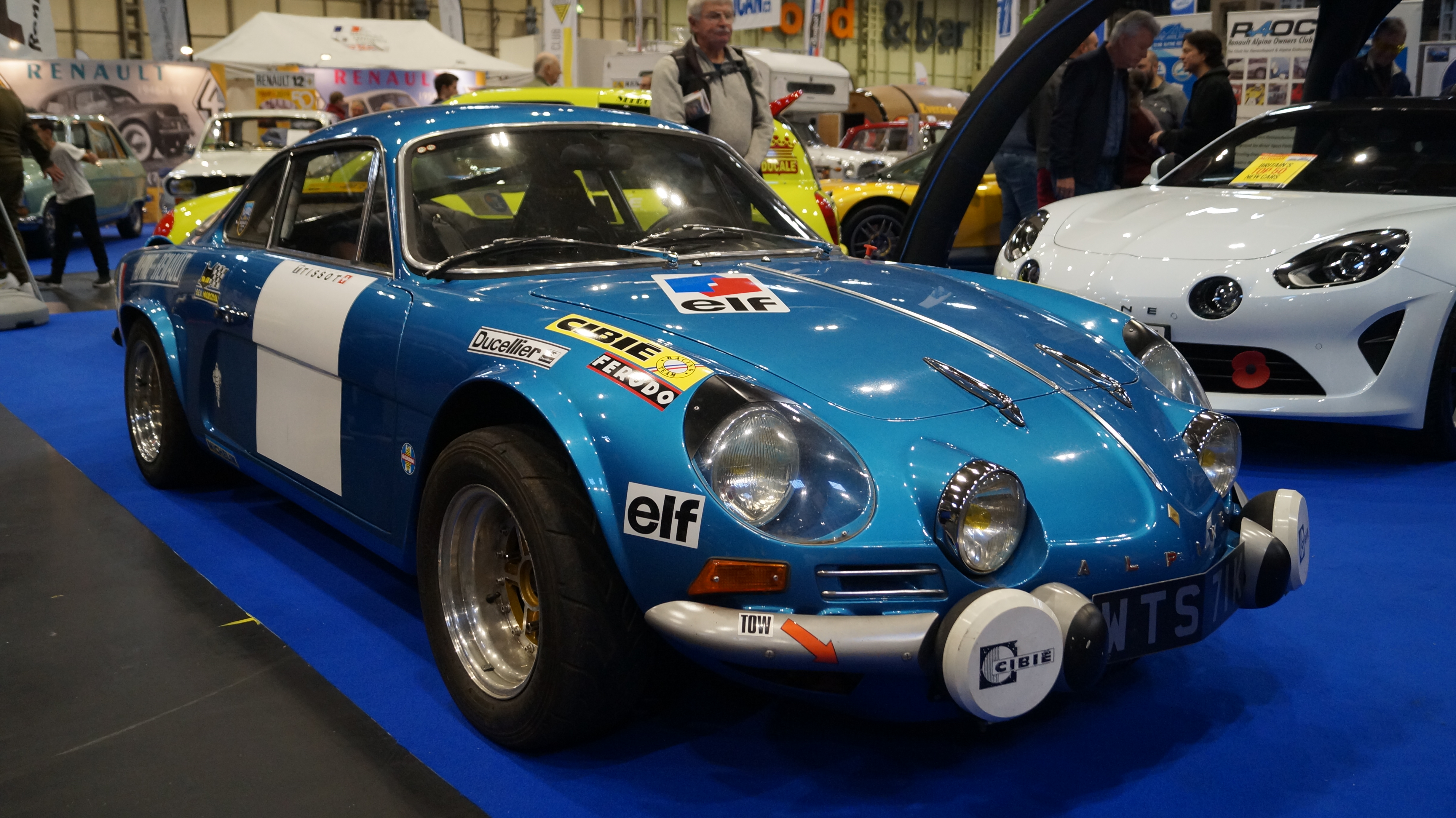 Saw the reborn Alpine at the Geneva Motor Show two years ago and saw one on the road in Bristol the other day - still pretty rare things. 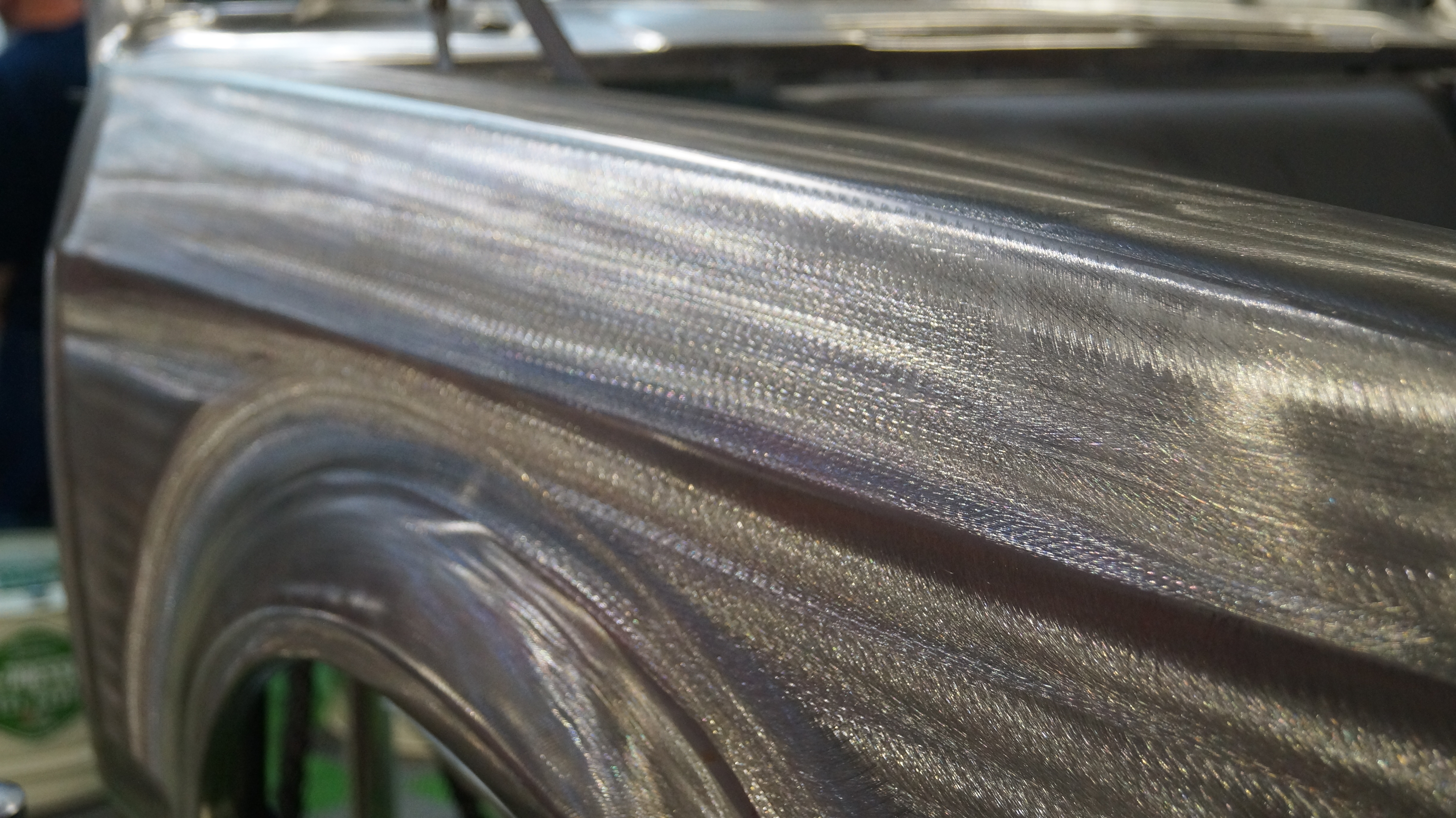 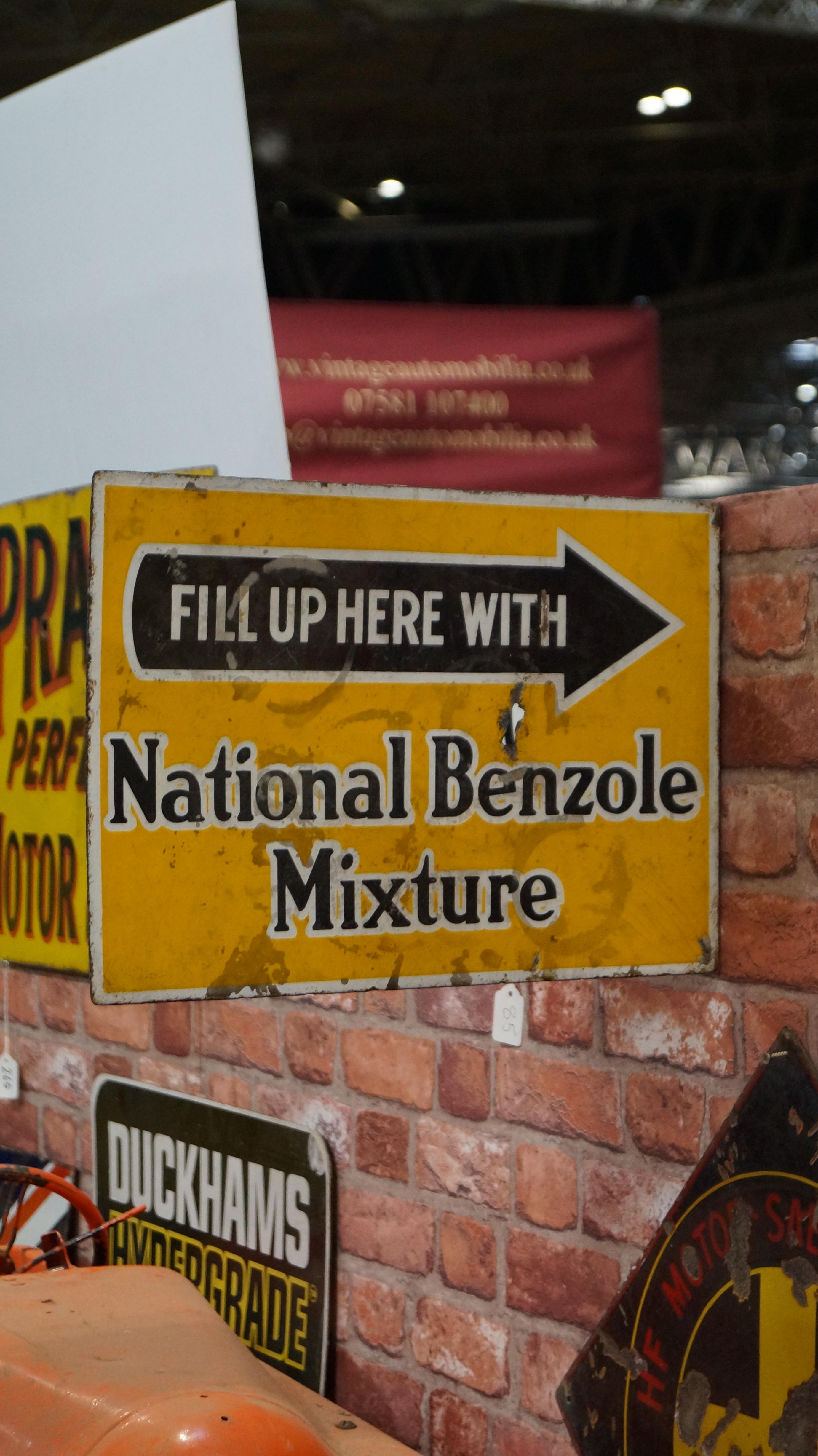 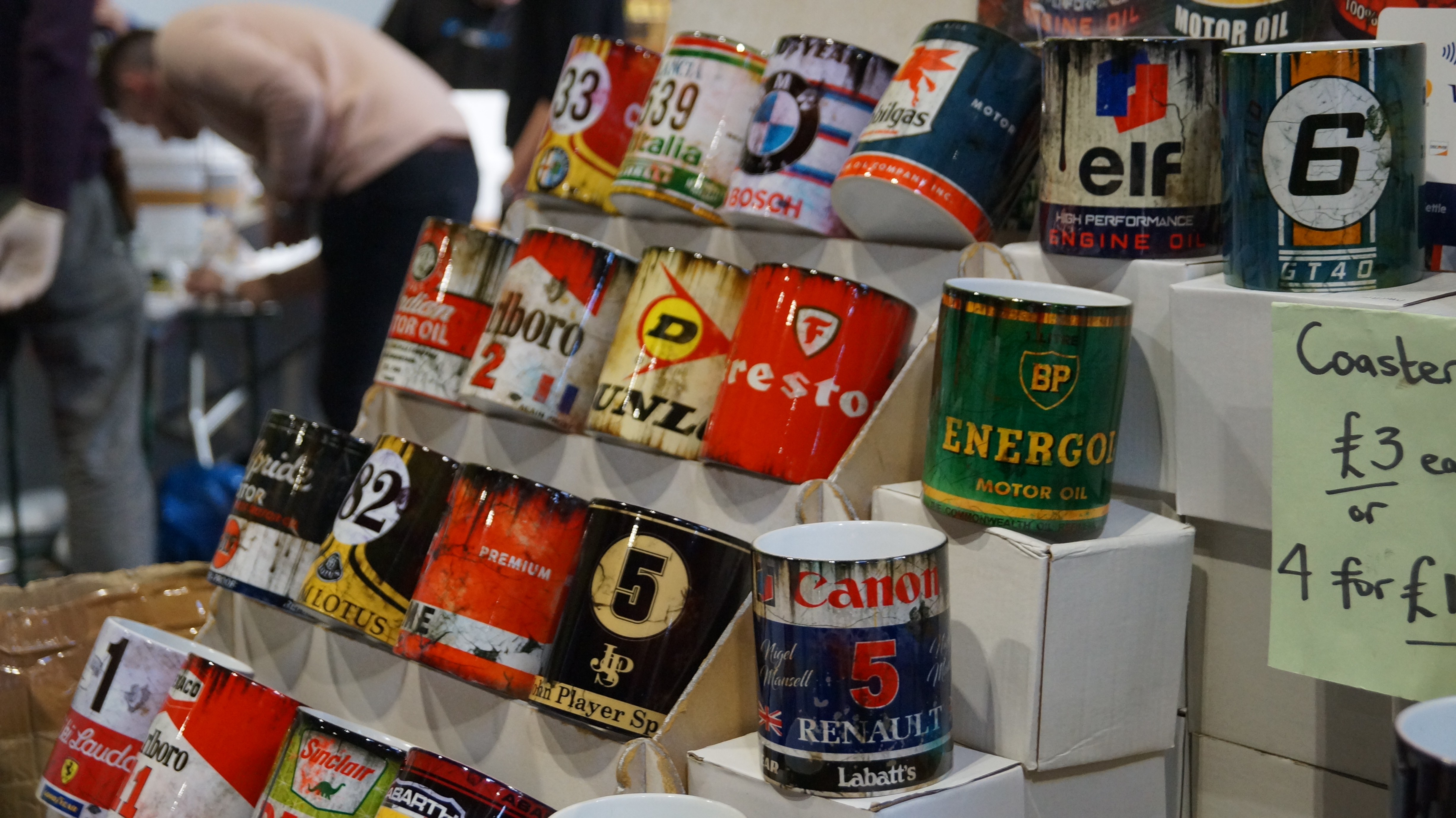 Gulf Oil Porsche mug found its way home with me 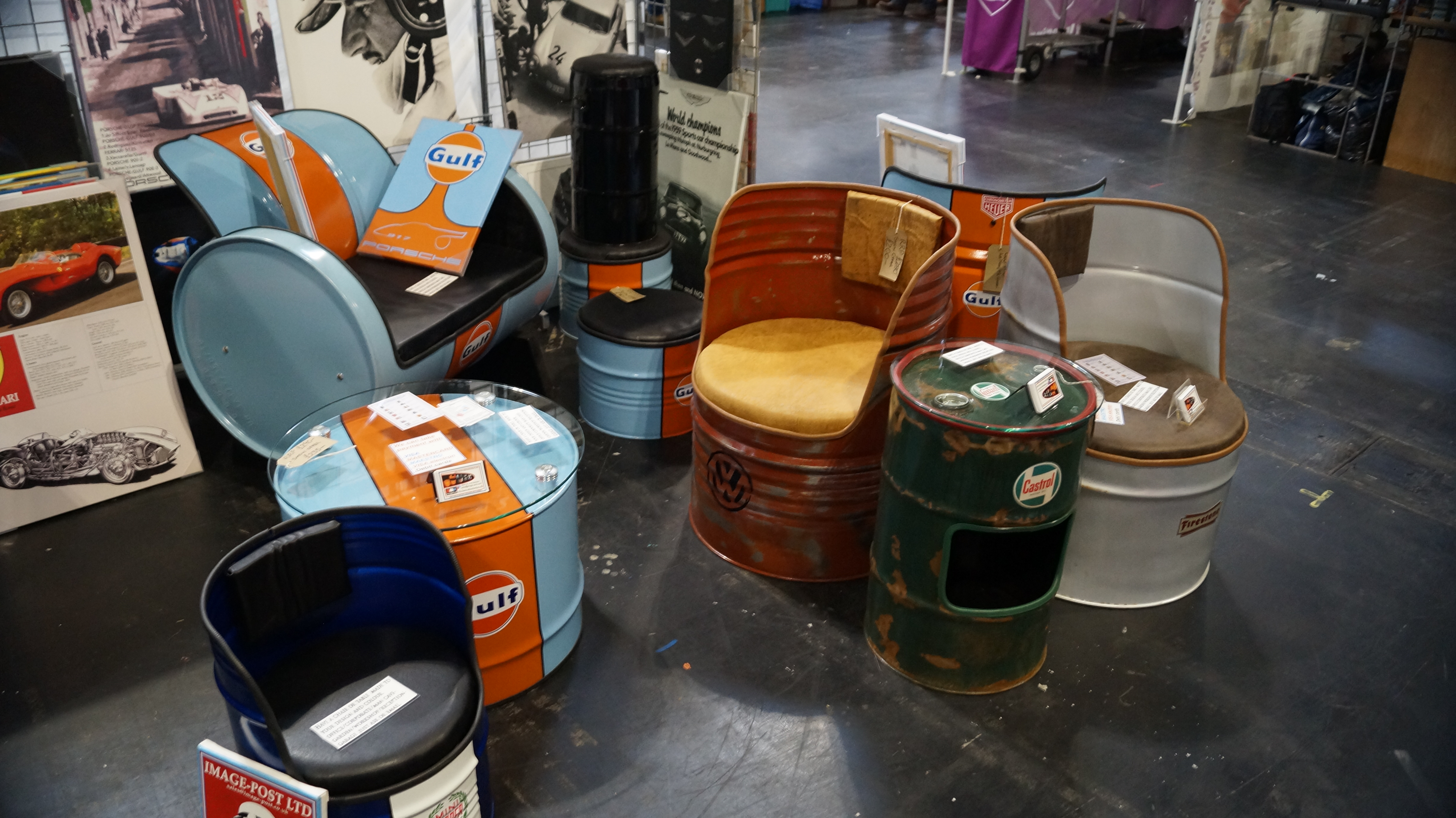 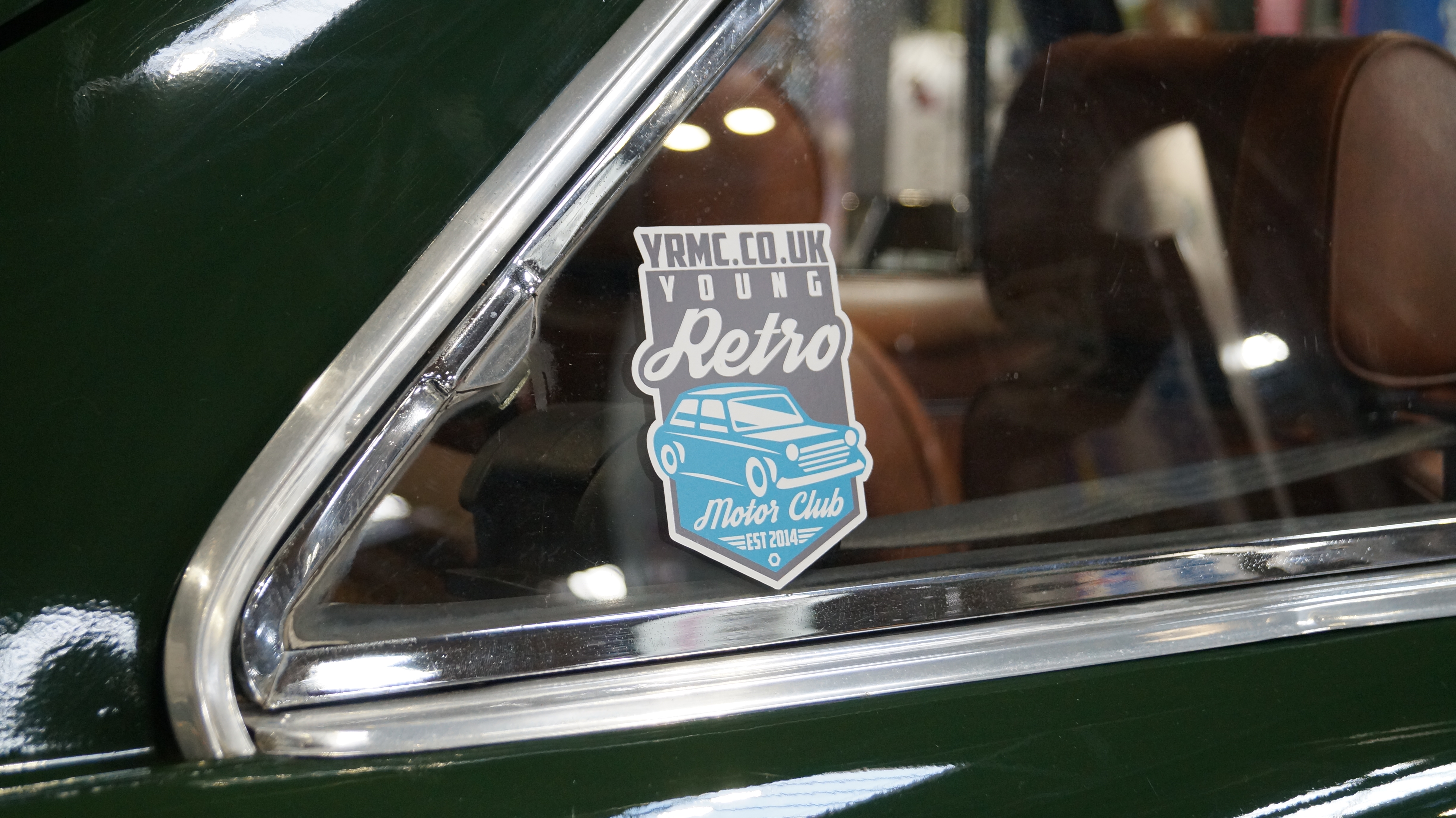 Simon Johnson
Postgraduate Synthetic Chemist at The University of Bristol
E-type Club magazine contributor
Chasing the dream of a S1 4.2 OTS, but plan on getting an E ASAP!
Lucky passenger in a 1962 FHC - See restoration thread
Show post links
Top

I am the E type Club Lincolnshire rep and Chip is the Notts XK rep.

I was there on Friday, great show.

Walking through the door and the first car was your Coupe...what a lovely car.

Mine left the factory in that colour...some Yank painted it maroon...no accounting for taste.