by MarkW
I am at the stage in my FHC body-off restoration where I need to take the roof panel/rear-end assembly somewhere to get it sympathetically sandblasted. The roof panel itself is good but everything else needs blasting. Any recommendations please?

by mgcjag
Hi Mark....is this the whole body or just parts...it the latter do you have space to do it at home yourself....its not difficult..you need a reasonable compressor a very cheap gun and a good mask....iv done quite a bit outside in the garden on a dry day....can post a few photos of set up if you need....the good thing is your in controle and can etch/prime immediatly to stop flash rust.....Steve

by MarkW
Hi Steve, I do have a decent compressor so I guess it is a possibility. My main concerns are: how messy is it, how much material is needed and more importantly, is it going to be as effective?

I need to get a good blast up inside the 'C' posts and hopefully to the unseen (but rusting) bits like the tailgate hinge brackets and up above the fuel filler box. I realise that these parts normally only suffer 'benign' rusting but I made the mistake irrigating with Eastwood Rust Dissolver which is great where you have full access to remove the residue afterwards but in all the crannies it is now rusting like mad!

What do you reckon?

by mgcjag
Hi Mark....i thought i might have just been removes parts not the whole shell........you do need a reccomendation so you dont end up with a damaged shell.....much lower pressure as a diy at home.....Steve

by Geoff Allam
Mark. I went through sandblasting my shell a couple of years ago and was lucky enough to find a commercial blaster who was also a car guy. He assigned an experienced employee to the job and blasted all the difficult to reach areas for me. He outright refused to blast any large exterior panels. I would suggest you specify the same treatment. Large flat panels are easy to strip mechanically or with stripper. Do them first so that as soon as you get back the shell you can put a coat of epoxy primer on it to stop rusting. Consider doing your suspension parts and frames at the same time but make sure they are degreased first. Good luck.

by E600
Something I have heard recently with very favourable comments is dry ice blasting which is much kinder to the car panels than other mediums. Also due to the process doesn’t leave a mess of medium behind, I believe there are mobile operators who can carry the work out on your site if you have the space. Google is your friend.

Did the blasting for my 1935 Morris 8 and other projects.

by MarkW
Thanks everybody for your feedback.

Steve's comment about doing it piecemeal and being able to prime straight after is an excellent point and has prompted me to have a go myself regardless of the mess!

I have decided to buy an 'Abrasive and Soda Blast Intro Blaster Kit' from Frost as a trial and if OK will probably get their twin pot soda/blast media setup (despite having no more space left in the garage!).

I'll let you know how I get on as this must be a common problem for DIY restorers and it's good to share.

by mgcjag
Mark..pm sent this is the basic set up i used...just to contain the media...most could be swept up and reused.....the gun it about £12 on ebay and a bucket is good enough to hold the media...i used crushed glass media ...a good mask and hood is essential..just an example a box of suspension parts took a couple of hours to do 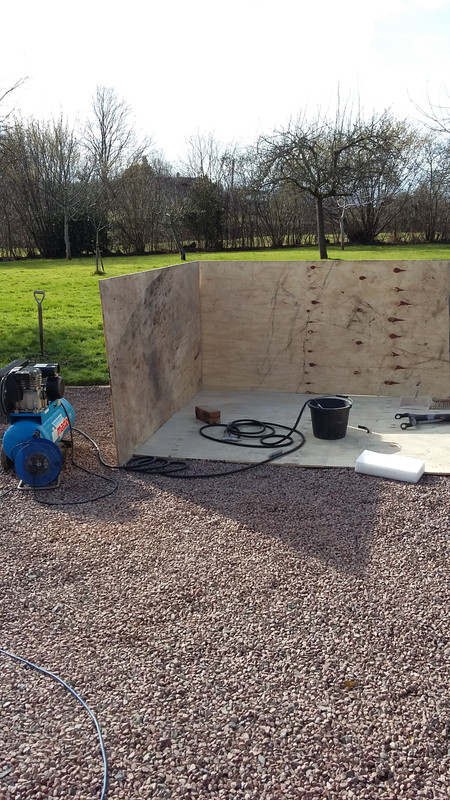 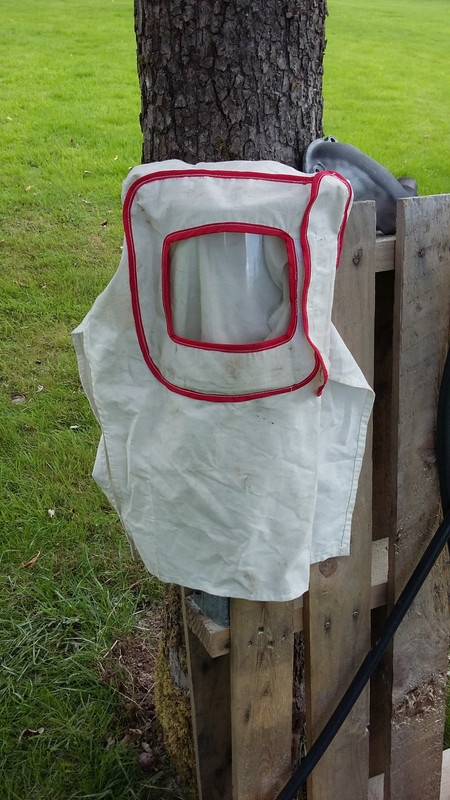 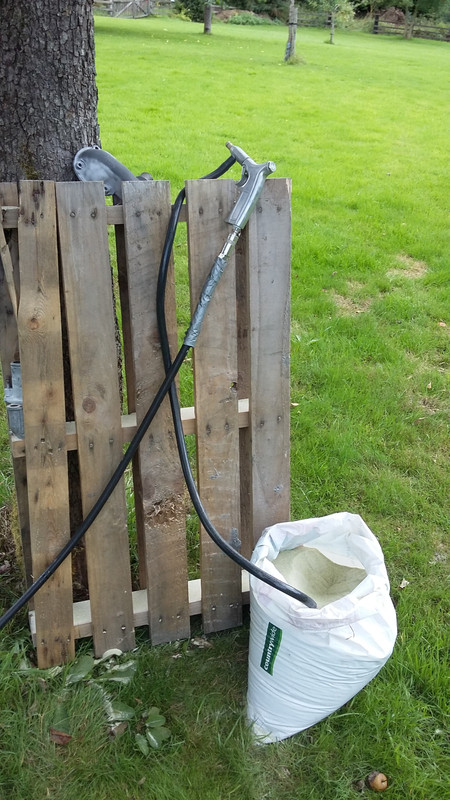 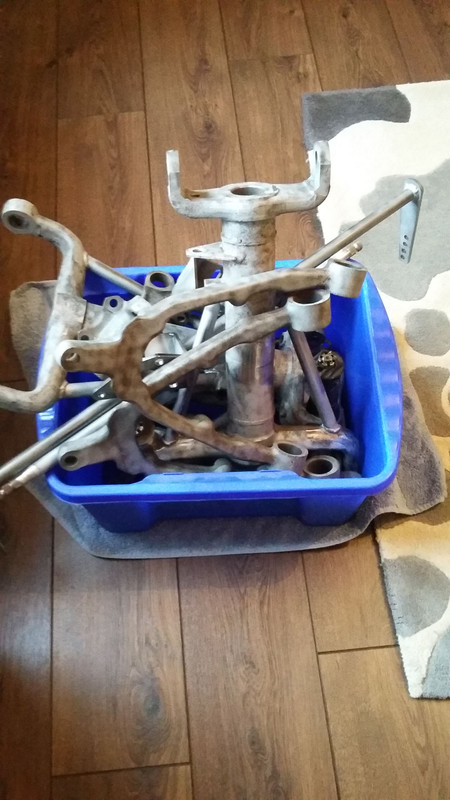 by splosh
I used this guy and an excellent job. 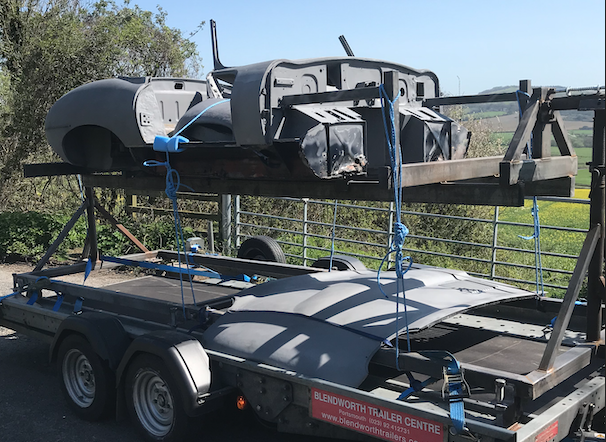 by MarekH
I used the people at Smithers Farm once about ten to fifteen years ago and they were fine with small panels. At that time, it was a man with a large sand pit in the corner of the barn, so they were using sand.

Much more impressive was another place (now closed or moved I believe) on Lower Springfield Farm, around the corner in Plaistow. They used much softer garnet as the basic medium and also used tiny plastic pellets for even more delicate work - for a fee. These have so little energy, that it is possible to strip each paint layer individually. They were the people who stripped the last barn find d-type from New Zealand, removing every layer of paint from it, colour by colour, showing each respray in reverse, so to speak. (They also flash a layer of hot phosphate onto their cars within seconds of blasting.)

Even more impressively, they also had a contract with the MOD to remove the decals/paint on Tornados when they were repainted for the first Gulf war with those inverted "V"s.

You pay your money and take your choice.

by MarkW
Many thanks for the recommendations - the JLN outfit looks ideal. I'm going to give Steve's DIY suggestion a quick try but if not 100% I'll be off to these guys ASAP.