I am after the original shade of Carmen Red.
Has anybody got a sample or paint formula which is judged being close to the original colour shade that he/she would like to share with me?


Thank you very much

Unfortunately, the paint samples shown on this site are nothing like the real thing ( although that does not invalidate the codes ) . There is a website

which shows actual cars , which gives a much more realistic guide to the colours. Carmen Red is a red/orange mix , and perhaps might be best described as slightly closer to orange than red . Various paint codes seem to be given for it, and how accurate they are I do not know, but the formula given on xkedata is Glasurit JAG-303 ; other codes are on this site

I agree with Christopher. Real Carmen Red is surprisingly more 'brickish' (orange) than you might imagine. And in many ways, although a Carmen Red E-type is about as close to my definition of 'the definitive article' as you can imagine, viewed in the flesh the colour is actually a little 'odd' especially if you have it in your mind that it's going to 'zing' - perhaps along the lines of a Humbrol red or a full-blooded Italian rosso corsa. 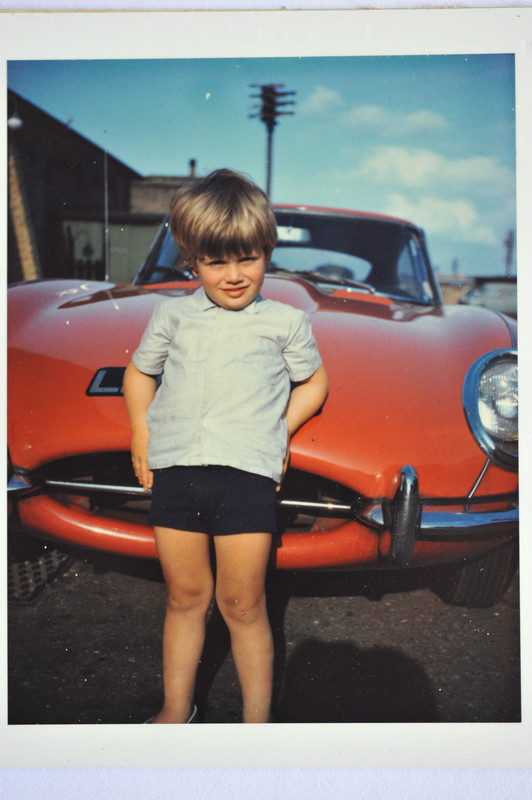 OK, it's a Polaroid, and therefore it introduces colour bias of its own - especially given that it's almost 55 years old, compounded by being played back through your computer monitor or phone screen - but you can definitely see what Christopher means about the distinctly orange hue.

Actually although Polaroid introduces bias, it's probably not too bad for this particular colour. I think part of the problem is that most people's perception of how they imagine Carmen Red to be is driven by having seen it in colour photos, and most film emulsions at the time, and even today's digital capture, tends to push orange to red, and red to dark red. Hence photos of Carmen Red cars tend to look much more 'red' than was actually ever the case. As an aside, this shift in hue was deliberately exploited by McLaren in the Marlboro era, with their distinctive 'red and white' cars actually being vivid fluorescent orange ('Rocket Red') and white. McLaren had spotted that if they wanted their red to appear red on TV and in print, they were actually better off starting from a different place - a fact that came as quite a surprise to most spectators the first time they encountered one of their cars 'live' at a race.
1969 S2 FHC - 1R20258
1993 Lancia Delta HF integrale Evo II
Show post links
Top

Thank you for your inputs;
yes I am aware of the database, photos and paint codes.
I even have past and current paint formulae (containing weight of individual colour components) as well as the paint itself. Unfortunately all the colours differ from each other more or less heavily.

The already mentioned Classicjaguar in Texas claim to have a shade close to the real thing, maybe they had an original car to match against (although the sun changes red markedly over the years).

I am optimistic that somebody of our exceptional forum has gone this way and is willing to provide either a sample or a paint formula, which resembles the original closely. Lets see...
Mark
1963 OTS 880436
Show post links
Top

Mark : on my screen I now notice that the red of your car in your avatar is really quite close to what I see in my mind's eye as Carmen . I would suggest that you take your filler cap lid along to one of those paint suppliers who can scan colours and get a formula that way

PS whereabouts are you in Osterreich ?
Show post links
Top

I would describe the original Carmen red paint on my car to be quite...well red. 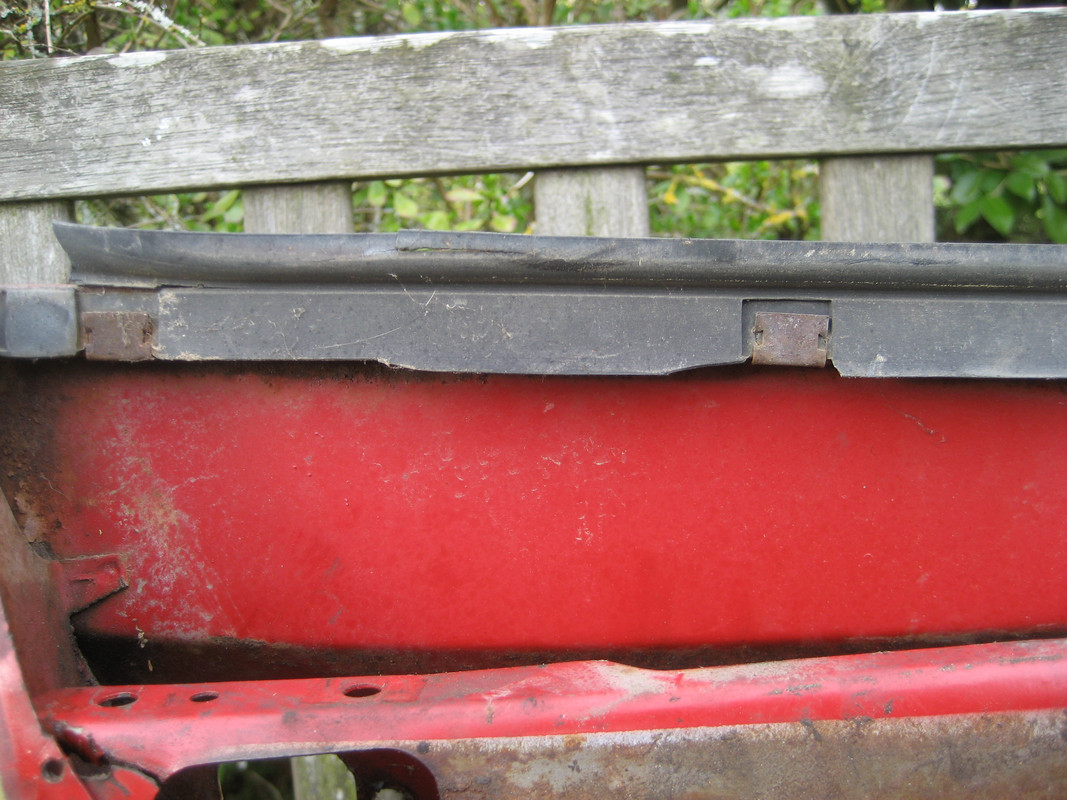 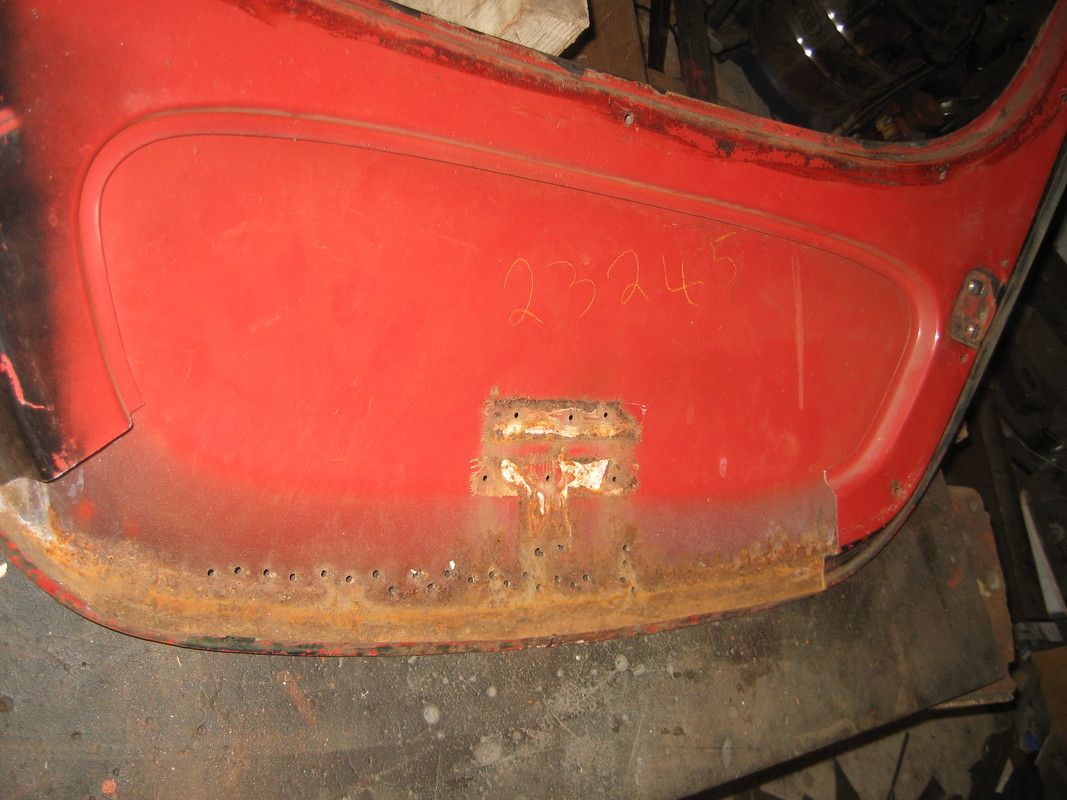 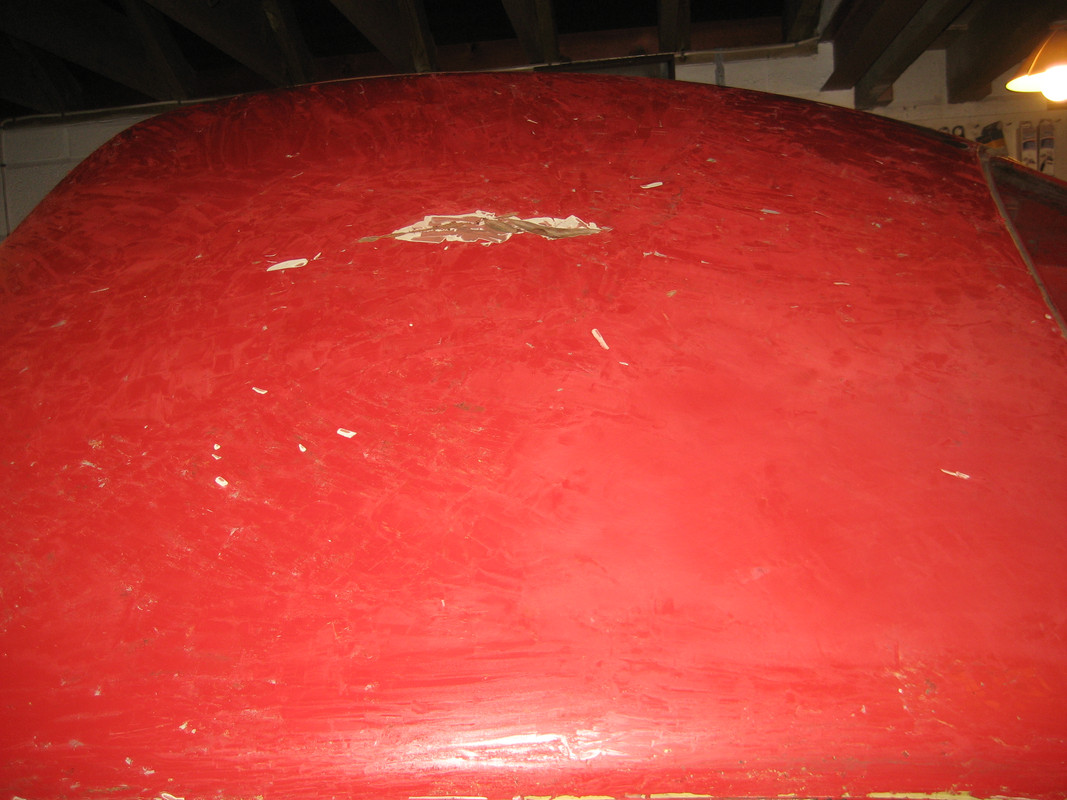 Possibly the new paint (clear over base) is slightly more red. 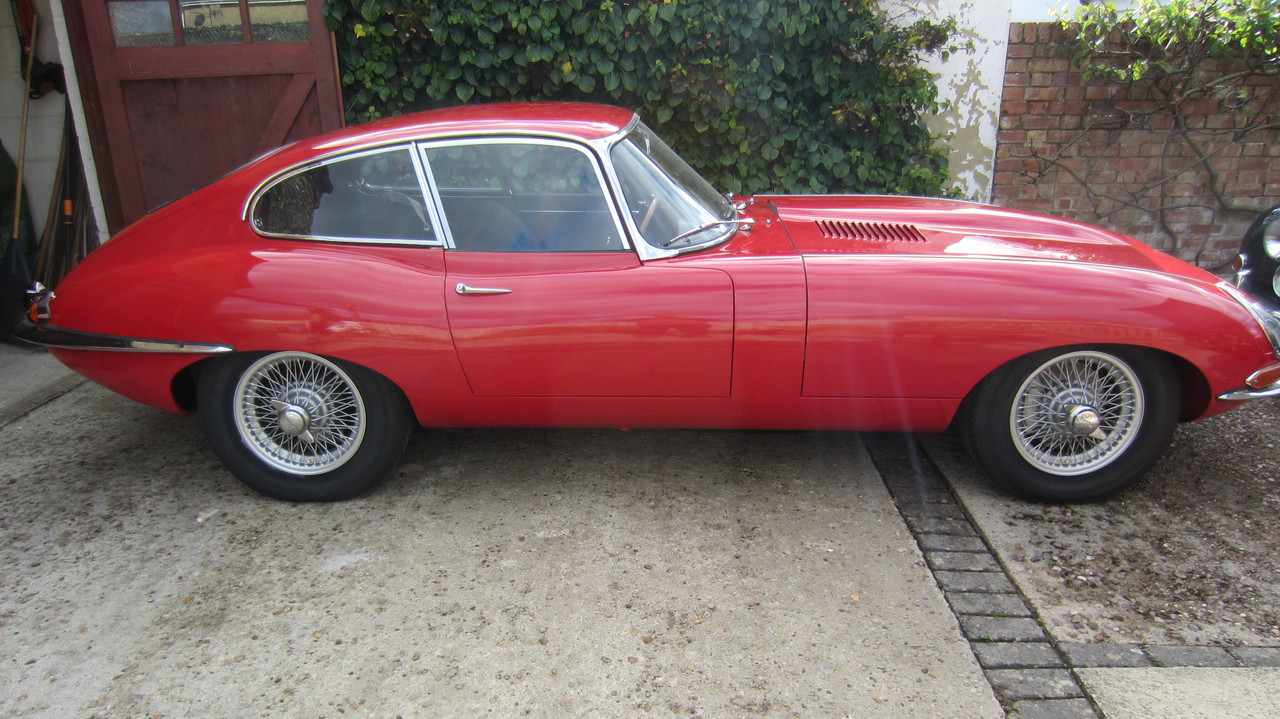 Simon - nice photo! Wonderful to drive an E in this age, your then friends must have been very impressed to say the least

Christopher - I live in Graz, which is in the southeast; my E was resprayed 30 years ago in afaik Jaguar "Carnelian red"

Paul - that sounds (and your car looks) great,

Some examples definitely more orange/brown, but not too bright 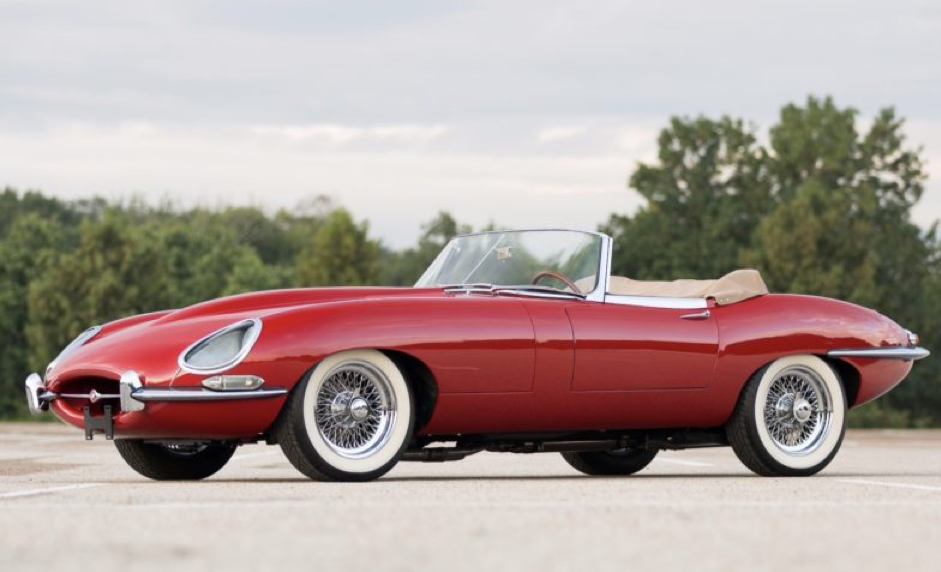 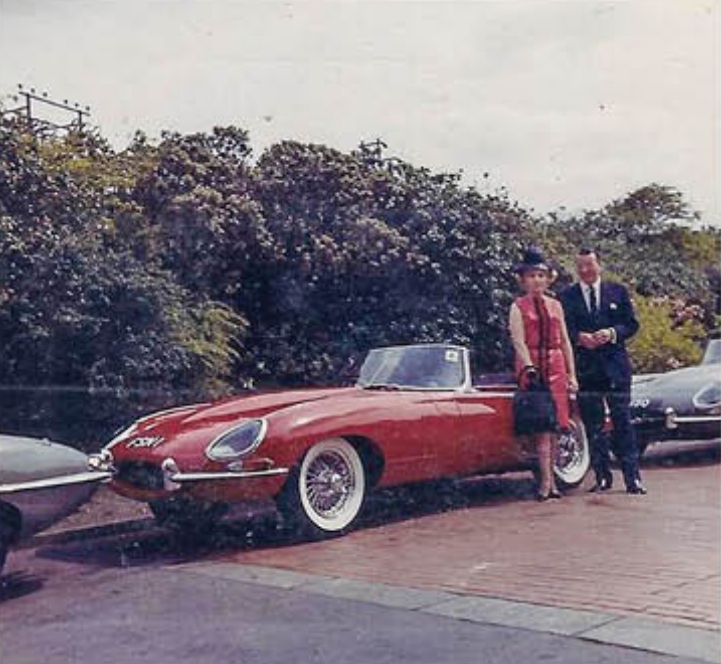 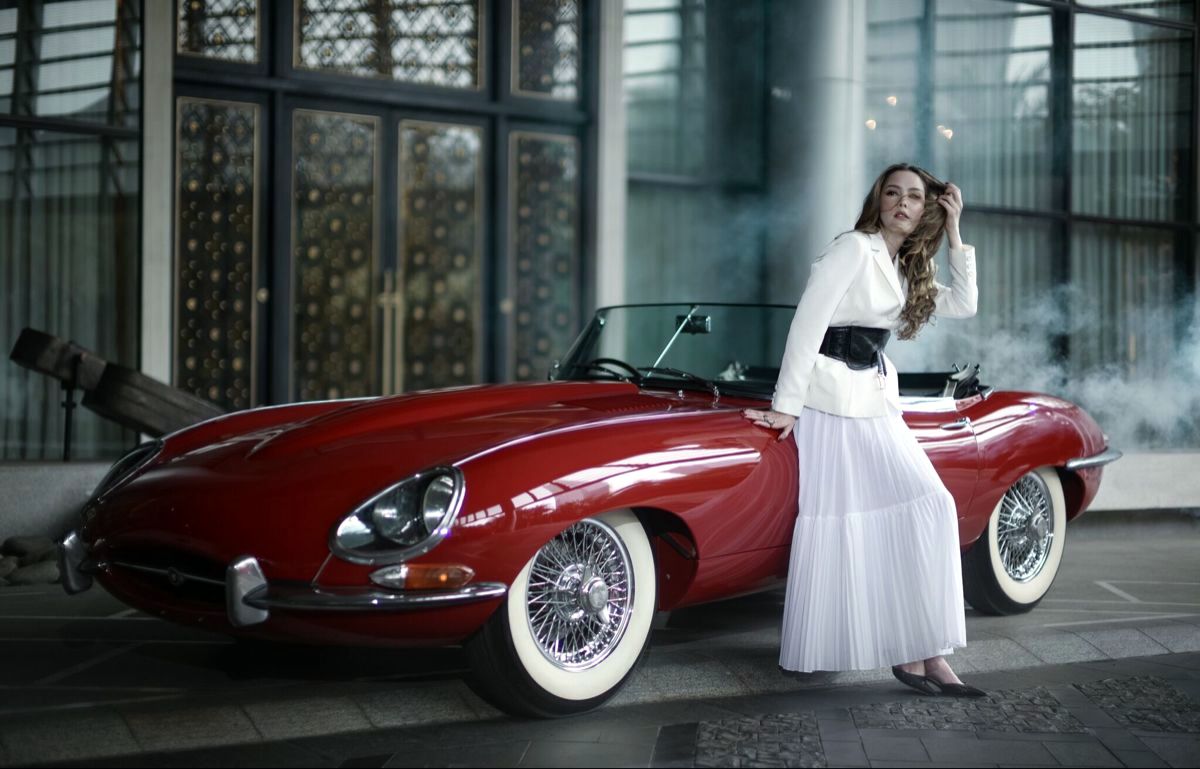 Sean Connery in the 1964 film Woman of Straw - although this might be maroon: 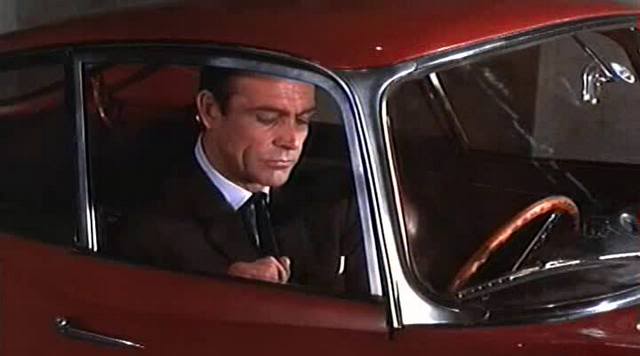 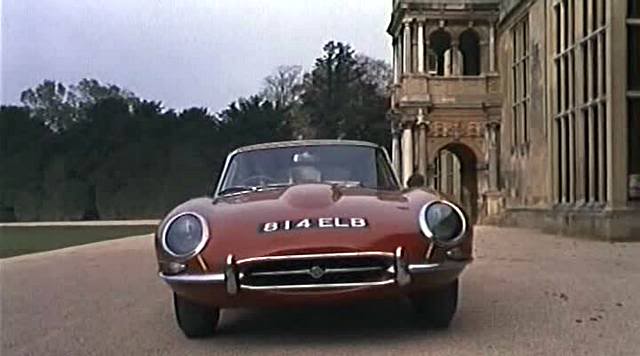 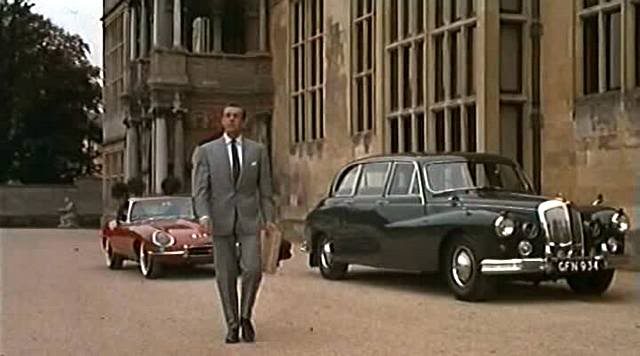 oh, and yes, the real reference 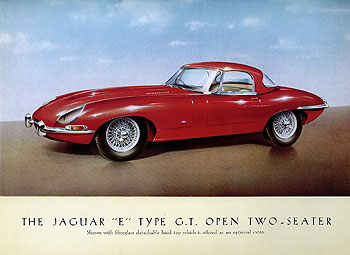