Hi Robbie, thanks for that ; any pictures you might have that show how the adjuster cable fits onto the centre pivot would be most welcome - I haven't got my cable yet but it is likely to be incomplete regarding the accessories that attach it to frame, and through which it interacts with the insulated arm.
Rory
3.8 OTS Cream 877393 Built May 28th 1962
1978 Mini Van
(plus bevel and belt single-cylinder Ducatis)
Show post links
Top 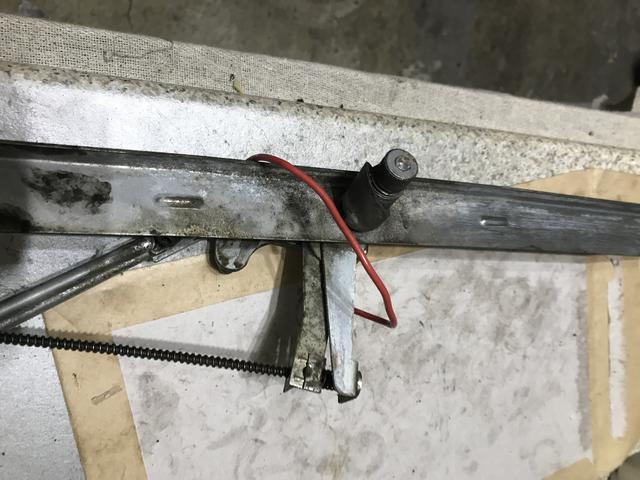 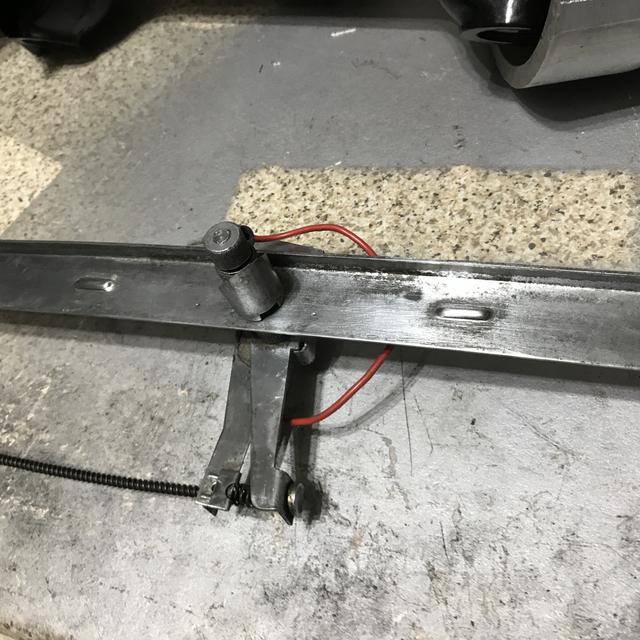 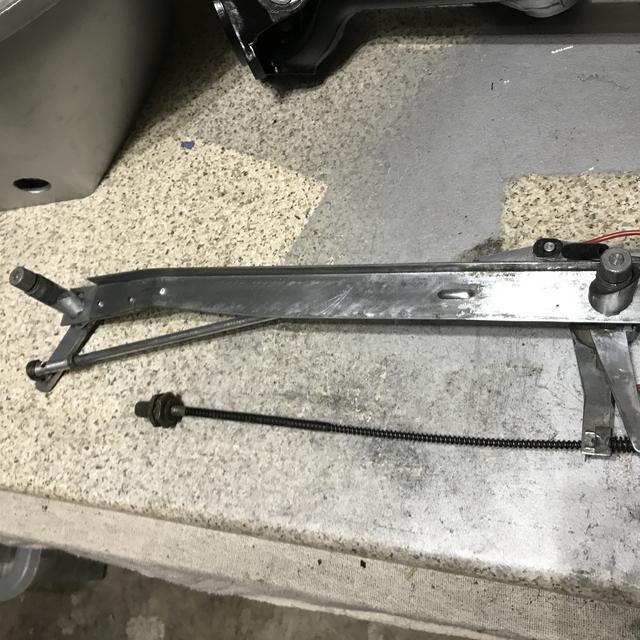 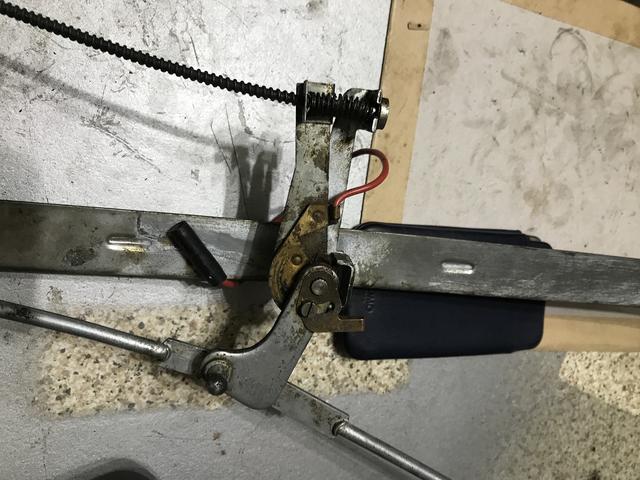 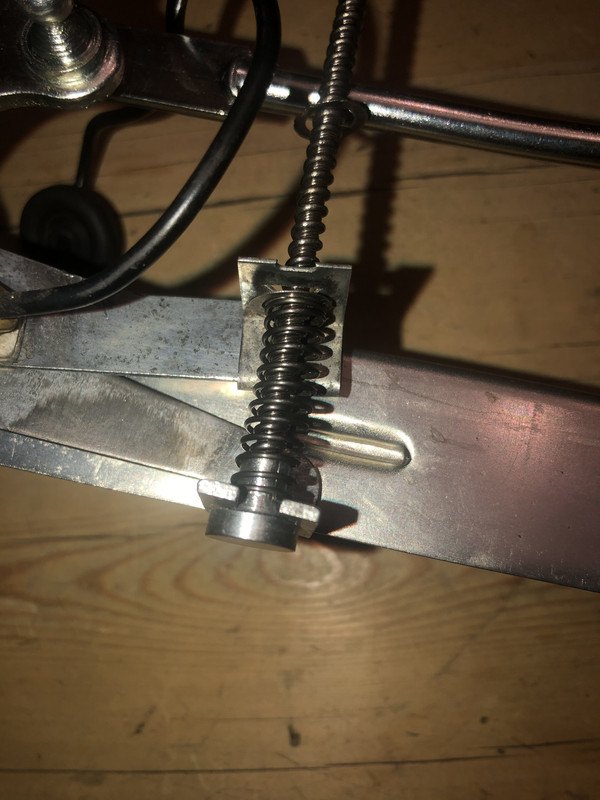 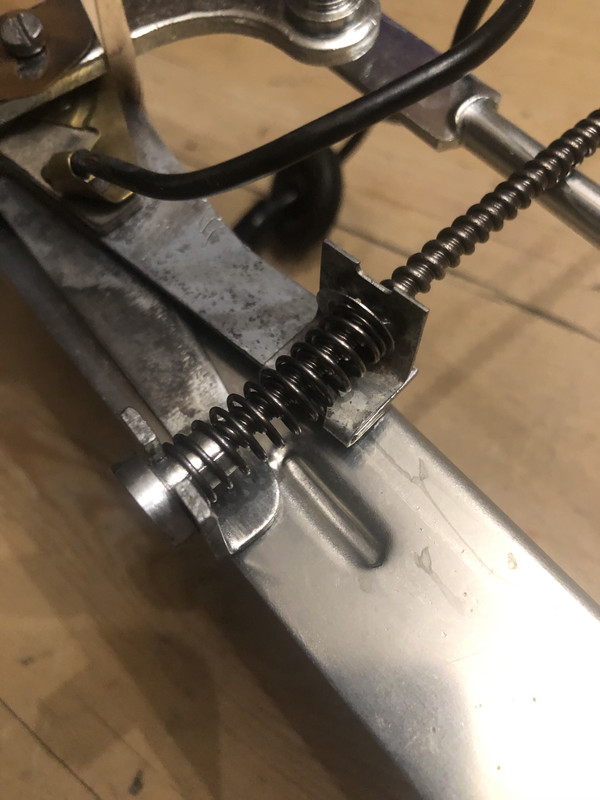 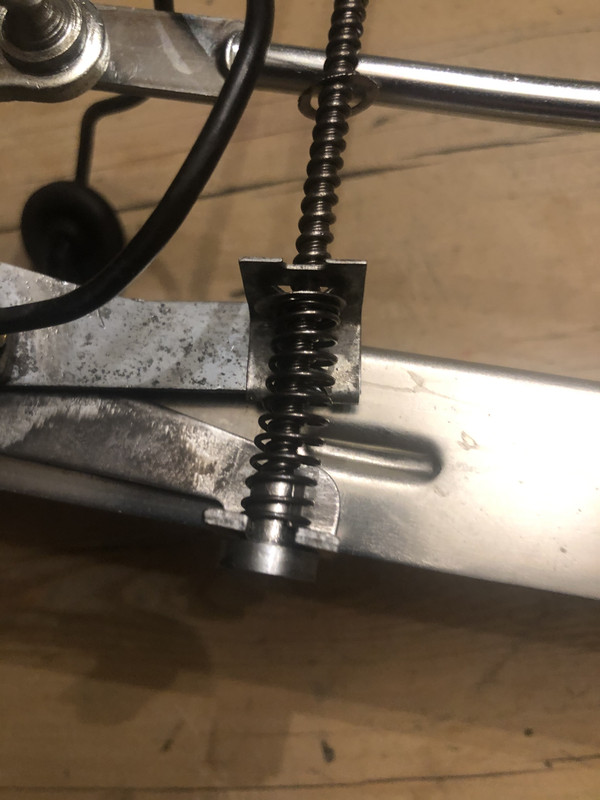 There’s a little washer between the spring and lever here 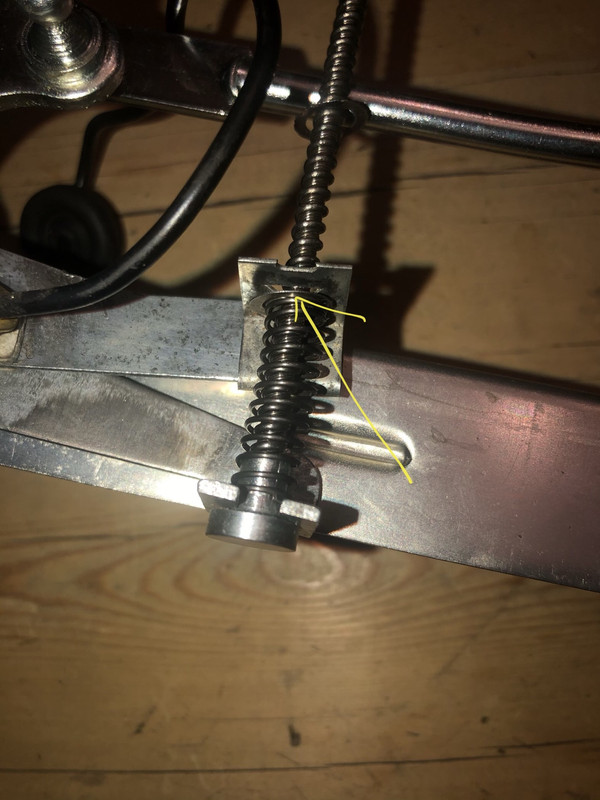 I'm sticking my neck out a bit here, as there are a couple of items to come back from zinc-plating before I can set all this up off the car, test the theory on the bench, and see if the motor-wiring modifications I've made have given me the correct rotation.

However, it may yet be of help to someone else, and others may want to contribute - and I'll cast it in stone once I've tried it.

Does this make sense so far ?

The wipers are meant to park in front of the driver, for both LHD and RHD cars (mine is RHD).

The mechanisms are the same for both variants, the "parked" position is obtained on RHD cars by the eccentric going "long" to throw the wiper bell-cranks farther to the left (seen from within the car) than usual, hence the wipers further to the right.

I am going to post the details of the wiring changes that are necessary in a separate post, as I found the info available elsewhere somewhat confusing.

This picture simulates the assembly as seen from the front of the car, with mini-wipers represented.

On LHD cars the eccentric goes "short" to pull the bell-cranks farther to the right (seen from within the car, hence the wipers further to the left.

It is the direction of rotation of the motor that determines how the eccentric behaves, and whether it adopts the "long" or the "short" position, hence the fact that LHD and RHD motors have reversed rotations. 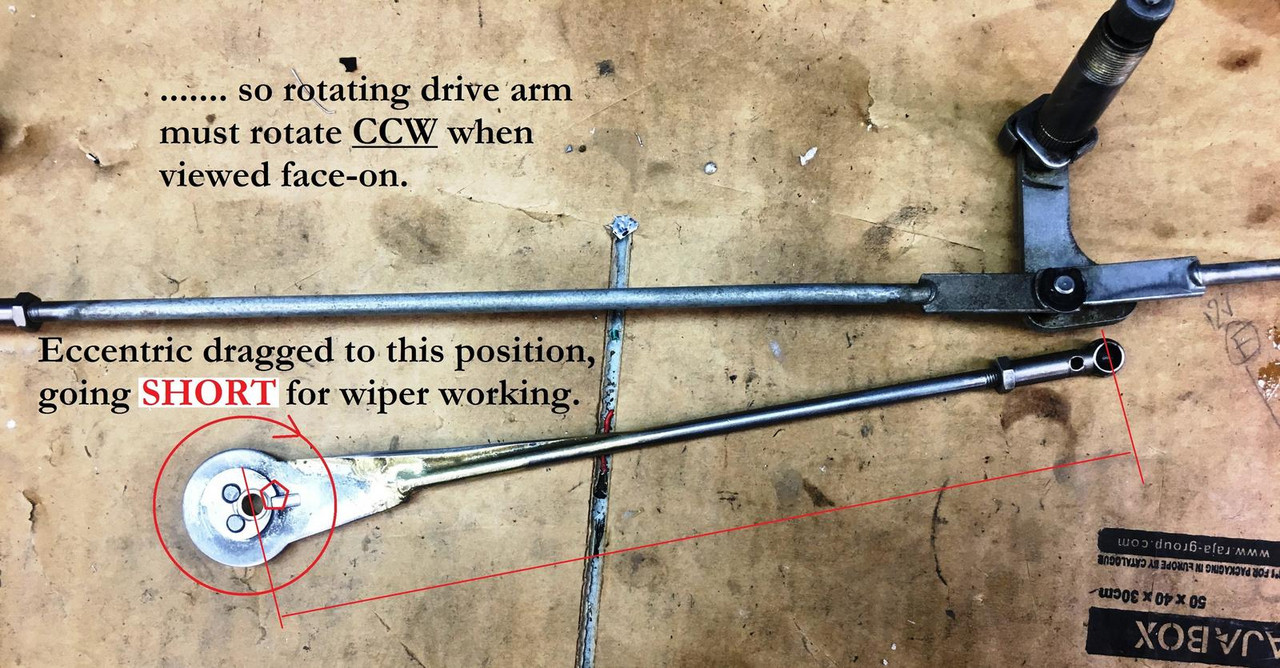 The spring-loaded swash-plate tries to rotate the eccentric in the same direction as the motor crank rotation. 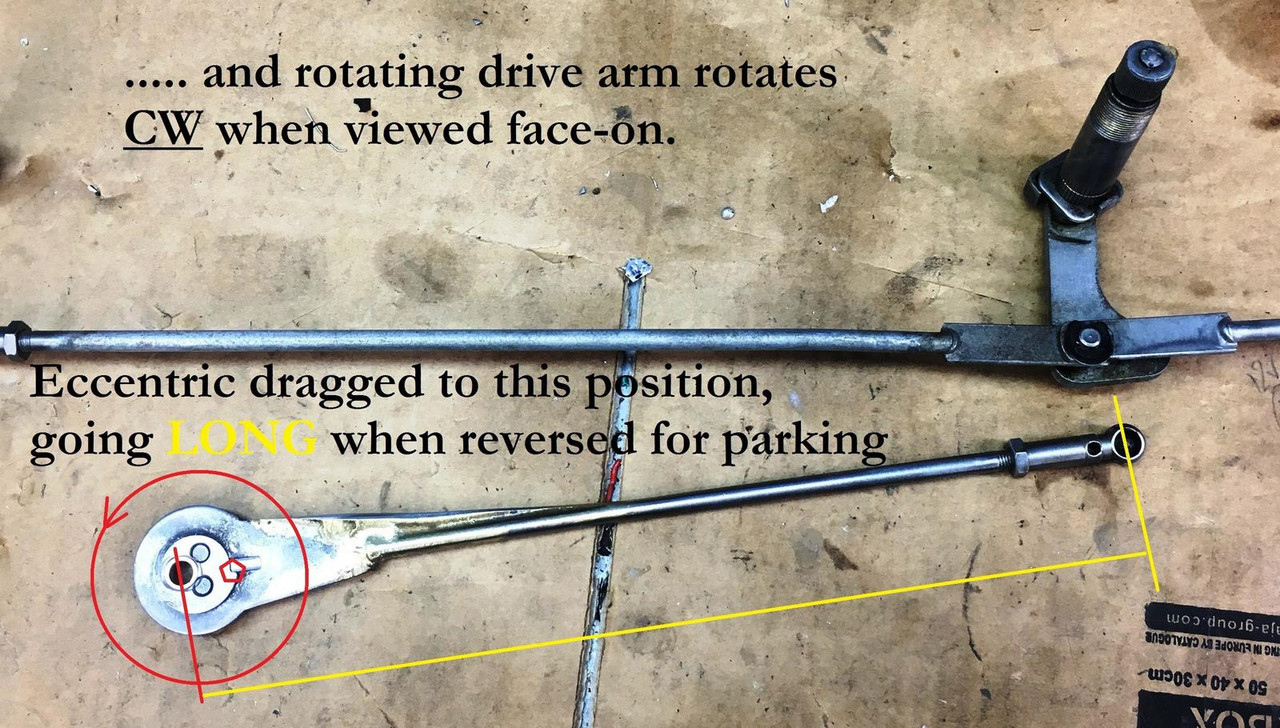 So I think what this means is that when looking at the rotating crank on the motor mechanism, for a RHD car, it should be going CCW (counter-clockwise) during normal operation, and CW (clockwise) during the reversing-to-park cycle. 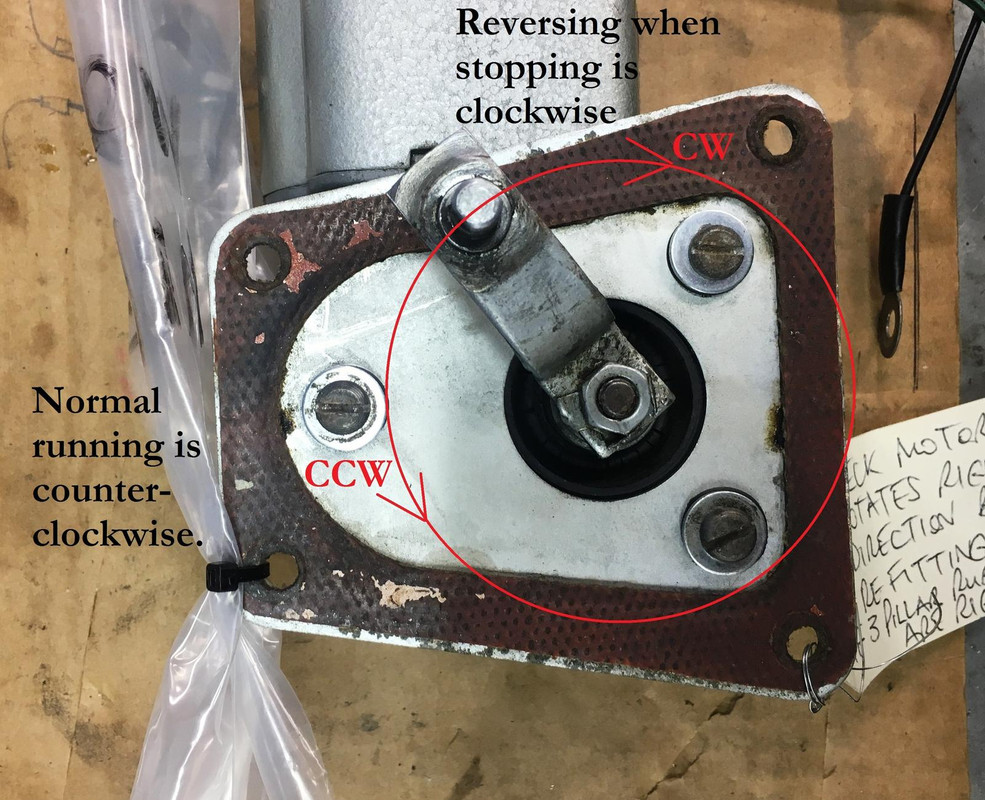 This is confirmed by Joe Hardy's explanation you'll find here, in our Knowledge base, although the references to motor-direction are potentially misleading ; I think he indeed means the output crank when viewed head-on.

"When wired correctly, a RHD motor will be turning the spindle anti-clockwise (viewed from the spindle side) under normal running."

that covers the wiring and how the switching obtains twin-speeds, and reverse.
Rory
3.8 OTS Cream 877393 Built May 28th 1962
1978 Mini Van
(plus bevel and belt single-cylinder Ducatis)
Show post links
Top

Well, that got you lot really excited didn't it. 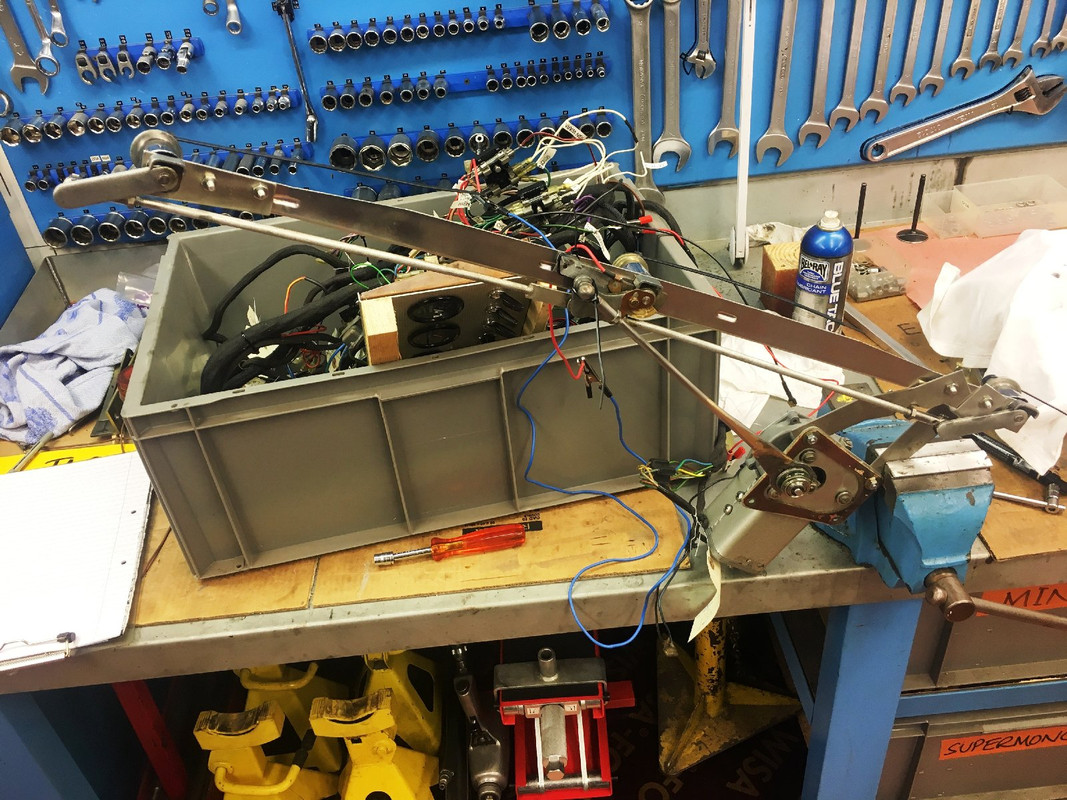 As I pursue my PhD in wiper-parking, and in order for me for me to complete my thesis, which will include the long-awaited Première of the eccentric being filmed LIVE, in action, has any kind soul got one of these clips they could spare ? 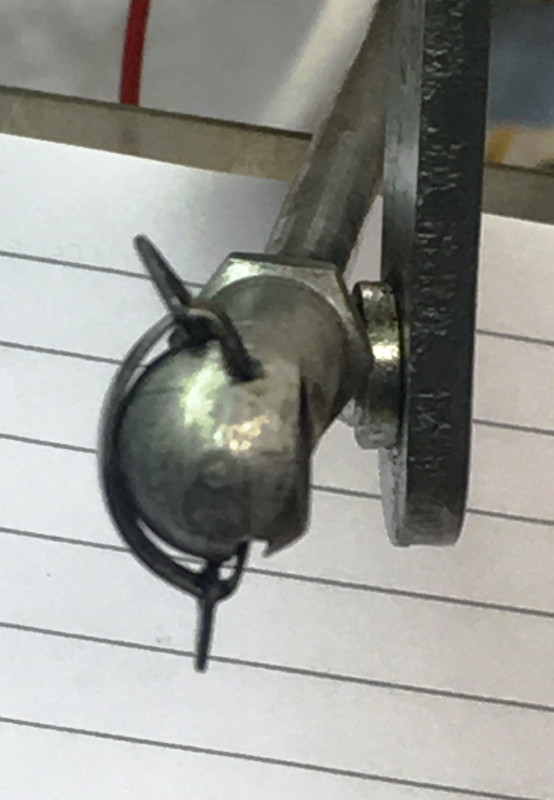 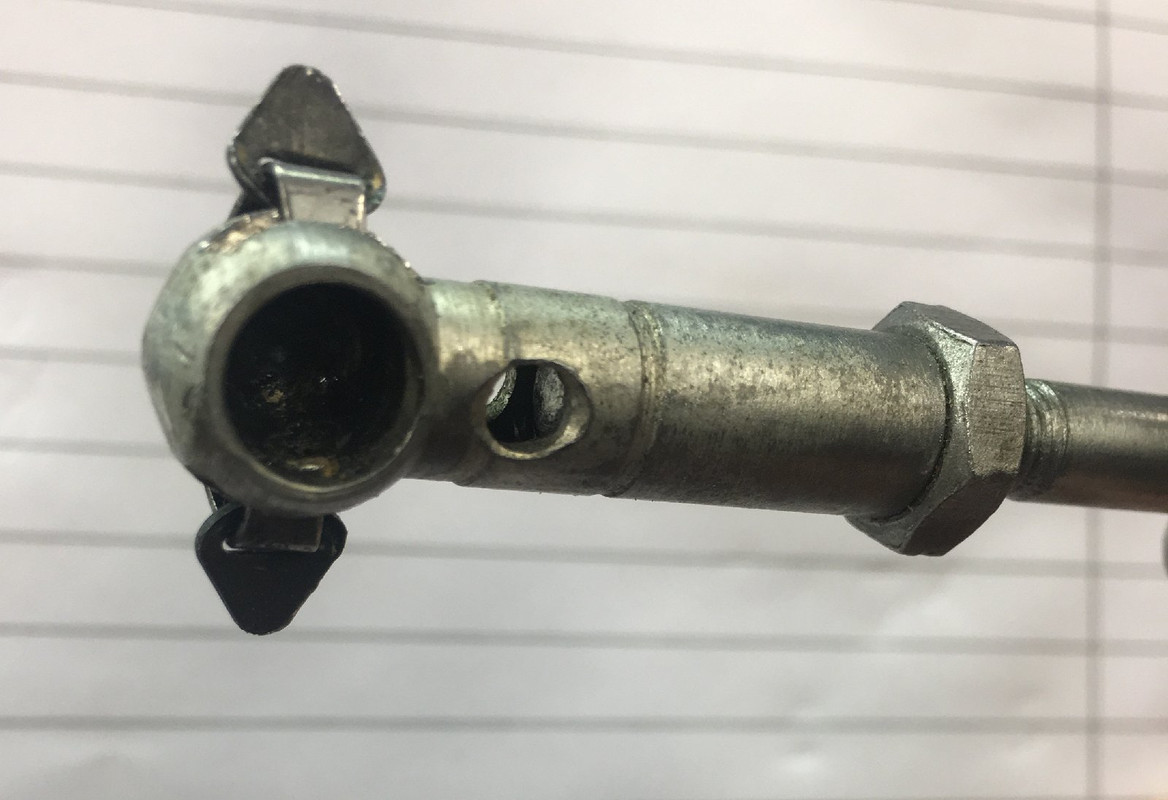 Note, it's the clip I need, preferably with its two "ears", not the ball-joint itself. 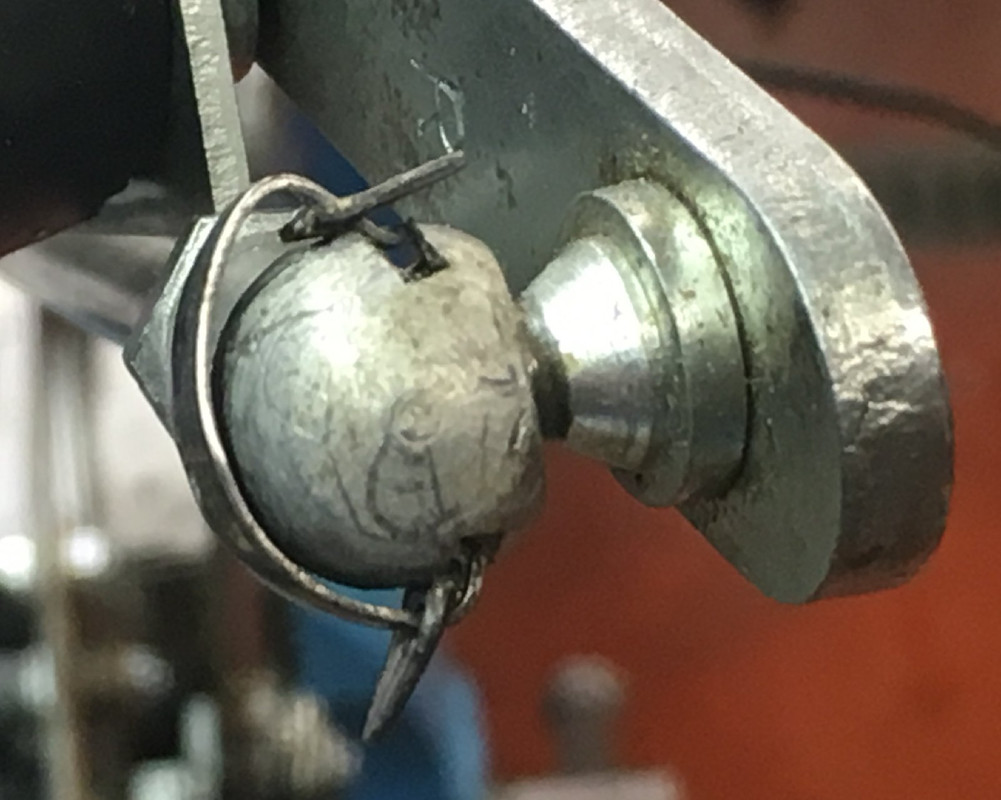 Failing that, I see that XKS in the US list them complete with the ball-joint, from - I quote - "a UK cottage-industry", so presumably some supplier does actually have the clips.

I got mine from Steve Hunt on eBay - he listed them as ‘Jaguar E-type Wiper Rack Snap End Clip’.
Richard

‘...As I pursue my PhD in wiper-parking, and in order for me for me to complete my thesis...’

Can't find the clips on Ebay any more unfortunately.

HOWEVER it turns out I have a secret Tutor who is overseeing my thesis at a distance and who has offered to post me such a clip tomorrow morning.

Does it get any better ?

I'm used to going to sleep and waking up to an answer from Australia, but not to posting just before my gym class and then returning to find today's problem has been solved.

PS Anyone else chasing these details might look here too

Hi Simon
You were indeed correct, my misunderstanding
So now I have to decide whether to pull these 2 ends apart to swop over the components... as naturally they are not handed
1963 3.8 FHC in slow restoration mode
1974 2.7 Carrera now as an RS Touring
Show post links
Top
Post Reply Previous topicNext topic
32 posts