This weekend, first restart of the etype after 2 years of restoration. I fully rebuilt the HD8, but I have a "flooding" issue (see picture below). I initially thought to fuel pump pressure or float chamber level / needle and seat + float. I disconnet the fuel supply, rechecked once again float which are new and floating + the float level, everything is ok. So I worked just with the remaining fuel inside the float chamber, I opened the starter to mid position saw the jet going down inside the jet bearing tried to start the engine and finally got the same initial issue.

What was done on carbs :
-full kit from Burlen
-new floats and float level correctly done at 7/16"
-new needles (standard ones)
-jet correctly centered with the metalic sound once the piston fall down
-Adjustement of the slow running valve (full and then unscrewed by 2turn)
-jet adjustement at bridge level and then 2,5 turn on the screw

Do you have any idea ? 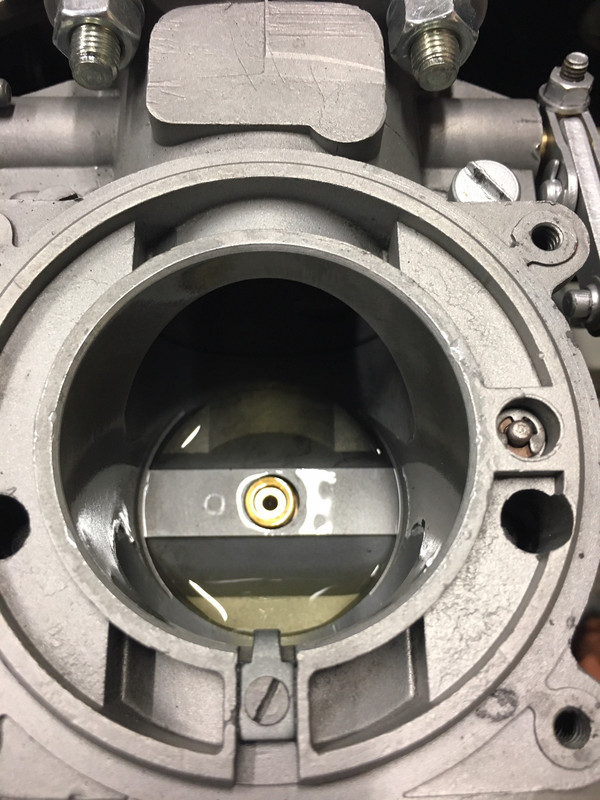 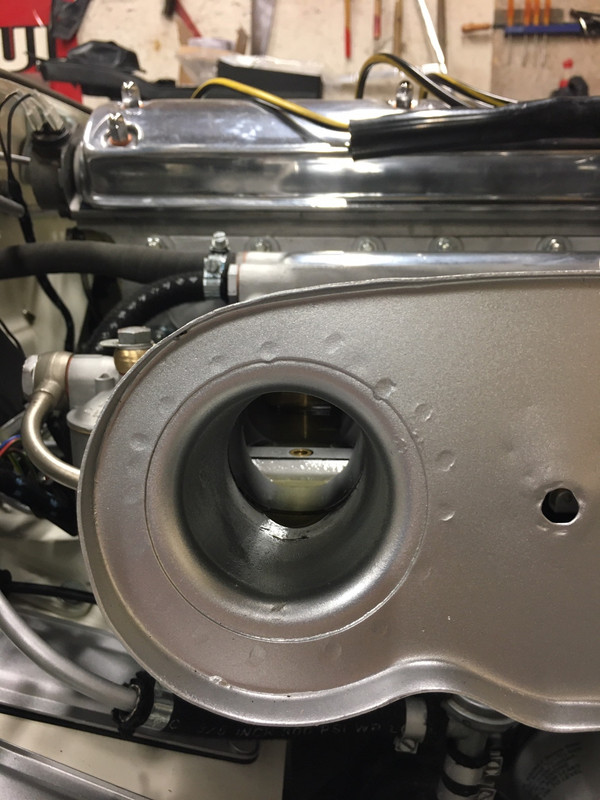 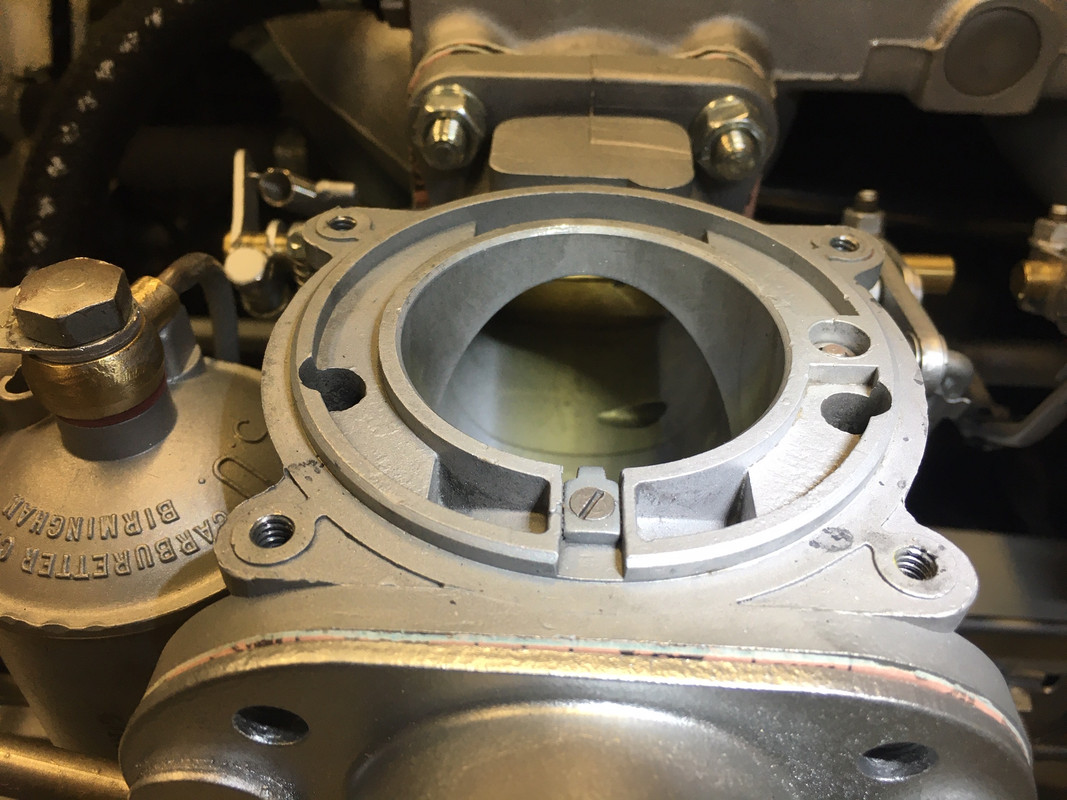 To get flooding of that extent , then it is one of 4 things

1.Float fork incorrectly set ( which you say is correct at a 7/16 inch / 11mm bar passing through the fork)

Nor do you tell us what type of pump you have , and what the fuel pressure is set at. These carburetters need no more than about 0.2 bar = 2.8 lbs/sq.in ; anything more will overpower the needle valve and cause flooding .

Pierre,
With the fuel supply disconnected (and choke at mid-position) such flooding is excessive.
Looks like the needle in the piston is fitted too deep. Worth checking.
Ralph
'69 OTS + '62 OTS - Belgium
Show post links
Top

I had exactly that on a recent trip, and it was the needle valve in the float chamber sticking, despite it being a brand new one from Burlen. I took the float chamber lid off, worked the valve a few times and all was fine. Like Christopher, I imagine it could well be to do with the needle valve/float set up.
Malcolm
I only fit in a 2+2, so got one!
1969 Series 2 2+2
2009 Jaguar XF-S
Show post links
Top

Gents, the OP is stating:
"I disconnect the fuel supply, rechecked once again float which are new and floating + the float level, everything is ok. So I worked just with the remaining fuel inside the float chamber, I opened the starter to mid position saw the jet going down inside the jet bearing tried to start the engine and finally got the same initial issue."
Ralph
'69 OTS + '62 OTS - Belgium
Show post links
Top

Ralph : if the needle valves were not closing properly, then when connected, an excessive fuel level would have resulted. Even after disconnecting the fuel supply, unless fuel was taken out of the chamber before attempting to run the engine, the very high level would still result in precisely what is shown. However, I agree that if the carburetter needles were not put into the piston with the shoulder level with the base of the piston, the same might happen
Show post links
Top

Have you checked that the float chamber overflow pipe is clear? If new pipes have been soldered into the banjo's, any blockage there will cause flooding of that carb.
Jerome Lunt
1970 S2 FHC - Dark Blue, Red Interior, MX5 Seats
Show post links
Top

first of all thanks for the comments, so let me precise :

@Christopher : needles valves are new from Burlen. You are right for the 4 options, but I observed the same "flooding" with fuel supply disconnected

Tonight I re-adjusted the jet at the same level (picture below) than than the bridge and unscrewed 2 turns, I tried to start the engine without the starter => no flooding 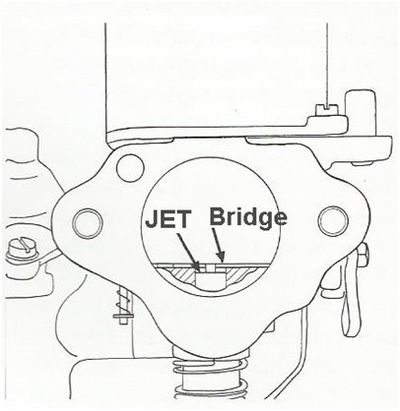 I tried with the starter and had a small flooding again ...

So the starter/jet position with starter creates this issue. What is approximately the displacement of the jet with starter to mid or full position ?


I miss something definitely ...

My float only floated up partially and slowly and clearly had a pin hole allowing petrol to fill it.

I'm not sure I understand this.

Often on first start up, I have found the float chamber floods and a tap on the side with a screwdriver usually solves this as it is just a sticking needle valve.

You state that you have adjusted the float height correctly, so it would appear that there is something wrong with the needle valve as it is still allowing the fuel to get higher in the float chamber.

The only explanation that I can see is that there is something wrong with the needle valves.

Does flooding occur on all carbs?
What I usually do: 1 check if and from which overflow pipe fuel is pouring. If not, floats and valves are ok. 2 check that carbs are level, remove dome and piston of carb in question 3 remove fuel completely with clean rag, switch on fuel pump (choke off), check fuel level in jet bore- it should be down the jet approx 5mm. Fuel should definitely not be pouring out of the jet bore- in this case I decrease float height (increase fork adjustment from 11 to say 14mm- switching off fuel pump before opening the float chamber), and return to step 3. If this makes no difference at all, the jet diaphragm has to come out for inspection - together with the carb.
Mark
1963 OTS 880436
Show post links
Top

As a point, do you use plastic or brass floats these days? I have had for years a stock of brass floats and still have a few left, so I've never changed. But what is the concensus of the members?
Show post links
Top

I had a brass float let go a couple of months ago. Luckily it was in the garage. Have now swapped both cars with plastic as the thought of that happening on Eurostar doesn’t bear thinking about!
Angus 67 FHC 1E33656
Show post links
Top

I had a similar flooding issue and I replaced all the brass floats with the nitrophyl versions.
Also replaced the needle valves and arms.
It turned out to be the submersed fuel pump from SNG pushing out fuel at 5.5 psi.
Had to put a regulator in place to bring it back to 2.75.
Richard

short update, flooding is coming from wrong carburetor needles ... ordered new at SNG baratt in the section 4.2 they propose "SC" needles, as you can see on the picture below they are completely different from the "UM" ones : 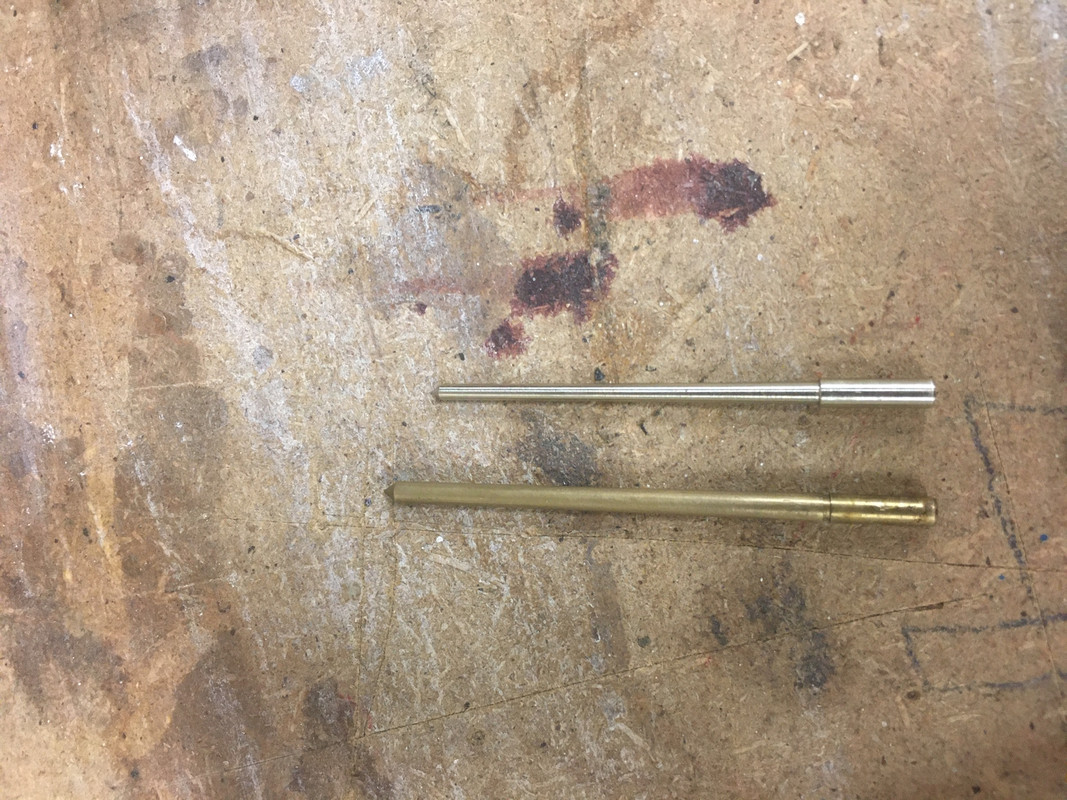 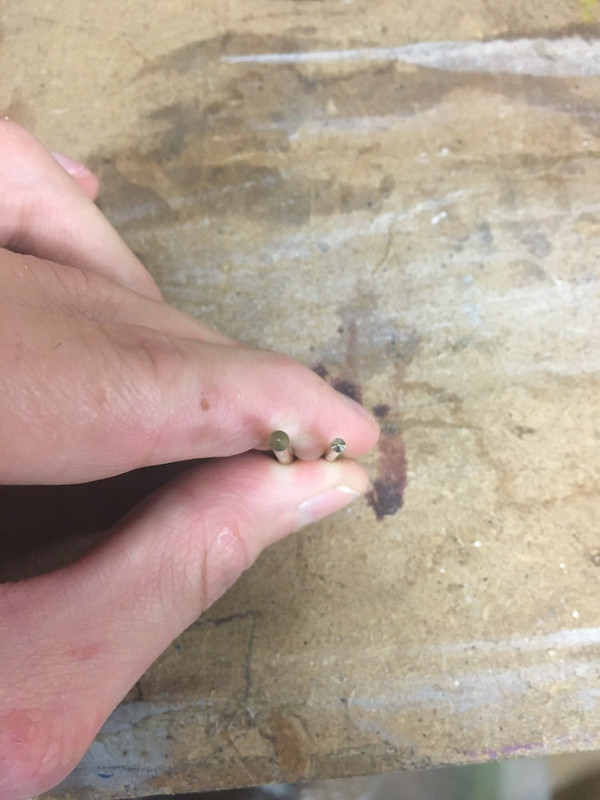 SC needles are thinner than the UM, so issue with jet functioning. I should receive the right ones this weekend.
Pierre
Show post links
Top

Oh dear... how could SNGB make such an error? According to my catalogue from Burlen, SC are for a .100" jet on e.g. H6 carbs for a Bentley Mark VI
Show post links
Top
Post Reply Previous topicNext topic
68 posts