#21 Re: Setting tickover with different camshafts - JAG4 from Guy Broad

John ball wrote: ↑
Tue Jan 12, 2021 1:13 pm
But something does not add up is the paperwork duration is described as 235 degrees. Surely this must be wrong, but I cannot get an answer or sensible explanation from Rob Beere ! Have a look at his website and explain to me how that can be so low.


John : the quotation of duration is very much dependent on the definition adopted . When Jaguar produced the cars it seemed to be the convention that duration was quoted from the moment the tappet started to move until the moment it ceased to do so in the closing direction, and this was 252 degrees throughout almost the whole XK life . Modern definition, in contrast, seems to be to quote timing from 50 thou lift back to 50 thou lift during closing, and this may be the source of the discrepancy
Show post links
Top

#22 Re: Setting tickover with different camshafts - JAG4 from Guy Broad

Chris, but on his website the other cams all add up and make sense except this one. Surely they are all described the same way as they are all made by Kent Cams for him. I called Kent Cams and they would not answer my question.
Jaguar XK120 FHC and Healey 100
Show post links
Top

#23 Re: Setting tickover with different camshafts - JAG4 from Guy Broad

I can well believe it Malcolm and the chances are it works well because it is fairly mild and not great deal different from stock. The difference may not be huge but it’s all positive.

Rory doubtless went straight past JAG2 and JAG3 and fixated on MORE POWA that the telesales clerk promised JAG4 would deliver beyond 11,000 rpm (making him more attractive to wimmin on reaching the summit of Mt Ventoux ahead of everyone else, with enough time in hand to throw a bike tyre over cousin Tommy Simpson’s memorial near the top).
1E75339 UberLynx D-Type; 1R27190 70 FHC; 1E78478; 2001 Vanden Plas
Show post links
Top

#24 Re: Setting tickover with different camshafts - JAG4 from Guy Broad

I didn’t attend the 78 races but I did get there for ‘79. I don’t know if Mike rode the same Duke then, (5th place in the F1 race) but I do recall the classic TT that year in which Mike and Alec George traded 1st place over the last lap or two. Mike was on a Suzuki, Alex was on a Honda.

A few years later I briefly rode a Hailwood Replica Duke. I found it the most underwhelming ride. All bark and no bite. Glorious bark, though. The following week I tested a Kawasaki Z1R fitted with a turbo. That bike had a power band that was a switch, nothing until the turbo wound up, then MASSIVE power to the red line. It detonated at any revs. And ran about 100 miles per set of pistons. 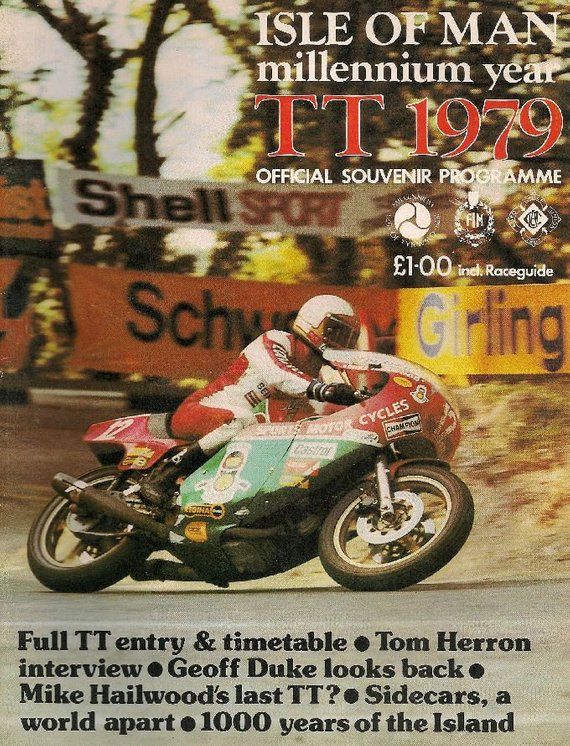 #25 Re: Setting tickover with different camshafts - JAG4 from Guy Broad

When I lived in Buxton I occasionally saw big trucks in the East Midlands with Alex George painted on the side. Was that his firm. I only remembered him as a Norton rider. Not that different to driving a truck..
1E75339 UberLynx D-Type; 1R27190 70 FHC; 1E78478; 2001 Vanden Plas
Show post links
Top
Post Reply Previous topicNext topic
25 posts