I was looking this up to work out what a true original distributor "map" for the MegaJolt would look like.

It will be of no immediate interest to anyone, but as I have the info fresh to hand I thought I would put in on the Forum for anyone who ends up searching for it in the future.

The DMBZ6A distributor is shown (in the Bentley Publishers copy of the original ?) as having a vacuum-retard specification 54410415 ; this is the internal suck/advance specification of the 40617A vacuum-unit itself, which translates into the corresponding "degrees-per-inches-of-suck" figures which are given alongside, see the table. 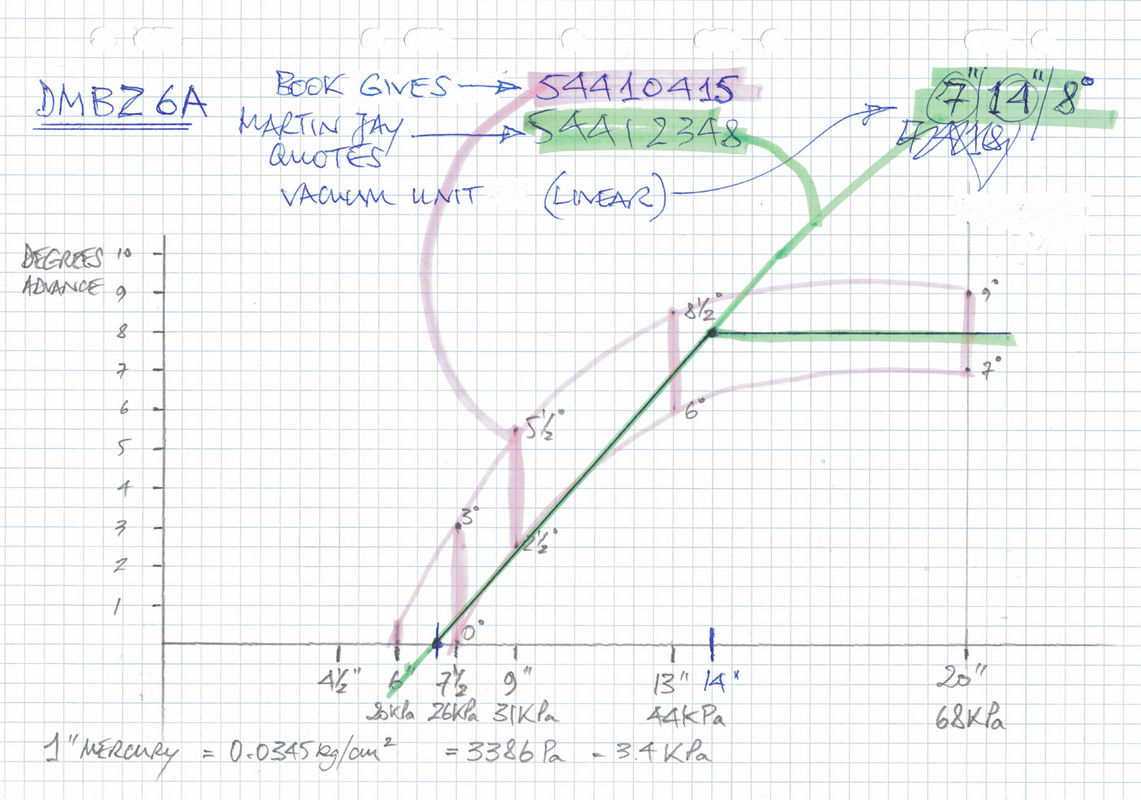 He suggests that these units are only ever linear, as they are just a diaphragm operating against a spring, which makes Jaguar's "curved" specification rather odd ; I have plotted the points given in the Bentley book for the 54410415 in pink, and the 54412348 in green - forgive the scribbles, some of this was done on the 'phone.

The Bentley figures are not that different, at their lower end, but would potentially have given 2 or 3 degrees more for a given manifold pressure.

Yes, Christopher's numbers are indeed the same as my pink curves, and as the book.

What is curious is that Martin Jay has no record of that Lucas reference, and that by all accounts the suck/advance curve cannot be a curve but only a straight line - unless there were two springs in series ??

Maybe the "curve" was a reflexion of what the engine would tolerate.
Rory
3.8 OTS Cream 877393 Built May 28th 1962
1978 Mini Van
(plus bevel and belt single-cylinder Ducatis)
Show post links
Top

Yes, I had an interesting exchange with BritishVacuumUnit in the US.