Now this question is about as arcane as you can get, and was brought about by a restorer asking me about the early and later steering wheels. So I sent some photos including this one of the boss and wheel from the underneath. Jokingly, I mentioned that if you were stuck on a concours decision see if the boss is hand-riveted. But therein lies a question; when did they stop and go to machine riveting - or even did they? Oh, and when did beech give way to mahogany? 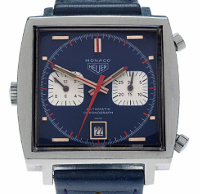 The first 7,500 steering wheels were made by the Coventry Timber Bending Company (who also made the D-Type steering wheels) using laminated beech. They were hand-made, complicated and expensive to produce so Jaguar moved the contract elsewhere and the new wheels were a different design (thumb groove on front face, no exposed rim on the inside) and made out of mahogany. These wheels had machine closed rivets rather than the hand stamped on the CTB wheels. Mike Lempert maintains that some of the CTB wheels were made of mahogany towards the end of production. More information here: viewtopic.php?p=35111#p35111
David Jones
S1 OTS OSB; S1 FHC ODB

Thank you again dear sir. It is amazing what one learns every day. I found my "blonde" wheel, complete with boss, sitting on a shelf in Coventry many years ago and paid the enormous sum of £75 for it. I replaced the later thumb-dish wheel which still hangs in my office. I have often wondered why it wasn't the same colour as all the other wheels I have seen, and now I know. It seems that on my car it is incorrect since the outside lock cars finished at 91 and mine is 152, so it belonged to one of the first cars. Ah, well, no matter, it is staying.