After months of difficulty cold starting my S1 3.8L, it looks like I finally found the culprit (with much education from this forum). I had initially thought it was the starter motor disengaging prematurely each time the engine fired, but it now looks like the enrichment mechanism on one of the carburetors is stuck. Because of the choke linkage, the stuck carburetor prevents the choke adjustment from full travel, which also prevents the other two carburetors from getting any enrichment.

The sticking portion could be the outside lever assemblies or the mixture control jet inside the carburetor. I have poured penetrating oil on the lever assembly, but that hasn't loosened it up--at least not yet.

Q1: Is the sticking likely to be the outer lever assembly, or the jet inside the carburetor?

Photo of linkage is below. The center lever with a tab is the one that is moved upward when the choke control on the dash is moved upward. The lever that is above and to the right of it (with the mixture adjustment screw) is the one that seems to be frozen. (Photo is of center carb, but stuck mechanism is actually on the front carb.)

Any guidance and advice would be much appreciated. 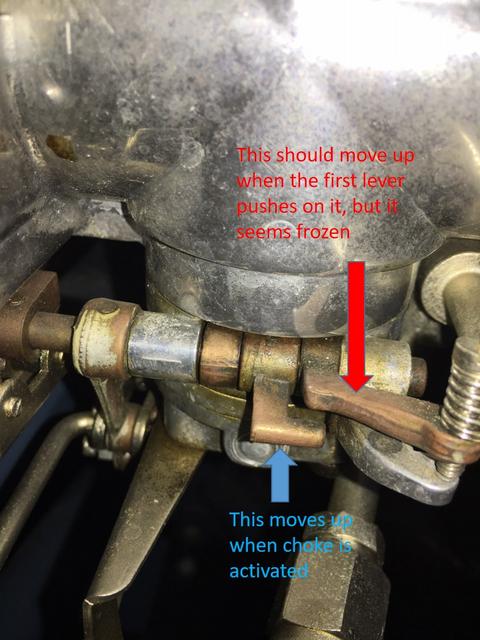 Hi Bill,
To work properly Prefer remove the carb.
This is the part where you have a problem 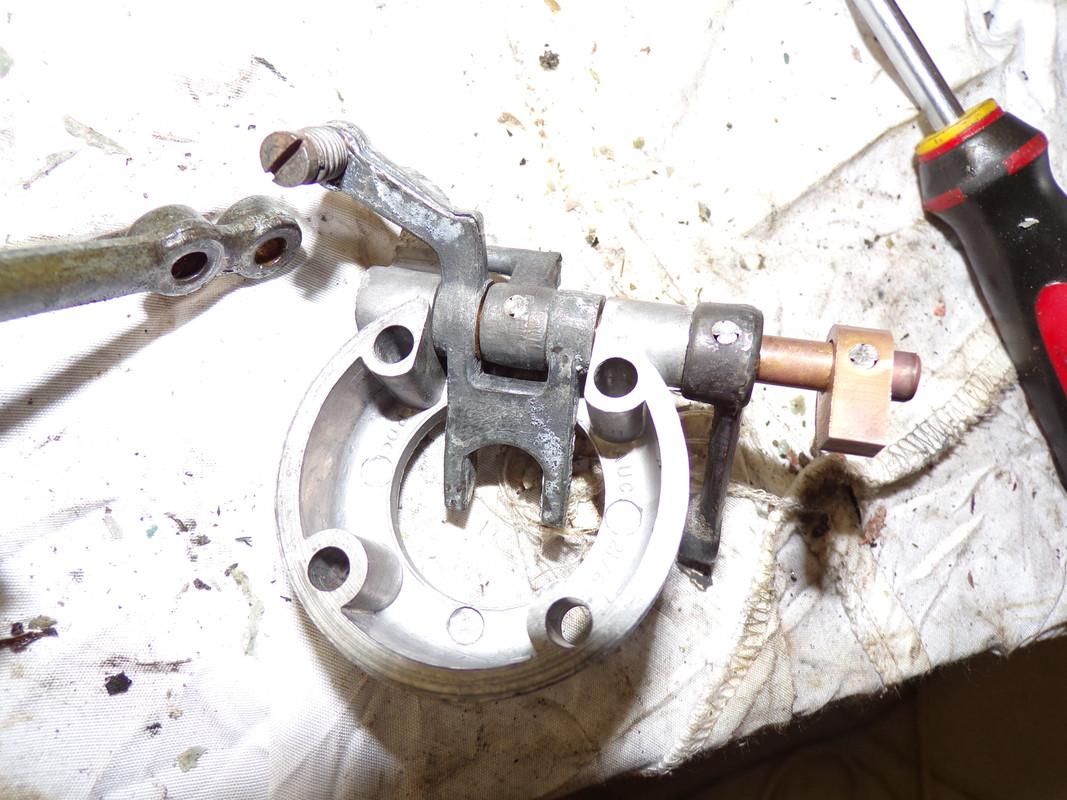 All of mine were stuck!

The first bit of choke adjustment opens the butterfly a chink, then the lever that is stuck on your one is pushed up and this pivots and pulls the jet downwards to enrich the mixture, the butterfly opening a little more at the same time.

Essentially in mine the jet was stuck completely in its support bearing cylinder ..possibly dirt/deposits in old petrol.

I had to get new jets anyway due to the rubber diaphragm being cracked. I cleaned the inside of the bearing cylinder so the new jet was free to slide up and down.

You shouldn’t need to mess with the spindle attachments, pins etc

...sorry .. you deffo have to remove the carb

Thanks, Mich and Robbie, for the quick and clear advice. Looks like I need to clear the workbench and the calendar for this little project.

If you take lots of photos and get the SU guide it helps
Also don’t mix parts from each one, particularly the dash pots and pistons
DON’T polish the insides of these just make sure they’re clean
Maybe best to keep one intact as a reference!

This recent thread from Jag-Lovers might be useful depending on the nature of the problem.