There are some helpful posts on here about removing the bonnet alone, doesn’t seem too hard. My S2 has a different hinge set up from the helper spring detail in the Haynes manual. I guess it changed at some point on the later cars? I presume once supported its just a case of removing the damper and undoing the four setscrews on each hinge?
Cheers, Colin.

Colin, that’s right. Use the advice you’ve read and at an appropriate point remove the bolts holding the strut at each end. If you look on the for sale section there are plans for a wheeled bonnet stand if that’ll be useful for what you’re doing.

Colin : the hydraulic link is no problem : just unbolt it once the bonnet has been secured in an open position . I do not advise unbolting the hinges unless you have to : it is better to take out the horizontal bolts on the lower forward part of the forward frame, and then remove the top hat inserts which allow the bonnet to swivel around them. The bonnet can then be lifted clear. If you are doing this in the conventional way, rather than by tying the bonnet up in a vertical position, note that it is far easier and safer with 3 men ( of any sex! ) one at the front controlling the bonnet aperture, and one under each wheelarch. The centre of gravity is much further forward than you would expect , and is about 2/3 of the way towards the front of each wheelarch - this is why the man at the front is so useful because he can control the fore and aft "trim" much better
Show post links
Top

Bob, there are simple brackets on the bonnet and the picture frame as you can see in the photos. I'm sure if you contact the usual suppliers they will be able to help you.
You may have to gain access to both sides of the bonnet to attach the bracket there, so you would probably have to remove the headlight or other parts, but doable, I'd like to think.

BTW, the strut from SNG Barratts is not as long as the original, I've dimensions and know of a UK supplier that has a longer strut

Update- first top hat was very obliging, the second withstood releasing oil, gentle leverage, brute force, shock and a good deal of heat for about 90 minutes before I gave in and got out the grinder. Bonnet now stored on the newly built trolley that Geoff put me on to. Thanks all.

Hello Bob,
A bonnet originally set up with the spring counter balance mechanisms can be converted to use a gas strut, but its not just a matter of bolting a couple of brackets in place.

The following picture is of the front face of the LH Forward Bulkhead Panel of the Bonnet. The bracket, which included the reinforcement is not available as a separate item. Accordingly, you would have to have it made and then it should be spot welded, or MIG plug welded to the panel. It would probably be cheaper over all, to purchase a new LH Forward Bulkhead Panel that is available with the reinforcement bracket already in place. Either way, the panel will have to be removed from the bonnet to do the work. 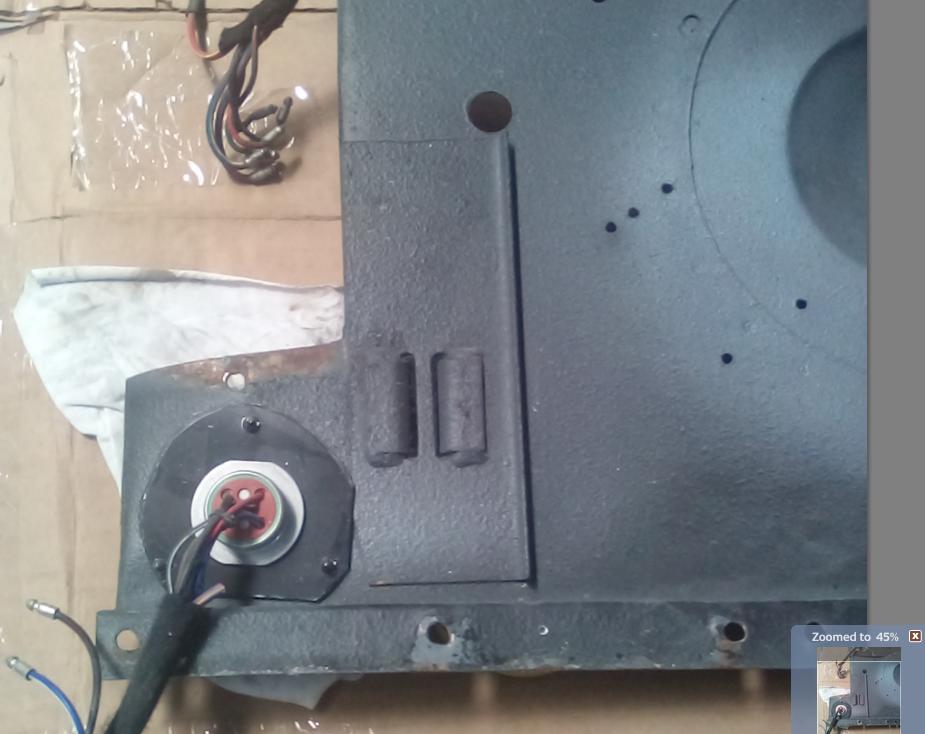 The following picture is the similar panel from a bonnet not equipped with a gas strut, showing where the reinforcement and attachment bracket would be located. 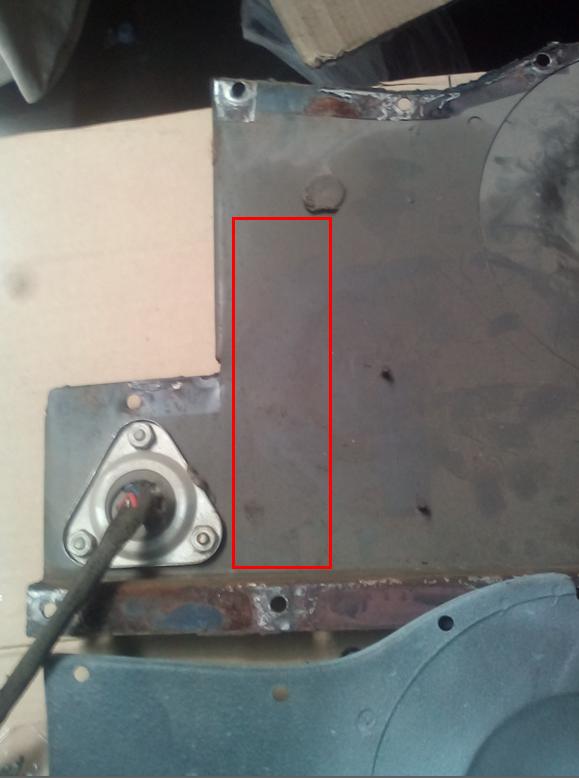 The following picture shows the face of the LH Forward Bulkhead Panel where the gas strut attaches. 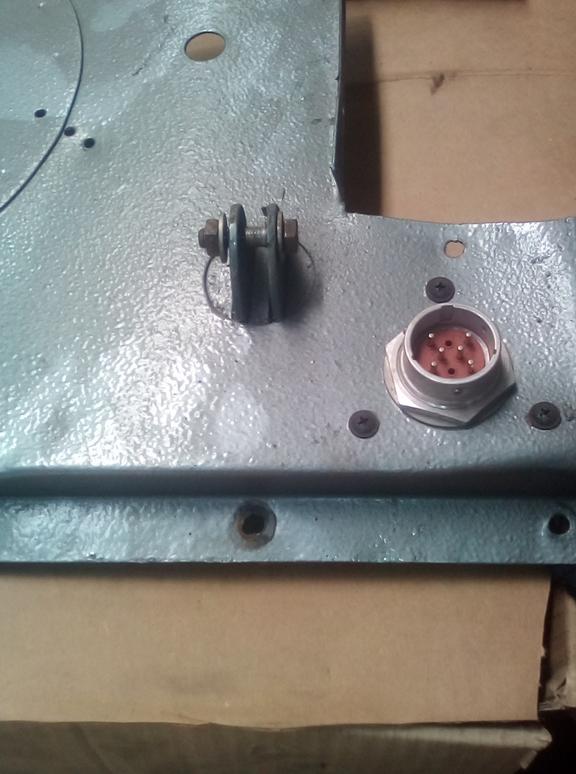 Bill, thank you for this, it’s always good to learn more about how our cars were built.

angelw wrote: ↑
Sun Jan 10, 2021 7:13 am
A bonnet originally set up with the spring counter balance mechanisms can be converted to use a gas strut, but its not just a matter of bolting a couple of brackets in place.

To be honest, that is a lot more work than I was expecting. I guess I will continue to deal with my spring assisted system.

Hello Bob,
Its a fairly simple job if you were to purchase a new panel, available from SNGB, complete with the infrastructure for the gas strut in place; part number BD36578.