I'm wondering which trim color my 1971 E has had when it left the factory.
The heritage certificate indicates "beige".
At the moment the car is trimmed in black but I have found some original sections under the seats trimmed in beige vinyl.

I have got samples of beige vinyl from BAS and Aldrige but the the color is different from mine.
During Essen Techno Classica I talked with BAS people and they found a sample which at least look similar to my color.
It is a different beige (dark beige)

Does someone know if Jaguar has used different kinds of beige trim?

Thank you for advice

There were several brown colours listed but only 'Beige' was available between August 1970 and Oct 1972. From March 1973 'Tan' was available, from Jan 1972 'Biscuit' was listed.

Most popular colours in a brown colourway on a red V12 were Biscuit, Beige or Russet. Cinammon was also available so you have four shades to choose from:

Bear in mind Jaguar would accommodate a customer request for a 'special' colour if it was available.
David Jones
S1 OTS OSB; S1 FHC ODB

Dear Sven - According to Anders Ditlev Clausager's book: "Factory Original Jaguar E-type",page 165, the "most common" trim colour combinations for the Series 3 with Signal Red paint colour and from Aug 1970 to June 1974 was beige, biscuit, black and russet with only 4 cars (of a total of about 15,000) done in "special colours".Per the same source (p 166) "the most popular colour schemes" for the Signal Red paint colour were:
Biscuit: 261
Black: 1010

Per the same source, page 165, Beige was available from Aug 1970 until Oct 1972.
There are some footnotes to these statistics, which are presumably only as correct as the factory recorded them.

My guess (?) from the above is that "biscuit" is the likely trim colour for your Series 3, with beige as a possibility.

Richard Russ's book: "A Guide to Authenticity" is not much help as he lists the paint finish and
interiors (page 68) from March 1971 to Oct 1972 as does Phillip Porter's "The Restorer's Guide....."
Hope that helps and I admire your dedication to authenticity.
All the best
Chris
Show post links
Top

Thank you for your replies!

I think it will be best to order some larger samples (bisquit looks good) and then try to find the one that
looks best (including the opinion of my wife!)

Hi Sven....i had a problem finding a matching beige for my 69 2+2...talking to a few trimmers i found that there was a beige called Barley that was used....Aldridge had some.....but dont think it was their standard "beige" could well be worth you also asking for "Barley" as an example a photo.. ..Steve 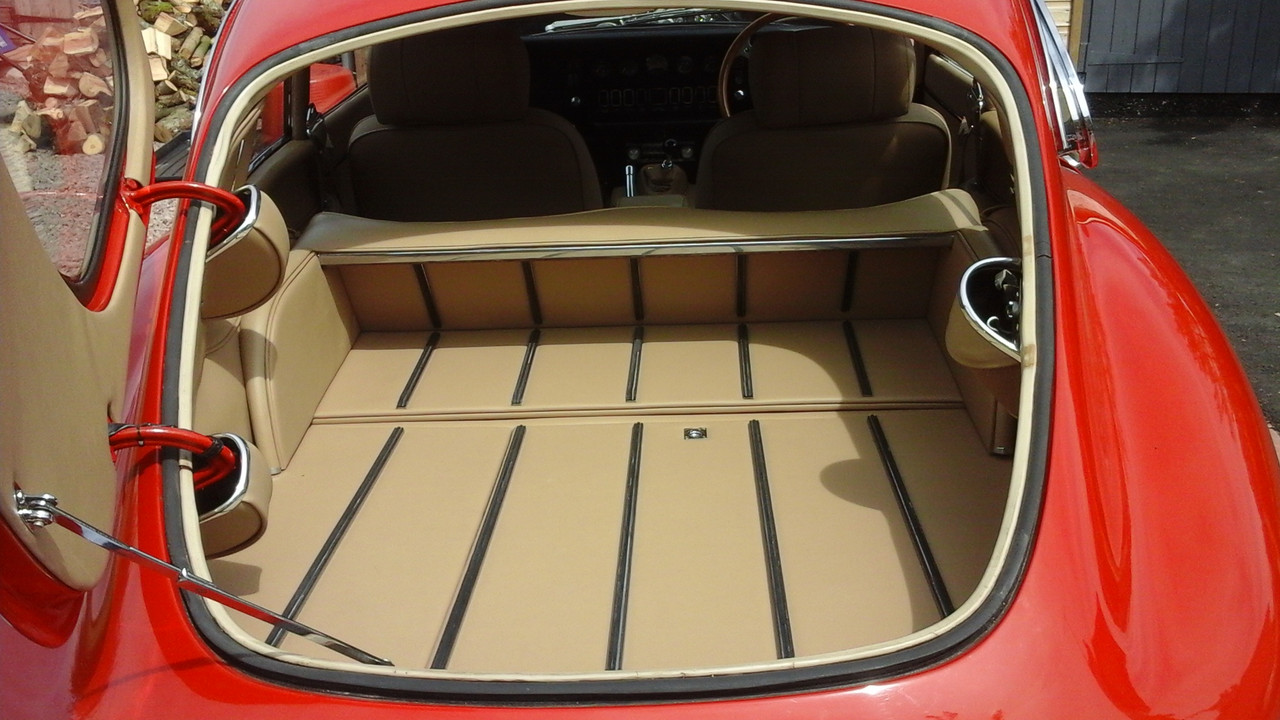