#21 Re: Heating and ventilation

Poor chap Martin simply want to heat the cabin of his E-Type. He was told simply how to accomplish this. But it seems some folks want to play semantics, suggest it might be something else, perhaps for no good reason then to see there words on this forum. How sad. Hot water goes up to the valve, if blocked (for the purpose of no heat), the water continues to circulate. Simple . How sad when a forum, available to help others, becomes a sounding board for self serving nonsense.
Show post links
Top

#22 Re: Heating and ventilation

#23 Re: Heating and ventilation

is for sure. One just have to navigate the obstacles

#24 Re: Heating and ventilation

I really appreciate all the input guys and the photograph in particular is very helpful. What is not helpful on my part (and probably frustrating on yours) is that I did not get chance this weekend to try out any of the suggestions so I'm afraid you are going to have to wait until next weekend for some feedback - apologies

#25 Re: Heating and ventilation

WHAT??? You didn’t immediately rush out and pull yr heater apart till midnight? BH…
To test the cable to the water shut-off/reg valve (per JC): As explained. Operating the right control (Air hot-cold) needs to operate the valve full stroke.

To test the valve (per Ole, Steve): Need only drain a couple of litres out of the radiator, so you don’t spill too much coolant everywhere, anti-freeze dries to a chalky residue. Remove the two hoses from the valve, use a thin screwdriver to loosen (prise) the hoses a bit from the pipes so you can wiggle them off without excessive force. Using a short, tight-fitting hose, blow thru the valve. When the valve lever is fully CCW blowing should be easiest. If not: Valve adjustment is by a small phillips screw protruding from the back of the valve mechanism (pic). 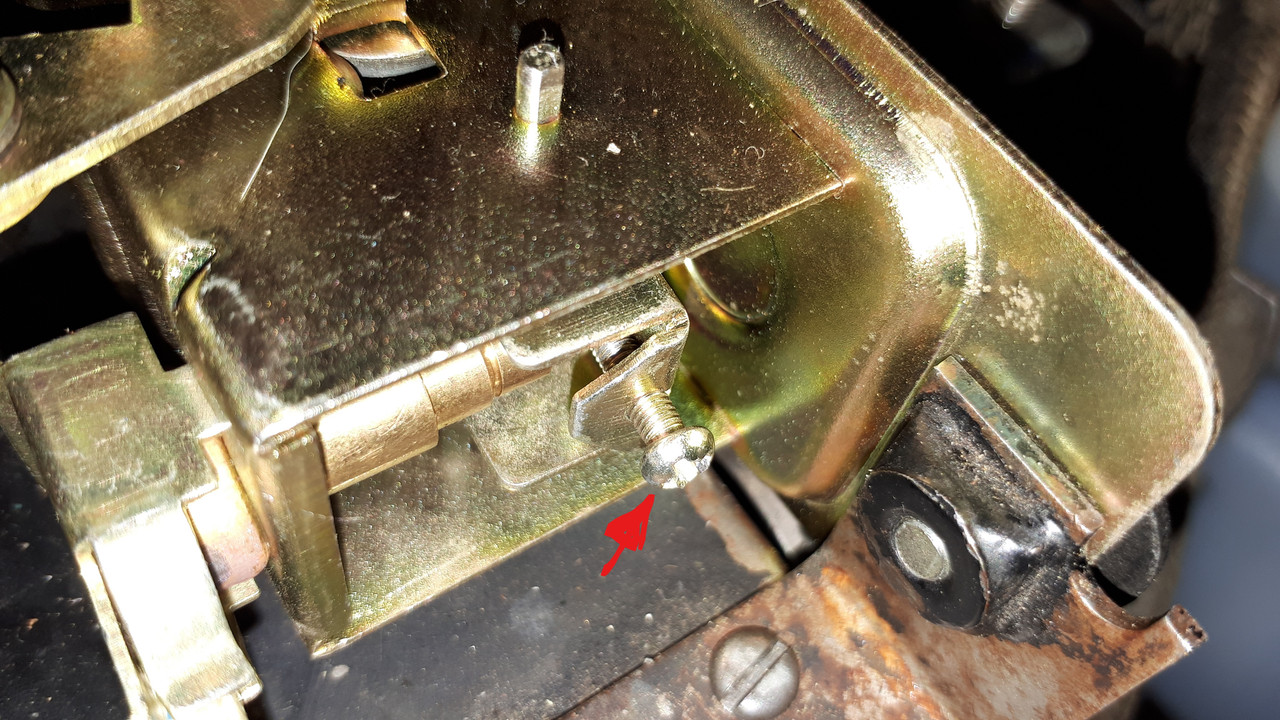 To test the heater matrix (per Stuart, Ole): If convection makes hose temp inconclusive, alternative procedure is to remove the hoses to the matrix and try blowing thru. If cannot blow easily yr up for a new matrix.

To test the Air on/off control (per Ole): The left control (Air on-off) should flick the flap fully open or closed, no intermediate position. If the oblong vent thru the bottom of the box is open (u can stick yr hand in) it means the flap is up (vertical), air from the heater fan is being diverted into the engine bay, there can be almost no flow of heated air from the matrix into the cabin. 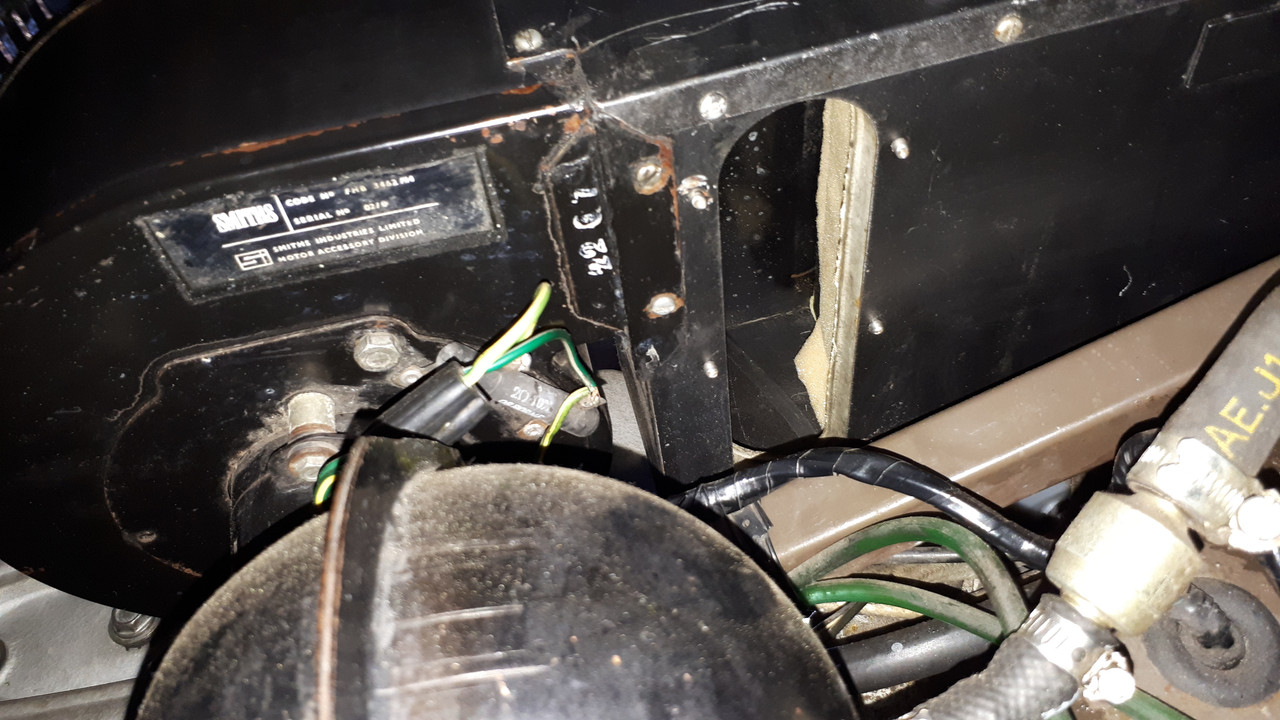 For hot air into the cabin this bottom vent needs to be closed by the (horizontal) flap .

Air flow over the matrix (fins) can also be blocked by build-up of dust, pollen etc. that clogs the fins. Is hard to detect this, Dismantle box and clean.
Regards,
ColinL
'72 OTS manual V12
Show post links
Top

#26 Re: Heating and ventilation

- I now have my homework set for the weekend! Just to ensure there is no misinterpretation at my end (I'm clearly light years behind you in understanding these matters) can you confirm your meaning of the references to the control lever being CW and CCW. Thanks in advance and apologies if this is basic stuff

#27 Re: Heating and ventilation

#28 Re: Heating and ventilation

Got it thanks
Martin

#29 Re: Heating and ventilation

Finally all sorted with the replacement of the heater matrix - now I can get warm air into the cabin just as the outside temperatures are rising!! Thanks everybody on here for your help

#30 Re: Heating and ventilation

Update... gven that I had run the car for the last 12 months which was the first time it had been run consistently for 10 years I was wisely advised to also give the system a full flush through and then refilled it as quite a lot of crud had clearly been loosened by its reintroduction to the road!
All continued to run well for a few weeks with heat back into the cabin with a normally running system and then as the height of summer came along then the cooling fans packed up which is picked up in this thread http://forum.etypeuk.com/viewtopic.php?f=6&t=14428
Martin

rossco_j wrote:
Tue Jul 21, 2020 8:49 am
Hello Colin / lowact,
Can you help me by clarifying your post please. I've added a marked up copy of your photo to ensure that I understand your explanation of the valve operation.
My recently re-commissioned series 3 seems to always have warm air flowing into the cabin. Not an ideal situation in Queensland...
If I'm understanding correctly, the flap in the heater box should be vertical & the valve arm towards the front of the car. I've also adjusted the philips head screw fully in.
I'm trying to achieve mostly cool air in the cabin.
Do you have a photo of your heater hose configuration please.
Thanks for your time 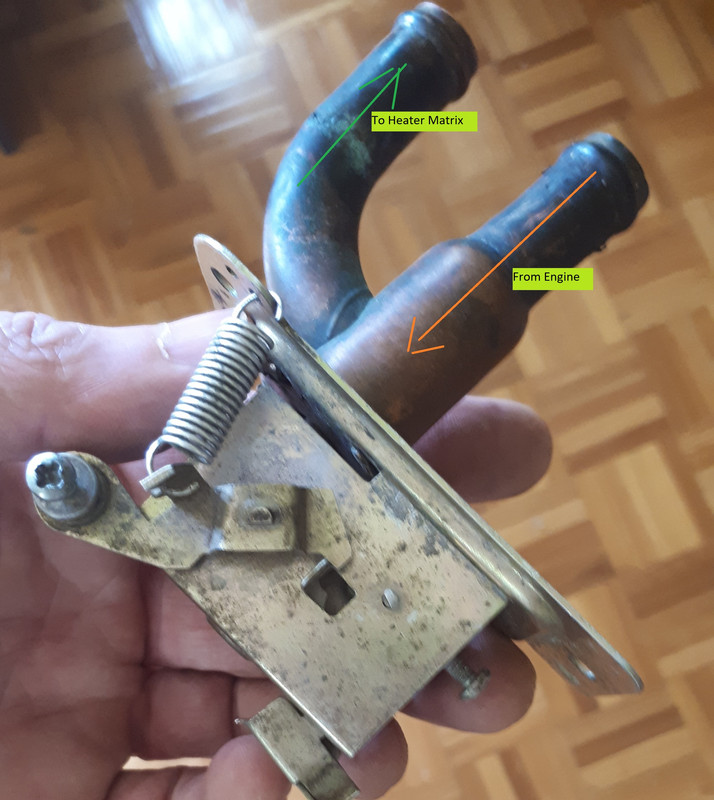 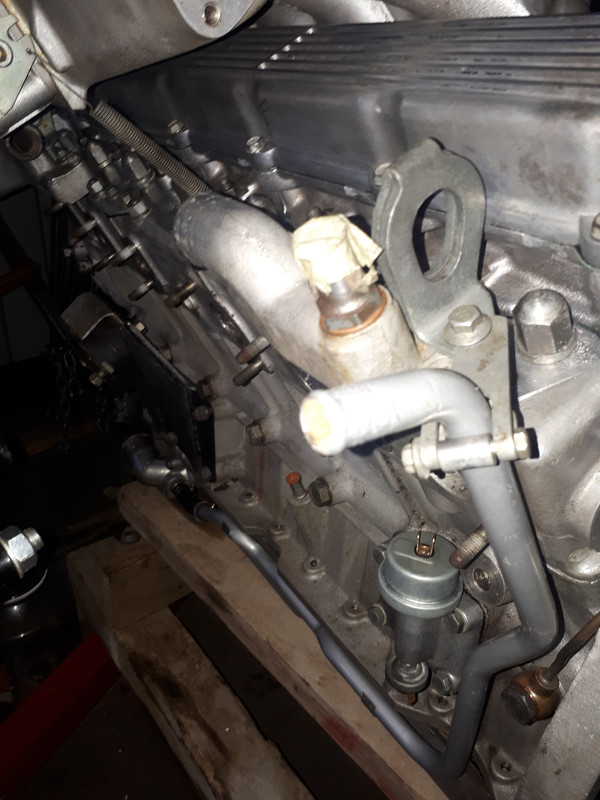 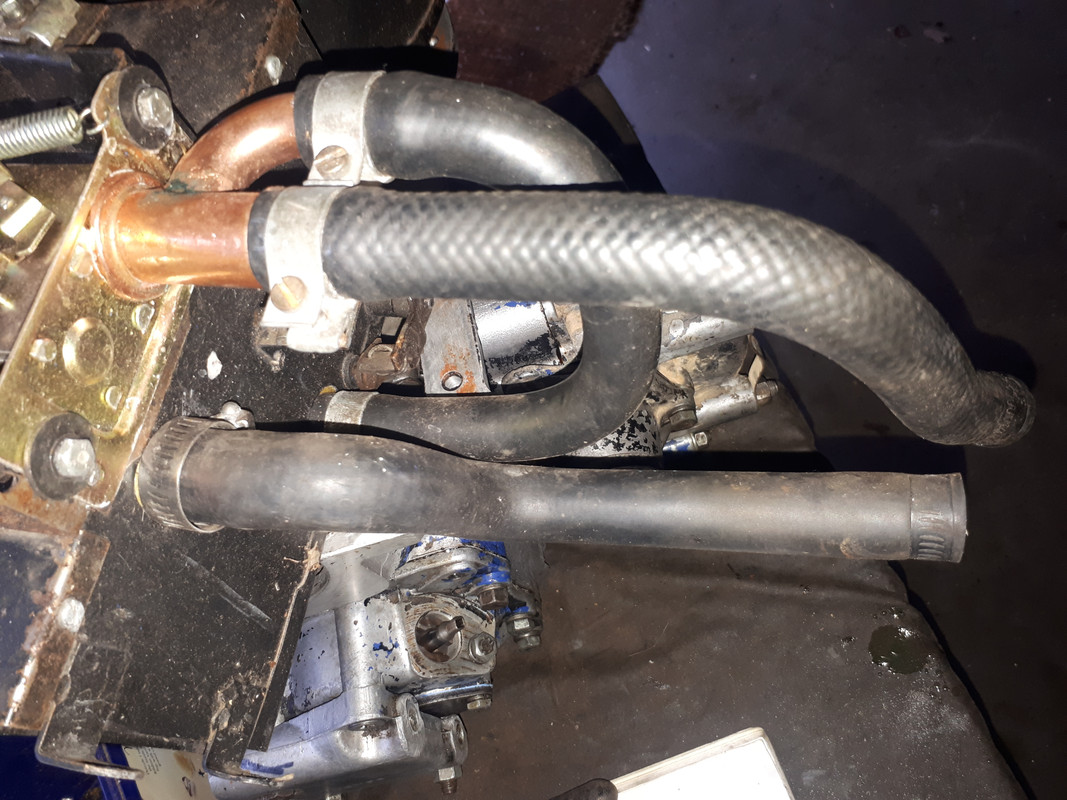 This is way OT, but I notice you still have the oil pressure sender mounted on the side of the block (which will ultimately be hidden an made virtually inaccessible by the exhaust manifold). With your engine in this state of disassembly, it may be prudent to relocate it to inside the the V and just behind the throttle pesistal.