This may sound a fairly stupid question as I have owned two V12 e types and I am asking about how they compare with a series one, and I have had several of those too! Firstly the last series 3 I owned was in 1988 so a long while ago and I genuinely cannot recall it being anything other than a lovely smooth turbine like motor car. I am seriously considering getting back into a V12 as a value proposition and keep getting put off by others opinions on the driving merit of each. I am now well into my 50s well nearly into my 60s and my days of driving very sportingly are increasingly behind me. So my question is forgetting all the sportscar vs GT car stuff, what do you all think about the comparison and is it worthwhile to sport up the series 3 a bit with polybush and other mods.

How about one of each?

Throw in a Series 2 while you're at to complete the set.

I have an S3 with poly bushes, adjustable GAZ shocks, springs in the back, updated TBs in the front plus a few other mods for functionality and looks. Do it is my advice.
1974 SIII E-Type w. XJ S2 4sp w. O/D
Show post links
Top

If you post for opinion on whether the Series 3 cars are nicer than the Series 1 cars, on the Series 3 forum, of course you’re going to get the (correct!) answer that they are as good if not better!

Seriously I have no regrets whatsoever about owning a Series 3 and really, all I want now is enough funds to buy a matching S3 OTS. What’s not to love? Turbine like performance, great brakes, lots of headroom and luggage space, a fuel economy not really all that much worse than the smaller engine versions and, if you can’t afford the fuel, especially for the limited mileage you’re likely to do, you can’t afford the car. I never tire of the wonder when people realise it’s actually a V12. So glad that I bought it.

Probably more of a cruiser than sporty, but performance seems pretty much equal when not listening to Jaguars inflated claims for the original cars and I think the looks are fabulous. So incidentally does almost everyone I talk to. Anyway if you want performance you can buy much more for a lot less than any standard E- type

The only E Type worth owning is a S1.

The S2 cars are ugly, and the S3 cars are rubbish; a badly dealt hand played poorly.

Maybe thats a good good reason for owning an S1 or S2. Weight loss for the driver to enable egress.

The SWB roadsters certainly require less skill to get in and out of than the coupes.
James

OK well one or two views here, much as I imagined really. I tend to think of the cars as quite different animals and on that basis dont get hung up about whether one is as good as the other. The V12 certainly has a presence that is wider track and wheels and length afford it. I think the only real answer is to get a decent drive in a series 3 to see whether it floats my boat or not. On the size of the series one vs series 3 it reminds me of a funny story. My brother in law has a series one roadster he has owned since early 1970s. He has not had it on the road since 1984 and languishes in his garage awaiting his retirement to restore it. A couple of years ago he was visiting me and I had a series one roadster here. He tried to get into it and simply could not manage it. Sad really , he hasn't mentioned his own car to me since although he won't sell it to me.
If anyone wants to add any more views on the hotting up of the series 3 drive dynamics I would be interested in hearing opinions. thanks Andrew
1962 3.8 Series One FHC

I am only considering a series 3 roadster. I personally very much like the style them
1962 3.8 Series One FHC

Hi Andrew...as your aware S1 & S3 are very different animals so why even try to compare them.......what do you mean that your thinking of one as a "value proposition".........only thing i would remind you of is working on a S3 engine/bay will be more difficult than a S1......just go get one...even better if you could find your old one....All the best....Steve
Steve
1969 S2 2+2 & Building a C type replica
Show post links
Top

sorry, what I mean by a value proposition is that the series 3 roadster looks very good value vs a series 1 roadster. I realise that they are very different cars, perhaps its a flawed question and best resolved by me driving one which is what I will aim to do sooner rather than later. I have 2 x v12s already, XJ12 series 1 and a pre HE XJS so not too bothered by the engines tbh. thanks
1962 3.8 Series One FHC

There should be no surprise at the relative difficulty in ingress/egress in a SWB E Type. After all, they were designed to fit Norman Dewis, RIP.

Apologies for entering this discussion a bit late, but we have been away.....well, I have had both an S1 and currently, an S3. My S1 was updated with many mods, but still drove like a 1962 car. Amazing for that era, but I really had to scratch the S3 itch. As a drivers car, there simply is no comparison. I know my S3 is a restomod, with a factory 6.0 fuel injected engine, and with bigger throttle bodies pushes out nearly 400bhp. The suspension and brakes sorted, and also the power steering feel. The S3, even in standard trim, is so much more sophisticated, and so it should be introduced 10 years after the S1. I have to say it really is a no brainier. 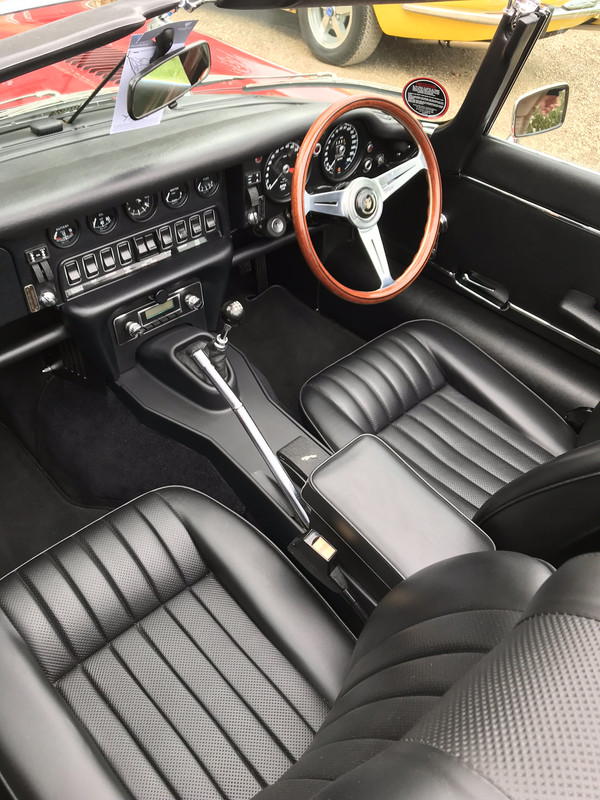 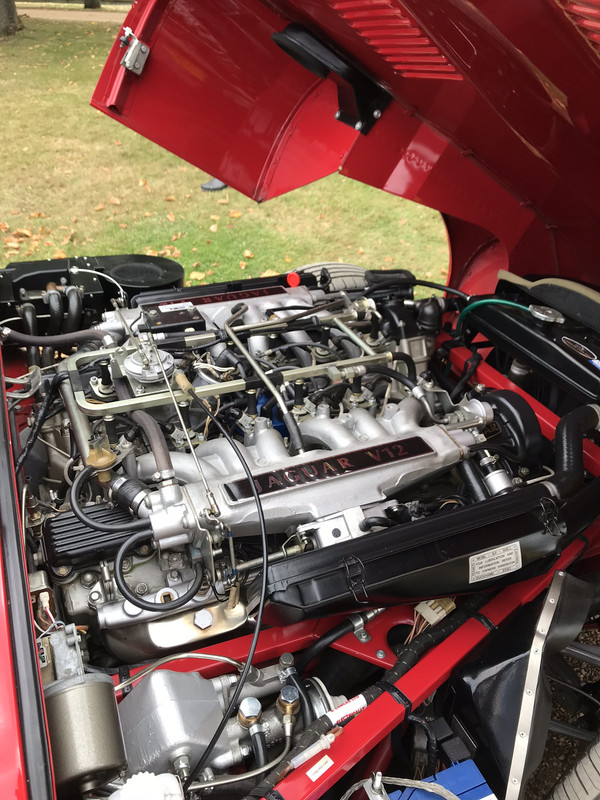 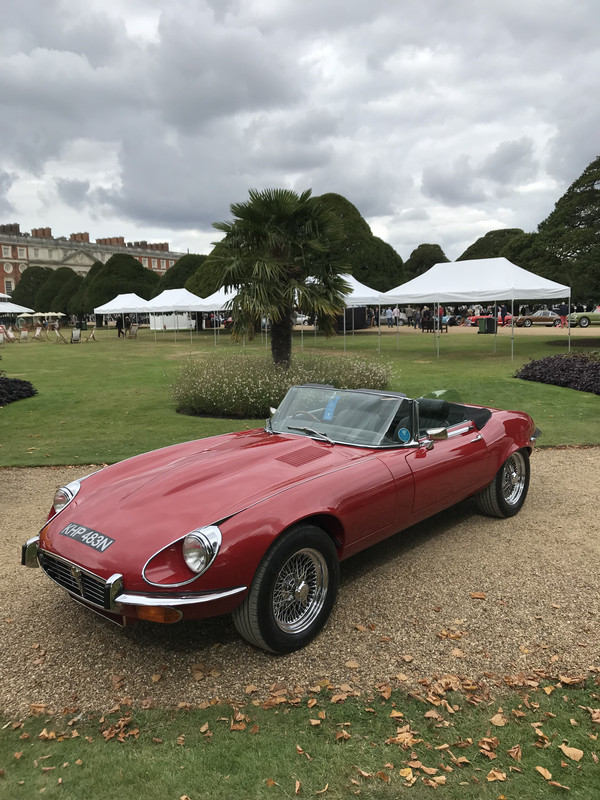 thanks for the reply Barry. Thats some good looking motor car. Love the engine ebay, What did you do to the suspension , brakes and steering ? 5 speed?
1962 3.8 Series One FHC

The S3, coupe and roadster, are both built on the 2+2 platform, which is 9" longer (through the door area) than the S1/S2 FHC and OTS. This puts the B pillar 9" further to the rear and provides the notion that the LWB car is easier to get in and out of. However, if you look at the general position of the seat back rest in a S1/S2 FHC, or OTS, its close to being inline with the B pillar (for a tallish person). The same seat position in a 2+2, a position 9" forward of the B pillar, relatively speaking, makes the extra length of the LWB platform rather irrelevant when relating it to the ease (or difficulty) of getting in and out of the car.

There's so much more room to spin around and get your legs in once you've sat on the sill.

It's now on the market for what it cost to restore, and it's a really, really good car for the money. http://collectableclassiccars.com.au/ca ... 1-5-22-rhd

Very impressive Andrew, very classy, very elegant. I'd be afraid to drive it.
I wonder, where did the notion that S1 were sporty while S3 were tourers, come from? Is there any basis? Or is it just a presumption because S1 wheels are closer together and because S3s do everything so easily?
Same power to weight however S3s, with much greater torque and superior brakes, can out-perform S1s, anywhere at any time?
Imo, S3 design, wider stance, filled out wheel arches and swept screen is more beautiful, iconic and classical, compared to S1s dated quirkiness, sexy sheet-metal on a billy-cart...
Not just easier ingress/egress (for everybody), also S3s increased luggage and storage space makes them more useable, compared to S1?
Clearly, in every-way, S3s are a continuous improvement evolution of the original S1. S1 will always be renowned because they were first, but to suggest that they are anyway better, is laughable. And let’s not forget that S3s are cleaner, less polluting than are S1s.
Regards,
ColinL
'72 OTS manual V12
Show post links
Top

If anyone wants to add any more views on the hotting up of the series 3 drive dynamics I would be interested in hearing opinions. thanks Andrew

My FHC has Gaz dampers, polybushes all round and SUs. My OTS has Boge, Mealastics and Strombergs. IMHO the OTS is a much nicer car to drive. We have taken it to almost every corner of Europe and just do not tire of it. As has been said by others the longer doors and extra space make it easier and more practical to use than an S1. However, the longer wheelbase and weight distribution will never match the responses of the SWB cars. It just depends on how you plan to use the car. My suggestion would be to keep it largely as Jaguar intended and enjoy the long distance tourer that it is.
Cheers
Adrian Turner
S3 OTS & FHC
S1 FHC
XK140 FHC
Show post links
Top