by MontanaDiver
I purchased the opus upgraded distributor from SNG Barrett in October 2016 for my 1974 E-type. Last fall, I was prepping for a car gathering. I was sprayed off the wire wheels with a pressure washer and then finished hand washing the car. When I restarted, it was misfiring. I missed the show and let the car sit for a couple days to dry out the ignition, not certain if it was the igniter or inside the distributor. When I restarted the engine, immediately it had a misfire and popping back through the carbs.
When I removed the cap, it was coated on the inside with a baked on substance and the rotor was disintegrating. The rotor plastic had softened and coated my hands as I tried to remove it. It was locked onto the shaft, presumably due to the degradation of the plastic. I clamped the outside of the rotor to remove it. The entire rotor was soft, both the top and bottom. The cap was coated with with Foreign matter, and was completely dry. No signs of oil. The plastic cover was clean and showed no signs of contamination. The reluctor and the base of the distributor was absolutely clean and free from oil or other visible contamination. The cap gasket was intact and the imprint looked exactly like it should. Indentations where the cap was sealing against the distributor base. No appearance of a way for the foreign matter to be introduced inside the cap.
I emailed SNG and unfortunately with the covid issue, no technical support was available. I ordered a new cap and rotor and after installation, the backfire issue was resolved.
I will send photos from my phone after I post this, Has anyone else seen this issue with US based replacement distributors. 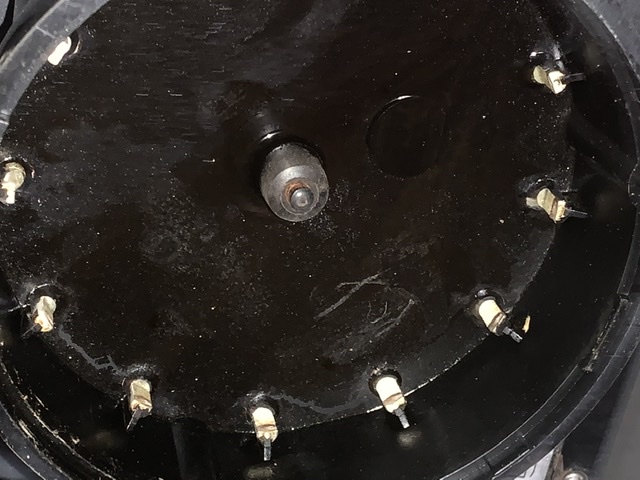 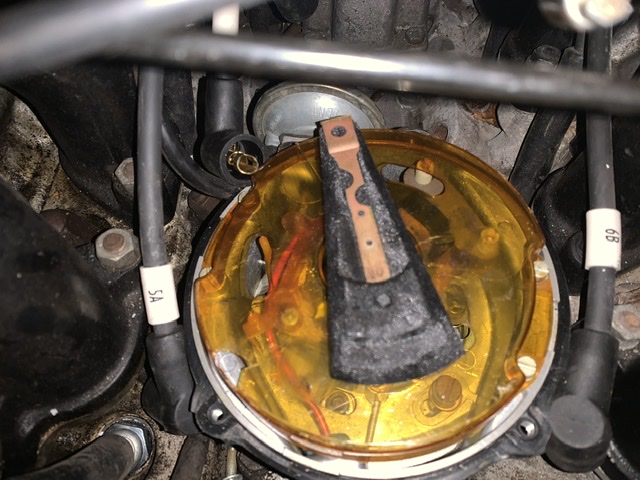 by MarekH
From your description, it sounds as though your distributor cap is still good but the rotor was made from the wrong material for the job. It obviously needs to be made from an insulating material which neither degrades nor deforms below ~120'c. It also has to be resistant to any effects from exposure to oil and petrol. It has clearly failed on at least one of those criteria.

by lowact
Was the cap ok, just the rotor that was softening? I think they are the same material? Maybe SNGB should review their souces of both.

by MontanaDiver
Yes the cap was ok, just coated with dried on foreign matter, presumably from the rotor. I sprayed it with ether to attempt to clean it....I had no electrical cleaning spray. I cleaned it with a one inch scrapper, which took three to four soakings. I made the assumption that the under hood, sorry bonnet, heat caused the deteriorating rotor Material to bake onto the cap. The misfire was so excessive, I originally thought maybe the jack shaft had slipped and changed the engine timing. Wasn’t looking forward to a job that enormous.
Problem is fixed with just the replacement of these two items.
I reached out to SNG, however with the Covid-19 issue, they have been slow to respond.

by 42south
That’s the first time I’ve seen a failure like that. I have the sng kit on my car as well, and have enjoyed a reliable ignition.
I have had a cap failure due to excessive oily deposit buildup causing tracking and arcing across the cap. Jaguar recognised this problem when some exploded. The fix was to use a vented cap on the later V12s, these are available from the usuals and with suction they provide clean air through the cap preventing buildups. I have had no more problems since fitting one of these.
To me it seems as though your problems are more to do with the buildup inside the cap leading to the heat issues, rather than the location on the engine.
Cheers
Mark
All times are UTC
Page 1 of 1
Powered by phpBB® Forum Software © phpBB Limited
https://www.phpbb.com/