Hi All
Trying to decide what mirrors to fit (I prefer not to drill the body) found theses and wondered if anyone has installed them or any other options?
https://www.carbuildersolutions.com/uk/ ... rror-100mm
Steve
1969 Series 2 Roadster
BMW Isetta
Show post links
Top

I have clip on mirrors which attach to the window frame. Never tried those but they may be too heavy for the mount. Even the flat ones are difficult to keep in place but if one of those bullets came off at speed it is likely it would cause damage to the bodywork and paint.
David Jones
S1 OTS OSB; S1 FHC ODB

I'd be dubious. I bought the Fosseway ones which are purportedly designed for the E Type. Even then, they didn't secure properly. I had to cut off the inside leading edge of the bracket to allow it to go far enough into the frame - I obviously had a narrower frame than some. I also inserted some non-slip rubberised material in between the frame and bracket plate to make it grip properly. Fine now, but I first got them the day before I left for a fortnight in Spain. I put zip ties loosely round the arms, and trapped the ties in the door above the mirror so that if they fell off, they wouldn't rattle down the side of the door. As I say, good now and pleased with them.
Malcolm
I only fit in a 2+2, so got one!
1969 Series 2 2+2
2009 Jaguar XF-S
Show post links
Top

Yes, the problem is the mounts are designed for deep flat frames whereas on the E-Type they are curved and narrow. The result is the mirrors are only held in place by a very small area of the mount. I had to modify the rear metal clip to make it shallower and then grind the cast chromed mount into a curve to match the frame. I then used some inner tube rubber as a non slip gasket between the mount and the frame. This works well and they have not fallen off since.
David Jones
S1 OTS OSB; S1 FHC ODB

I have the Fosseway oval shaped (convex) clip-on mirror... BUT I too added some grippy rubber between clamp and frame, and they are fine. The nylon gasket supplied is so useless and slippery (and doesn't follow the contour of the frame x-section) that in my earlier attempts to stop the whole thing moving I tightened it up till the clamp broke. I suspect the heavier bullet design will exacerbate the problem and constantly creep or droop, then fall off...

Hi . I'm afraid the car builder do not fit . I even Took my door frame down there when I was building the car . And went through there extensive range of mirrors and none fitted . Shame really as they usually have something that works
Its a way of life not a hobby
Darren . 64 4.2 modded 69 4.2
Show post links
Top

I'm using the Tex clip-on, but modified the mounting such that it slides/loops over the leading edge of the window frame instead of gripping from the trailing edge. This keeps it somewhat attached even if it should come loose. The modification involved slicing the bracket lengthwise, and welding in a spacer. Then flip the bracket around as described above and shown in the photos. I like the design because it doesn't clutter the lines of the car. I believe Tex is a UK company...I got them from XKS in the U.S. 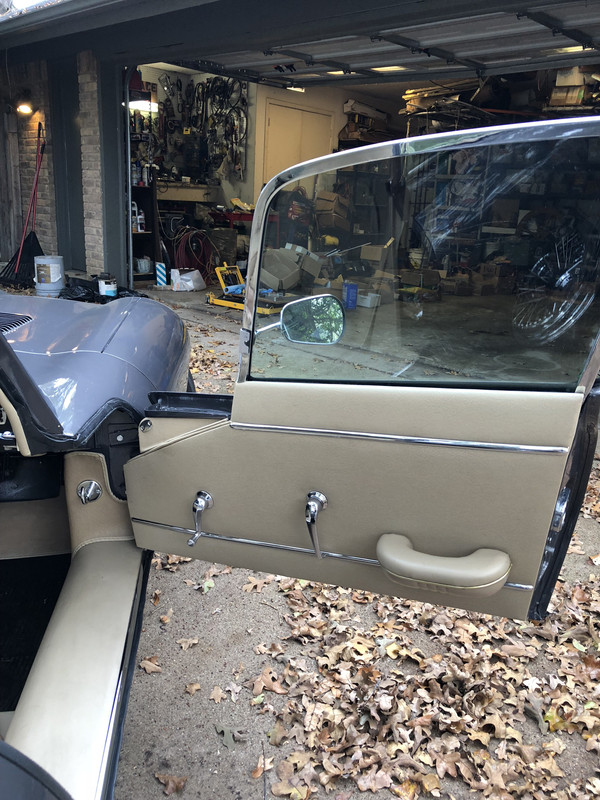 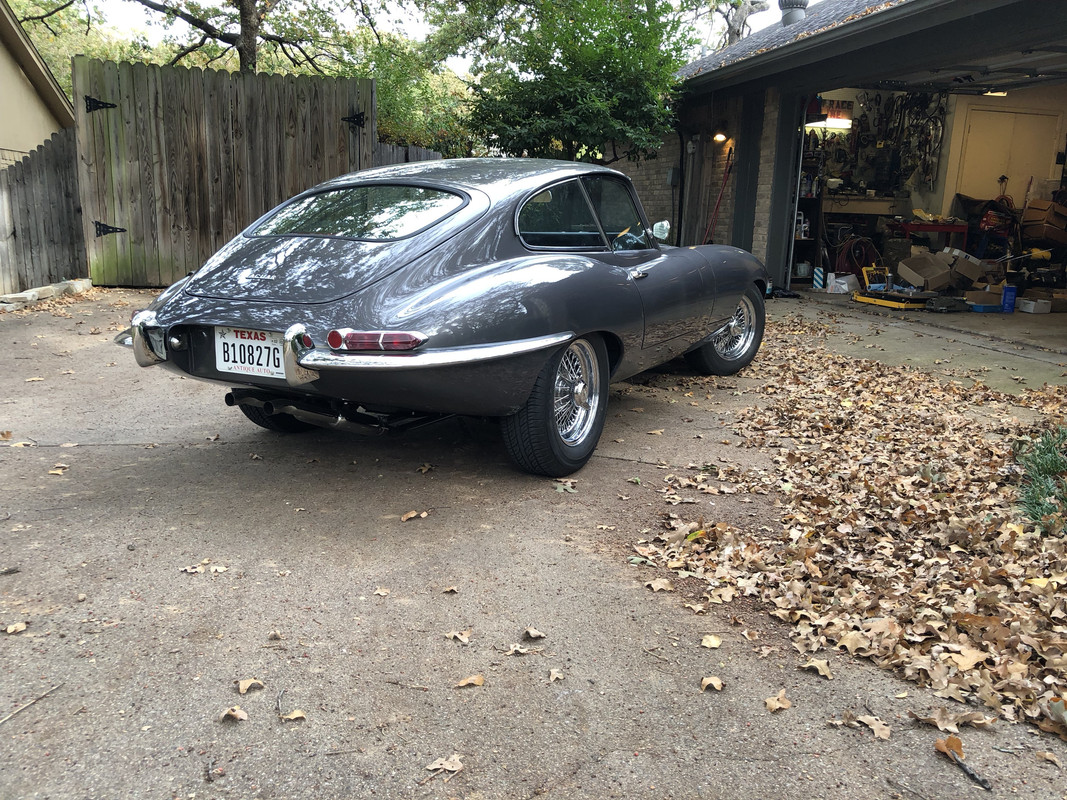 Did you need to cut the rubber in the window channel to get it to fit, or was there room for the bracket to slid in between the chrome & the rubber.
Thanks Neal.
Show post links
Top

Hi , no it just slipped in between the felt and the door frame and doesn't restrict the up and down of the window
Its a way of life not a hobby
Darren . 64 4.2 modded 69 4.2
Show post links
Top