Hi All, I am new to forums, so bear with me while I get to grips with it. I have just removed the engine from my Series 2 Roadster. I had to remove it to replace the thrust bearing on the clutch which had disintegrated. ( subject for another post) The engine runs fine but uses and leaks oil and oil pressure is low when hot. I was thinking while the engine was out of getting it rebuilt to a standard spec. I am also going to take the opportunity to change the car from LHD to RHD, retrim the interior refurbish the front suspension and tidy up the engine bay, so lots of work over the next 6 months???

My question is regarding engine rebuilders, I have spoken to some I found recommended on the forum and have had quotes ranging from £5k to 25k! 5k sounds a lot to me and given that it will unlikely increase the value of the car I would rather be at the lower end of the quotes. The rebuilders I have spoken to are Trafford Engines, Tester Engineering, CMC, WinSpeed and AJ Autocraft, I was also looking for VSE in South Wales but they don’t seem to exist any more (can someone tell me if they do?) My preference at the moment is Jim Tester who seemed very knowledgable on the engine and was not quoting daft money or very long lead times. Has anyone got any personal experience of Tester Engineering or does anyone have any other suggestions for me to try before I take the plunge. 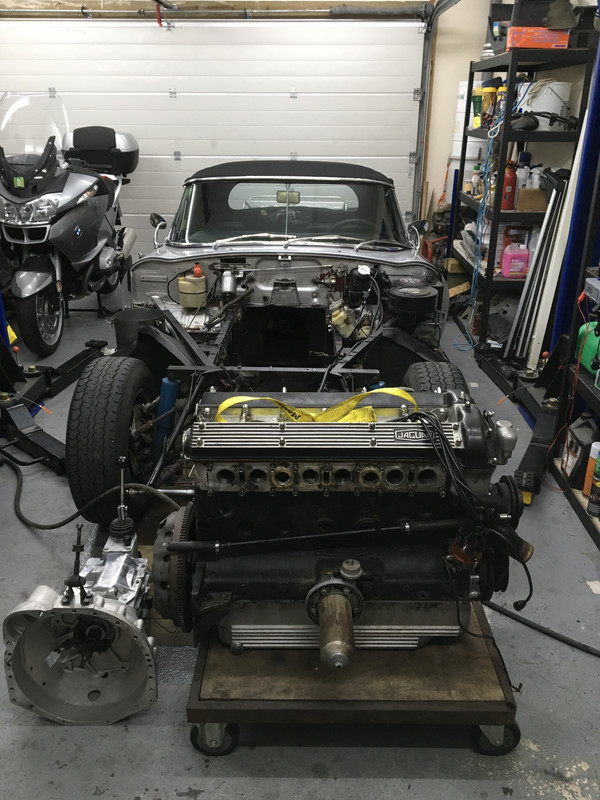 No, VSE have finished. I spoke to Beverley yesterday in connection with another thread that is running, and she told me they had retired

PS I am sending you a private message about reconditioning. Since we are both close to each other it might pay to have a talk
Show post links
Top

For reference, we charge AU$12k or so for an engine rebuild.

That includes AU$5-6k of machining $3k or so parts and the rest labour.

That gets you everything properly cleaned, oversize long skirt tappet buckets, new valve guides and seats, new liners, everything balanced including new clutch.

Thank you for the Australian perspective. I could get it rebuilt for £2k to £3k with a local respected engine building company, but he said the last time he did an XK engine was about 10 years ago, so I thought it would be better to pay a bit more with someone who knew the engines inside out. The other benefit is that all the more specialist rebuilders look at the whole engine package including the Carbs, and run the engine on a test rig and set up the carbs when it is finished, so at least you know the engine is running and leak free before you put it back in.
Jaguar E type S2 OTS 1969, Daimler V8 250 1968, MGB GT 1978, VW T1 Bay Campervan 1978, Triumph 3T 1946 (1st owner William Lyons) BSA Golden Flash 1954, Velocette Venom 1958, Norton Commando 1972, Honda CB400 4 1977
Show post links
Top

I must say Jagbeer, that if your local "specialist" can do it for £2-3k, then he must do it for charity. £2k would pay for labour to just take it out and put it back again I would have thought, without any work or parts while it's out! I realise your engine is out, but even so it seems too cheap.
Malcolm
I only fit in a 2+2, so got one!
1969 Series 2 2+2
2009 Jaguar XF-S
Show post links
Top

Well, with your evident expertise, I wonder why you do not do it yourself. It's really not that difficult if you have the Jag manual and a few specialist tools like piston ring compressor, valve spring compressor, torque wrench. There's little else special you need, just a good spanner/socket set. An engine stand is fairly essential. Buy a new one and sell again on ebay (or other) site when you are done.

Strip the engine down, keeping everything in an ordered system (boxes). Valves/tappets etc kept in order (I use a piece of cardboard for valves - punch/number holes and stick 'em through etc/etc.

Find yourself a local engine shop who will check your bores/crank and head and machine/refurbish as necessary.

Put it back together. You will get great satisfaction and save yourself a packet 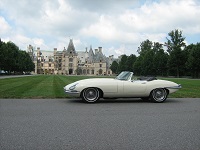 I would have to agree with Jerry. The machine work of course has to be jobbed out, but the rest of the tear down and rebuild is very straight forward and is fully covered in that essential part of your E Type tool kit, the Bentley workshop manual. I had never done anything to an engine other than swap out external parts such as water pumps, starters, etc. I was very intimidated at the thought of tearing into my XK engine, but with the help of the forum and fortunately, Pete Crespin, I encountered no significant difficulties and those few small hurdles that I did encounter were quickly crossed. To me, the real benefit (other than cost savings) is that once you do as much of the work yourself as you can, you will know and understand the engine so that any future problems (i.e. refusal to start or rough running) you will be able to diagnose and fix yourself. Go for it!!

The devil here is in the detail of "it".

Given this engine sounds as though it's already pretty normal as it is, one person's idea of a "rebuild" could be no more than strip, clean, new shells, oil pump and chains. Maybe new rings and a hone. Valve and seat reface and reassemble. That would be way cheaper than a full rebuild and machining.

You can't really compare prices until you define the "it", but I suspect that because these cars have become so valuable folks are paying for full rebuilds that just aren't necessary or to get the comfort of a warranty that isn't really worth anything. XK engines aren't fragile, they've been used in tanks

And as Jerry says, doing it yourself is entirely feasible, satisfying and you know you've paid for what's been done.
John

Thank you all for your help and suggestions, I have no problem with doing the work myself and have stripped and rebuilt engines in the past. My problem is one of time and having lots of other jobs to do on the car I thought passing out the engine rebuild to an “expert” would allow me to get on with the jobs on the chassis and interior trim while the engine was being rebuilt. I could alternatively pass the interior upholstery out, but as the car has no engine now it could be more difficult!
Jaguar E type S2 OTS 1969, Daimler V8 250 1968, MGB GT 1978, VW T1 Bay Campervan 1978, Triumph 3T 1946 (1st owner William Lyons) BSA Golden Flash 1954, Velocette Venom 1958, Norton Commando 1972, Honda CB400 4 1977
Show post links
Top

Personally, when I had similar choices to make, I chose to pass the interior out. An E type interior is very complex, fiddly and challenging to get looking right, thus also very time consuming.
John

At that mileage, rebore and regrind may well be unnecessary. Honing the bores is easily done but the first question to ask there is "can you get stepped std. size piston rings"?

If there is any step at the top of the bores, this cannot be removed by honing so stepped rings are essential, else the top rings will break on first turn of the crank.

However, as always, you pays your money n takes your choice

Another aspect of doing it yourself is that you will know what needs doing to the various parts of the engine, rather than having to trust you are not being given some BS so they can can charge a lot.
Jerome Lunt
1970 S2 FHC - Dark Blue, Red Interior, MX5 Seats
Show post links
Top
Post Reply Previous topicNext topic
12 posts • Page 1 of 1