Which 185 tyre: Dunlop or Pirelli or Michelin ?

Sadly I am currently not that sure that Felix could ever try my E- Type. He had to have his spine straigthened, because it bent so much - and now he‘s 1.95 mtrs and cannot really bow his upper body, so we have to wait another half a year or so to find out if he can fit in my 2+2. If not, thats it.

If the Titan prices ever rise to a crazy level he‘ll be a damn good deal, so I have to look for him even more, then ;-)

Of course I will not drive the E on 25 yr old tyres. But the 11 CV is really being driven by a lot of people on quiet old tyres, and they do work a very long time. But it has 56 hp, front wheel drive, oh and torsion bars at the front which always made me think that Heynes had a good look at it, because it was way ahead in the 1940s and early 50s.

The Current Dunlop SP Sport or Aquajet if you like is still produced, but not by Dunlop they are made under license else where. I think my web site says that "Dunlop are not making any historic road tyres at present" or something like that, which they are not.

the New Dunlop seems like a real shame, and a lack of opportunity. Why Dunlop didn't go back into making proper classic tyres again and make a real thing instead of just knocking out a tyre and writing the word "Classic" on the side. There is no easier way of making sure that your tyre looks nothing like a classic tyre. Vredestein made the same mistake.

Appearance wise it would have to be Pirelli Cinturato, Michelin XVS, Dunlop SP Sport (Aquajet) and i guess the Avon as well.

However for handling Pirelli Cinturato or Michelin XVS.

And i guess you are right if it is a bargain you are after then Vredestein. However you have to admit you are only chosing them on price. If all the tyres were the same price everyone would have Pirelli or Michelin. you might go for the Dunlop SP Sport https://www.longstonetyres.co.uk/classi ... uajet.html because that Aquajet was OE on the series 2, and they are pretty good even though they are not actually made by Dunlop, but why would you fit that new one??

If i were to be chucking an e type into a round-a-bout id want it sitting on XVS or Cinturato.

If i was spanking round some country lanes and it might get a bit wet now and again it would be Cinturato.

If a child jumped out from behind a ice cream van and i had to swerve round it while on the brakes in slightly slippy conditions it would be 185VR15 Cinturato.

If said child, gave me plenty of warning so i cold do my skidding in a nice straight line, only under those conditions would i maybe want a wider tyre. but it would have to be a straight line.
Chain Gang for ever
Show post links
Top

I'm assuming you're referring to me with the statement I'm only buying them for the price. Totally wrong I'm afraid. I've always bought the best tyres for my cars whether they be Dunlop, Michelin or other.
For example a set of Bridgestone Potenza tyres for the Boxster costs well in excess of £1000 but are worth every penny. I would not consider buying anything else since they were designed specifically for the car.
I happen to like the Vredstein tyre and have used them for many years on both the E-Type and the GT6 with no complaints.
Each to there own.

Each to his own, as you say Alan. However, Dougal knows what he is talking about.......and his opinion should carry some weight. I drove a S2 with the “V” tyre, and when giving it the beans, they were awful. No wonder they are the cheaper option. So, Michelin or Pirelli has to be the preferred choice both for aesthetics and handling.
Show post links
Top

Personaly i tend to ignore advice from someone pushing to sell me something.....Vredersteines are not cheap tyres...yes they are cheaper than some options but they are not poor quality from an unknown company....I think that they are even more expensive than your 225 60 VR16 Continentals.... Steve
Steve
1969 S2 2+2 & Building a C type replica
Show post links
Top

The debate on tyre quality, price has been done to death many times ---with the same results every time

Maybe a suggestion to Dougal is to give us the factual / technical information comparing Vreds , Michelin and Pirelli ie how many ply sidewall / tread ply each brand have and what materials are used ? [steel ,nylon].
Do the carcases differ in their construction ? , this is where i think the quality / price difference is.
A cross sectional piece cut from used tyres to show the profile


Probably the best information would come from back to back testing on the same car , also a camera view of the tyre to show cornering , braking behaviour at all speeds.

steve3.8 wrote: ↑
Thu May 02, 2019 8:40 pm
Probably the best information would come from back to back testing on the same car , also a camera view of the tyre to show cornering , braking behaviour at all speeds.


Agree totally, anything else is anecdote. I am skeptical, however, that you could persuade the kid to run out from behind the ice cream van more than once, even if you upgraded the honorarium from a plain cornet to a Cadbury's 99 Flake

And let's remember the report Dougal himself posted of comparisons between Pirelli, Michelin, Vred and Blockley of a proper track test run by a German magazine in which the Pirellis came first, Vreds SECOND, Michelin third and Blockleys fourth.

steve3.8 wrote: ↑
Thu May 02, 2019 8:40 pm
Probably the best information would come from back to back testing on the same car , also a camera view of the tyre to show cornering , braking behaviour at all speeds.

As I posted on another similar thread (hope that's ok?) my Vreds seem to work fine, and here's a camera view of them cornering at speed and holding the road (track) well. Outside front tyre under a good deal of load. No distortion. No wandering. 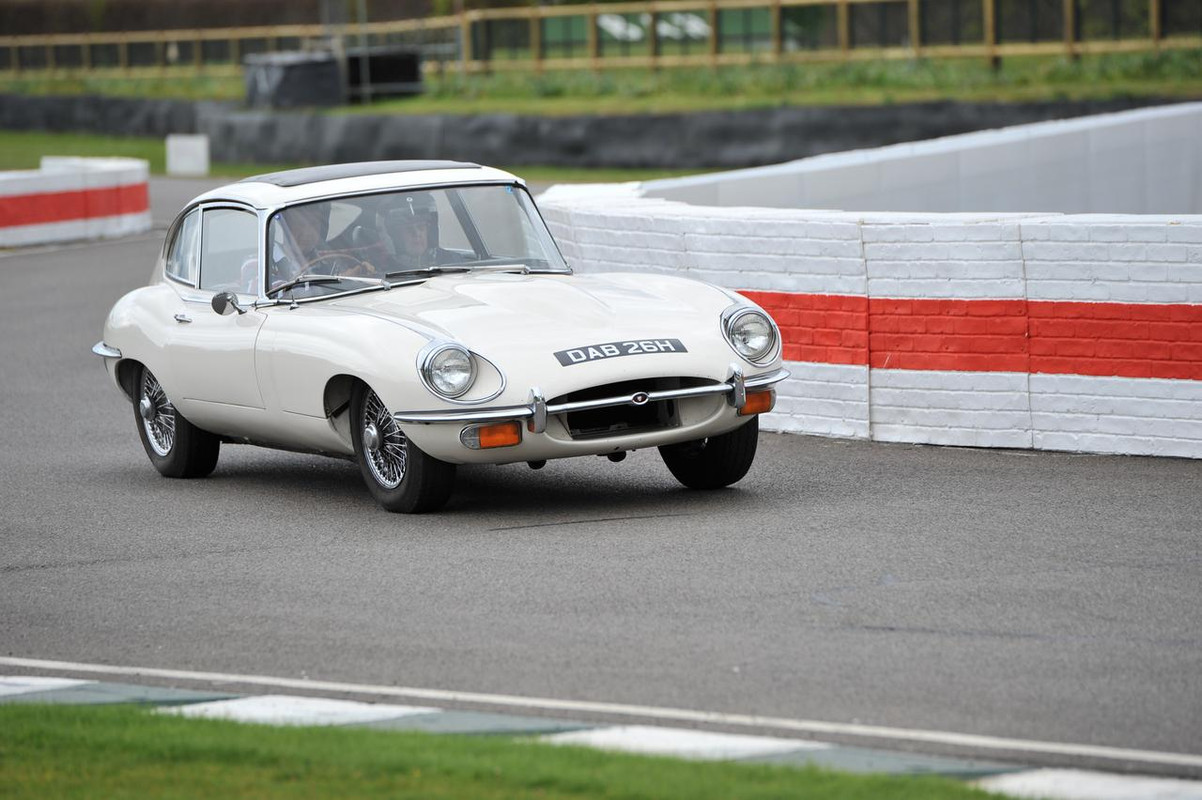 Not that our road tyres should be expected to be front row capable on track but if we take a closer look at Malcolm's picture and we can see the contact patch is running into the sidewall , is there a darker scrubbed area appearing on the sidewall ? . 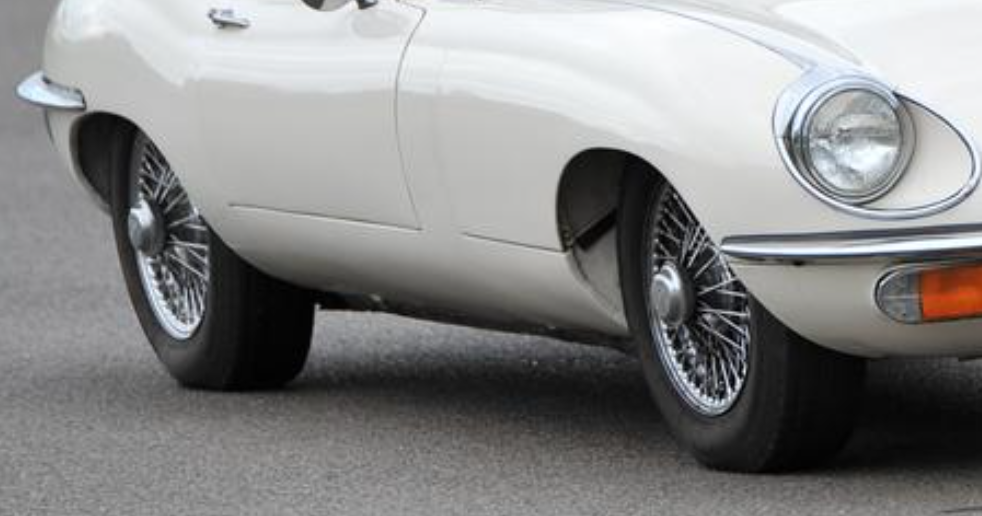 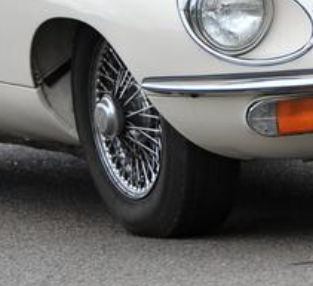 Vreds are deigned to do this, the tread does extend over the sidewall. 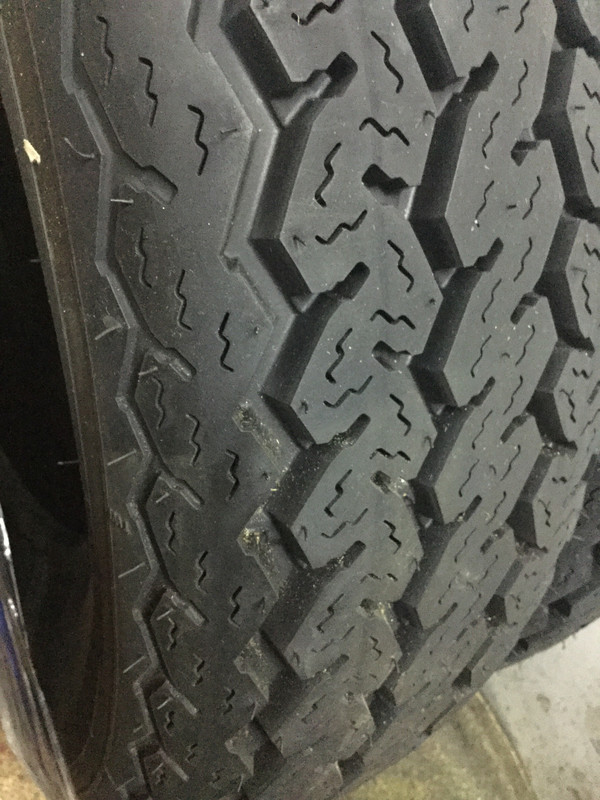 In my opinion this is a a Good Thing.
Not for cornering on a track, but for that tightening sphincter moment when trying to avoid a child chasing a ball, or that moron who pulled out of a side road into my path last weekend while looking The Other Way!!!!

Personaly i tend to ignore advice from someone pushing to sell me something.....Vredersteines are not cheap tyres...yes they are cheaper than some options but they are not poor quality from an unknown company....I think that they are even more expensive than your 225 60 VR16 Continentals.... Steve

Hi Steve, the 225 60 VR16 Continental Contact 6 work out at £650 per set of 4 fitted and balanced. The point is They are recommended by people who know what should go on a modified Series 3. Price doesn’t come into it where tyres are concerned. Oh, and not what you would put on a Series 1!
Show post links
Top

Hi Barry...I was not criticising you choice of tyre...just pointing out that Vreds are not a cheap tyre....there are plenty if cheaper options available.....They are used by many on their E types and are more than adaquate......as Geoff mentioned in his post above there is a German magazine tyre test actually posted by Dougal with comparisons between Pirelli, Michelin, Vred and Blockley of a proper track test run ..Pirellis came first, Vreds SECOND, Michelin third and Blockleys fourth. Unfortunatly he dosnt like the results.....I dont listen to his advice as he also does not recommend tubeless wire wheels......again many useing them with no problems...Just for info i have Conti contact 6 on my Merc.....my indi merc dealer recommended changeing to Apollo Vreds as he thinks they are a quieter and better performing option on the Merc...So called experts dont always agree.....Steve
Steve
1969 S2 2+2 & Building a C type replica
Show post links
Top

but unfortunately it does and that's what concerns me over this thread. Dougal has a financial interest in which tyres he sells and that makes his opinions questionable when he appears to post as an experienced owner not the owner/proprietor or whatever at Longstone Tyres.

I appreciate that he has experience and has done a lot to make a wider selection of tyres available to us from the likes of Pirelli and Michelin but they are expensive and potentially more lucrative to Dougal than Vredersteins.

Tyre brand choice is a particularly emotive one and I accept I'm no exception. Personally I'll always favour Goodyear if possible and never Michelin as their well documented trade of longer tyre life at the expense of wet grip in the days of cars of my early years nearly prevented me from being here to post decades later but what is unemotional is that many independent comparative car tyre tests show that price does not guarantee the best performance where tyres are concerned. Unfortunately there appears to be only one relevant comparative test available for our 185/15 tyres but that one puts the performance of the Vreds ahead of the Michelins.
John

Ok Steve, point made! It’s amazing how imotive choice of tyres can be! I suppose the main point is not to buy “cheap rubbish.” Also, not to buy less than VR rating for obvious reasons. However, I’ll Butt out of the debate on choice......as was said earlier, each to his own!
Cheers Barry
Show post links
Top

My guess is that in general use where most of us don't drive our cars particularly hard there will be very little difference between Pirelli, Michelin and Vredstein tyres. I don't know If I drive very differently to others but I generally change up a gear at about 3k rpm and let the torque do the work. I drive in what may be described
as spirited fashion but do respect the age of the car. Perhaps if the car were to be driven hard on a track then the differences will surface, I don't think I'm up to fast track lapping so can't comment.
From a practical point of view I have Pirellis on my E type and Vredsteins on a mildly tuned TR3a and both sets of tyres do all I require of them.

And finally,........
At today’s Goodwood track day, I checked on some of the cars being thrown around the circuit. Of the S1s and S2s that should have been wearing 185s, the most common size seemed to be 205/70. They sat on a variety of rims, from 5” standard through 5.5” competition wires to 6” centre laced. At least one car had 215/60s. Brands included Vreds, Pirelli, Dunlop, and several brands at the budget end of the spectrum. Runway, was one such. The owner said they were probably 17 years old. Surprisingly, he is still alive and the car in one piece after several high speed runs.

Yeah, had an annoying misfire at high revs. Changed the powerspark unit later in the day and it got worse! Changed it back and it improved a bit

Finally managed to pull 4400 revs in top on the Lavant straight (long straight) - about 110mph? Pleased with that, but it was still hesitating on the way there so would have been better without that.
Thinking of going the 123 route now. I'll read the (long) thread and decide.
Another good track day with the JDC though!

Here's a pic at lunch break - mine's the white one of course! 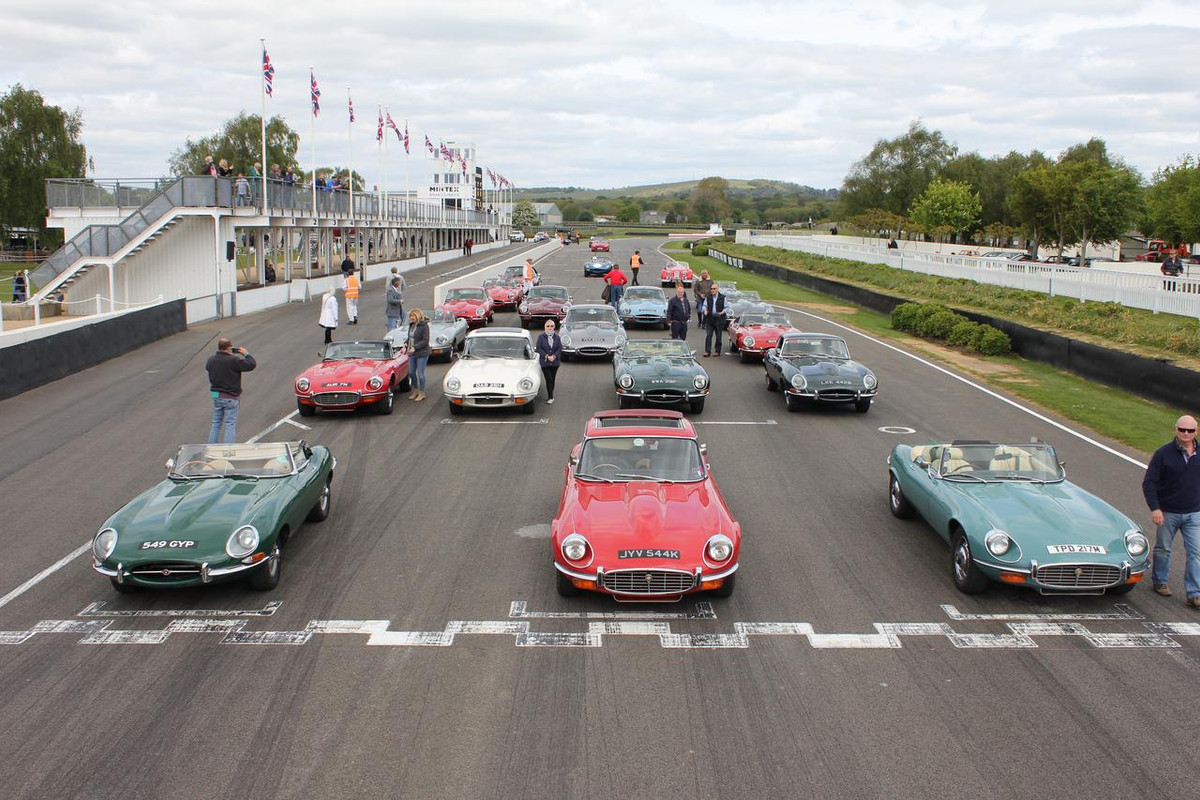