Does anyone know anything of a chap called Bob Beck who built a hot rod Ford V8 engined E type ?. It had Ferrari GTO like bonnet vents and I think was raced in club mans events in the 60s and 70s. Barry Whizzo Williams? My interest is that I have just bought his one owner very early XJS and would like to get some history perhaps make contact with those who recall the car. Photos etc. It s a BRG which he had painted in his pale blue race colours Long shot but some of you may recall him and his cars. Andrew
1962 3.8 Series One FHC

Andrewh,
The Rob Beck EGAL (galaxie engined E type) was indeed an awsome car, I saw it race at Silverstone in the mid 60s,it was probably at a Nottingham Sports Car Club meeting, my late father Don Oxborough used to take our family to race meetings ,he was an avid Jaguar owner/driver and was especially keen on racing Jaguars and was captivated by the installation of the large v8 engine, the car outwardly looked simular the the lightweight racing E types of the period. The RAC competion dept drafted rules that production sports cars (later known as modsports) had to use a production listed engine so the car was raced in sports libre or special gt events.
Onwards a few years and Dad and I are activly racing modified Etypes in modsports events ,I drove dads old road Etype
(reg JNU399C) now to full modsports spec built by us and Dad drove the ex Jack Le Fort /Alan Leeson race car which we bought and made road legal (just!)reg 666DUL We had a good old time father and son racing Etype team. Dad always wanted more power so remembering the Rob Beck EGAL a V8 it had to have!Dad never raced this car again but it did make a fabulous beast on the road! 6.5 litres!!!
After a visit to the armco dad gave me his now redundant n/s engine frame to repair my car ,this had the brackets still attached for the supercharger fitted by Alan Leeson, I was using tripple webbers at the time.
Dad eventually sold the V8 Etype 666DUL in 1985 to FIA Drag racing champion Barry Sheavills a man well accustomed to amercan V8 power. The car was still recently on the mot database in or around Southampton, I wonder if the current owner is aware of this cars amazing past history ?
My racecar (JNU399C)was sold in 1979 and it came back to me for restoration a few years ago, on completion I was supprised that the history from Dads car 666DUL had been attached to my car due to it having just a n/s engine frame fitted that used to belong to that car! Is now racing in europe to full modsports spec as originally built up by us from JNU399C (dads old road etype). Dad kindly forwarded the old green log book to the then owner to prove the cars REAL history.
So the Rob Beck Egal had a profound effect on our Etype racing exploits in the good old 1970s,
hope this is of interest
JOHN OXBOROUGH (honest john)
Show post links
Top

thanks John . Yes indeed its great background colour to help me build picture. I recall modsports being he thing back in the 70s. I used to get to Prescott and Shelsey Walsh so may well have see the Egal but I dont recall it. Apparently it was painted in the pale blue of my XJS but some others may recall it. 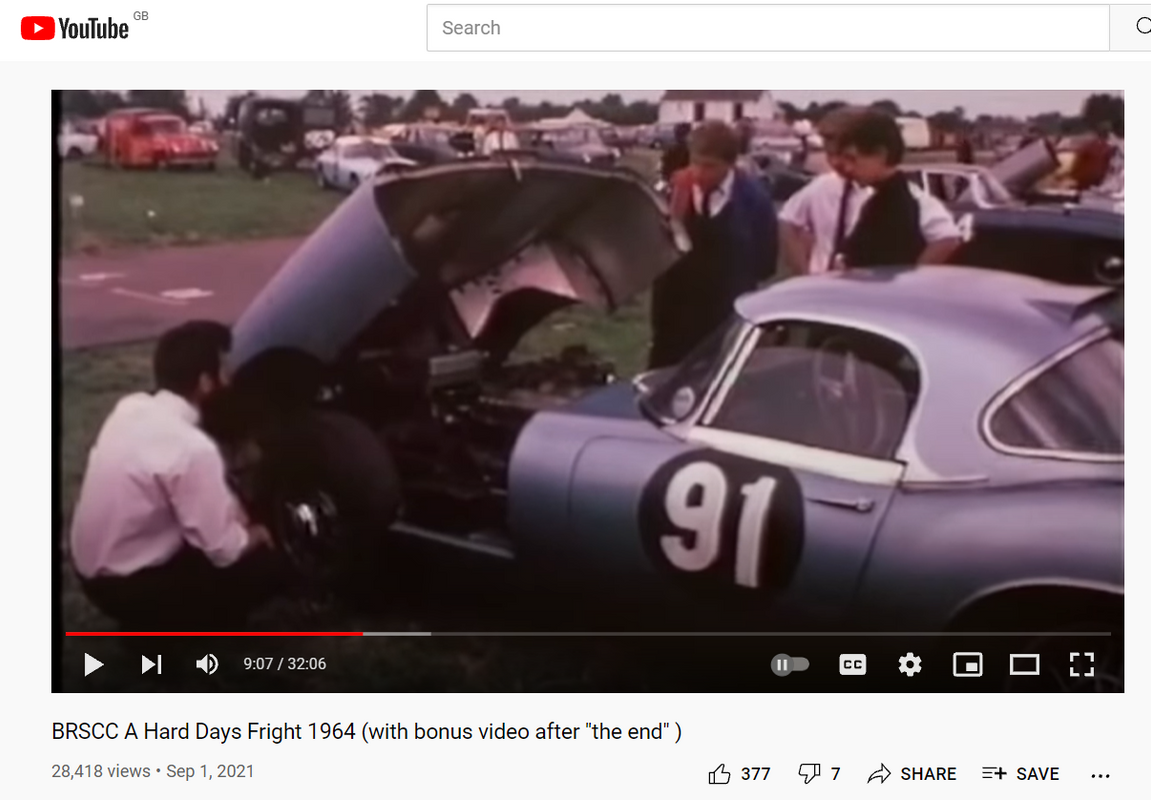 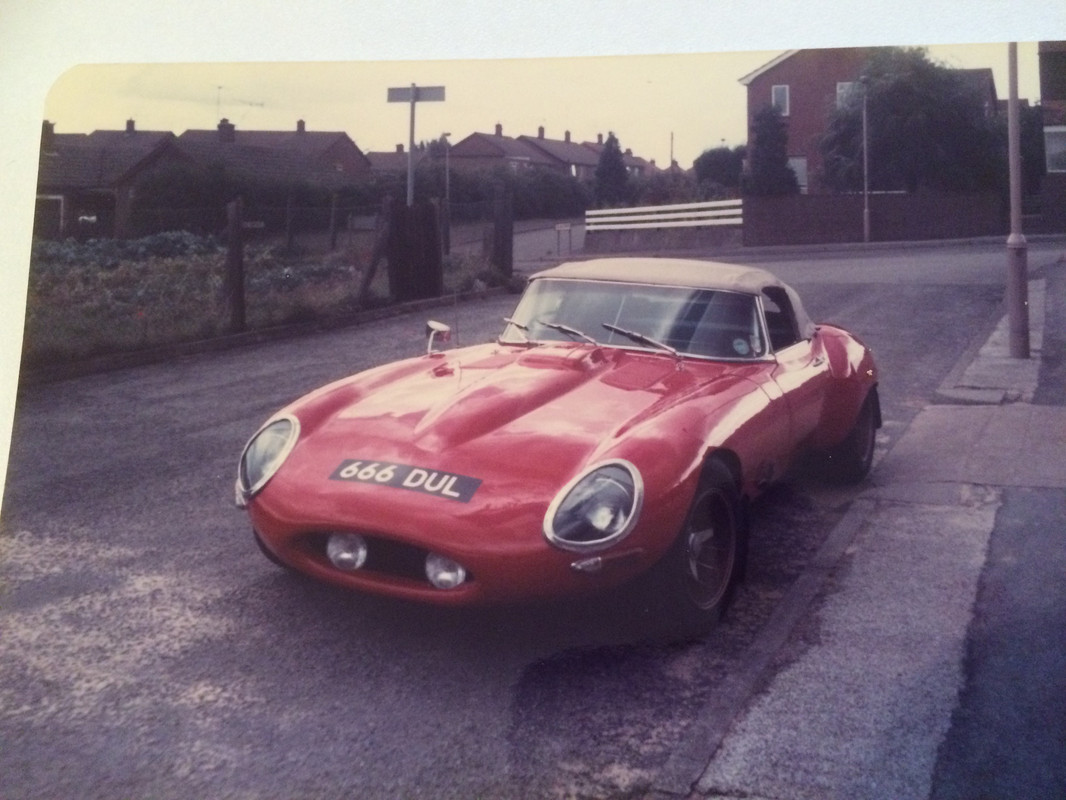 I was chatting to Chris Keith Lucas about Egal at Shelsley Walsh earlier this year when he offered me a ride up the hill in it. I think my hearing has recovered: 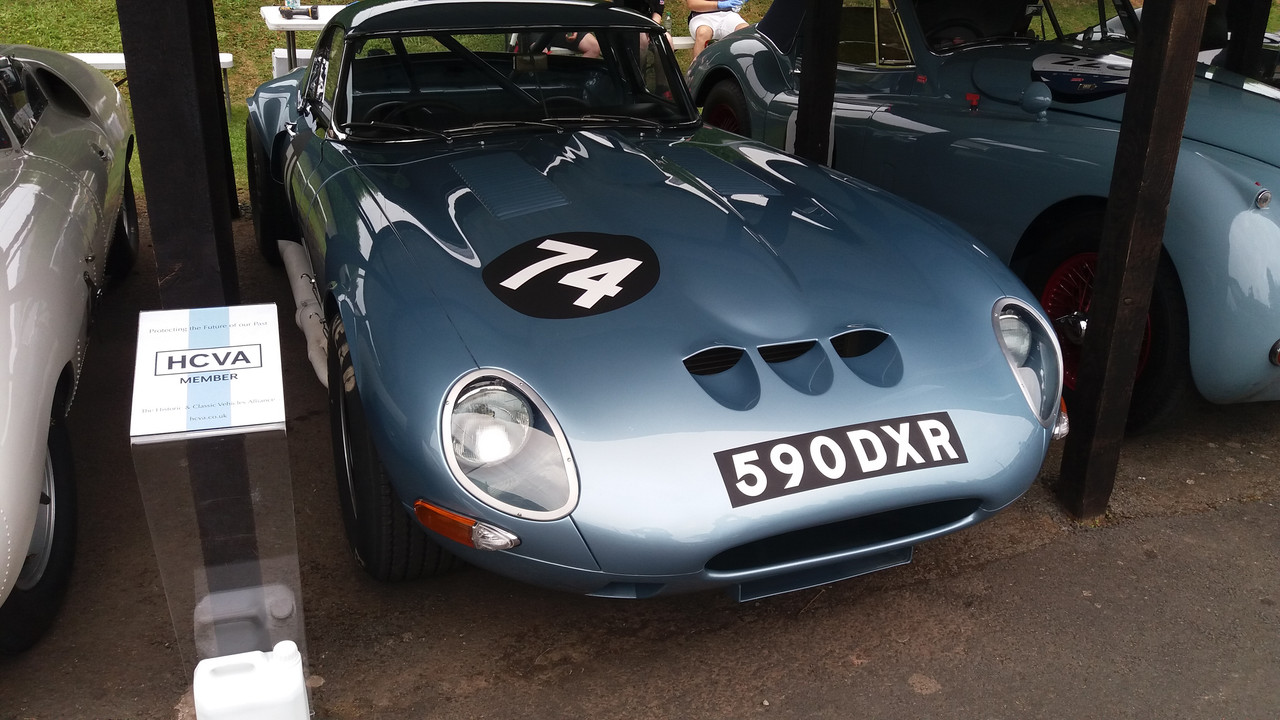 There have been a few magazine reports recently about this car since it is now back on the scene.
Just looking at the photo above, the finisher assemblies around the headlight apertures look very neat and well fitted into the body line, appearing to be recessed into the panel rather than sitting on top. The bonnet appears still to be steel with the visible panel lines.
Regards,
Dave
Dave Rose
1967 Series 1 4.2 FHC
Show post links
Top
Post Reply Previous topicNext topic
7 posts • Page 1 of 1