A quote from that article:
"The A 4(M) is a 2-lane motorway, crowded at 10 a.m. with trucks, so that our speed fell repeatedly from 130 m.p.h. to 40 m.p.h."
Angus also often complains of other drivers getting in his way to reduce his normal cruise of 130mph

I like this one by my hero LJKS as well. Written in the day, then republished in the late 70's

He drove from Hampton to Worcester Beacon to see the new dawn!

I agree with him a about the heat Angus! I must do something about it.

"the E-type was a sweat shop, almost as bad as the Austin Healy 3000, but there was always the consolation that it was endowed with a hot engine in more sense than one."
James

Finest motoring writer there has ever been. By a very long way.
Jeremy
1967 S1 4.2 FHC
Show post links
Top


That's a bit sweeping, isn't it? LJKS was always entertaining, and undoubtedly a great and rather learned writer , but not always right , having bees in his bonnet about a number of things. And what about , just for starters, Steady Barker and Jenks ?
Show post links
Top

As a motorcyclist as well as a classic car driver, I recall LJK writing regular columns for Bike Magazine. Favourite LJK story? When criticised by an editor for peppering his prose with idioms In foreign tongues and told to write one copy in one language, LJK deposited his next script on said editors desk, written entirely in Latin. Then he went home!

I have a copy of that. found it on ebay many years ago.

chrisfell wrote: ↑
Wed Apr 10, 2019 3:20 pm
As a motorcyclist as well as a classic car driver, I recall LJK writing regular columns for Bike Magazine. /quote]
Yes, it was an ace up his sleeve and rare to be totally credible in both circles, although Dennis Jenkinson wrote for Motorport's sister title Motorcycle Sport as well, of course. The latter's credibility was also 'not un-enhanced' by the small matter of winning a road-racing sidecar world championship with Eric Oliver, on an Norton one-lunger IIRC.


chrisfell wrote: ↑
Wed Apr 10, 2019 3:20 pm
Favourite LJK story? When criticised by an editor for peppering his prose with idioms In foreign tongues and told to write one copy in one language, LJK deposited his next script on said editors desk, written entirely in Latin. Then he went home!

To take a leaf from Setright's book, I am surprised Mark Williams was compos mentis enough to notice Setwright's use of mots justes in his prose. Williams ended up spending several years in a Welsh jail when it turned out his frequent references to narcotic-fueled events were not journalistic bravado but lightly-redacted first-person accounts of a cocaine smuggler and money launderer.

It would have been even spookier if he'd died in a marine rather than a freshwater environment, no?

At the risk of being unfair to both, I regarded diminutive Jenks as more of a reporter and correspondent, with lanky LGBT, sorry, LJKS, more of a creative writer. In the matter of E-Type cred, however, after several years living in a 3.8 FHC and S2 OTS, I'm on the side of the little guy 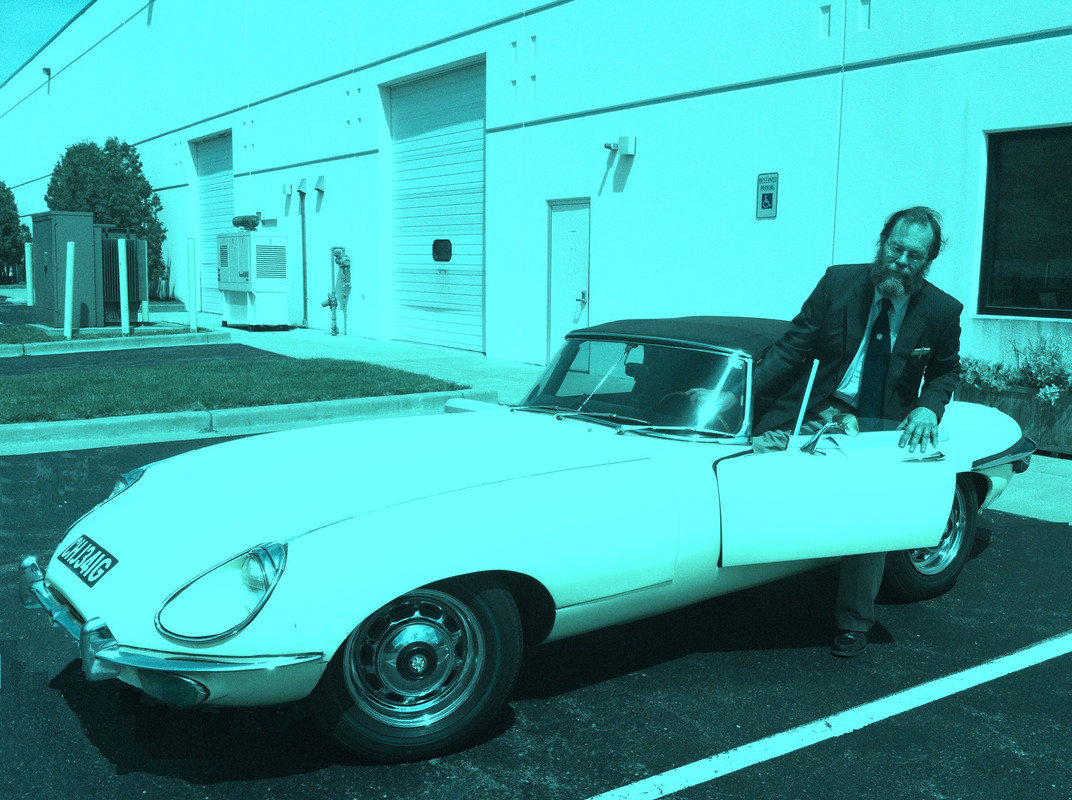 Mine`s a `68 and the red line starts at 5500 rpm...although this isn`t much use to me as the instrument is wildly innaccurate as is the speedo - I must try to get this fixed before I run foul of one of the many speed cameras around here