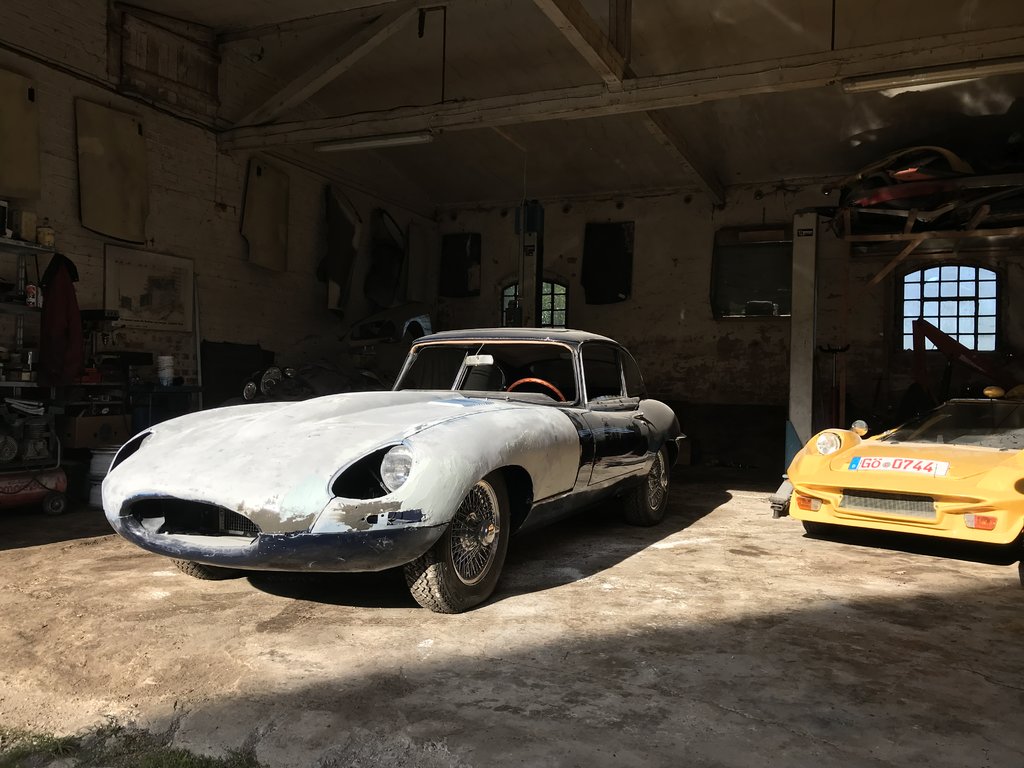 Bonnet to be painted within 8 weeks, Pilkington told me my windshield will be delivered soon, so maybe after 13 years…

Keep up the good work, Carsten. And playing their music

We look forward to seeing the finished car on the road.

Well done. As soon as I saw the front in primer I thought of my picture from last week - a car which uses the body tag and title thst once applied to your tub. 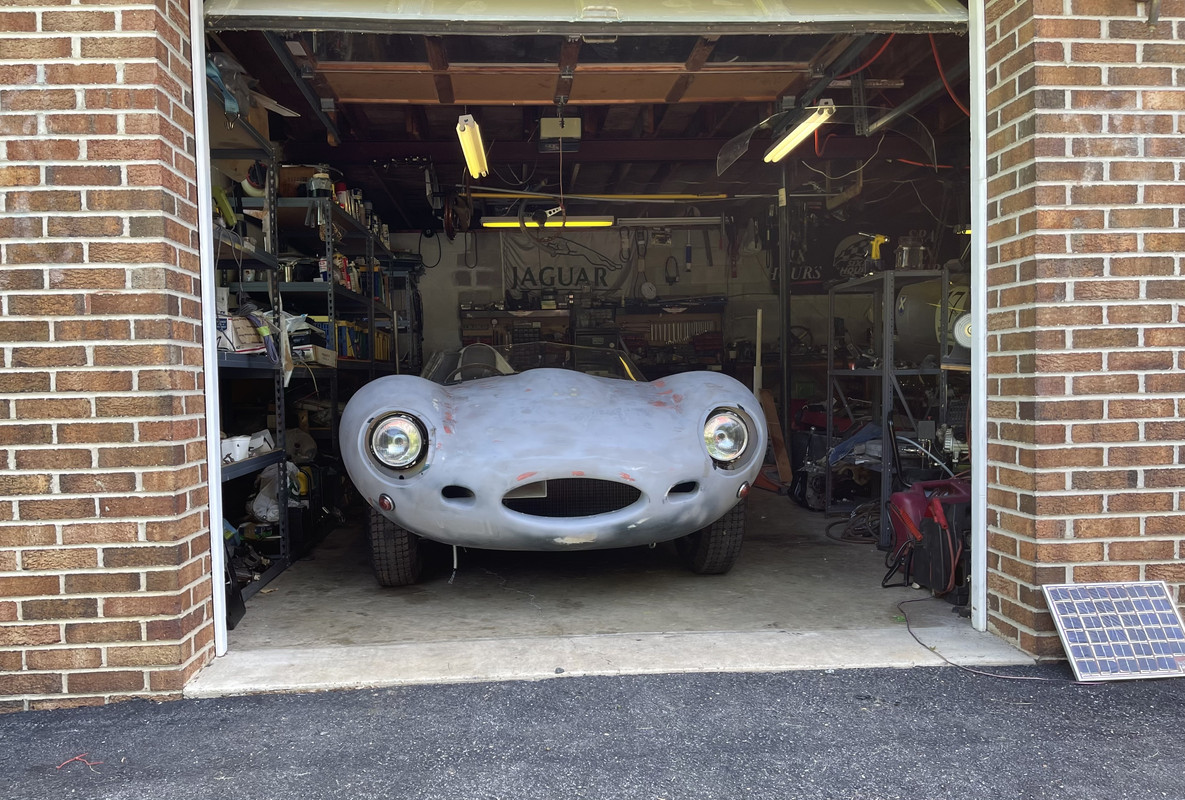 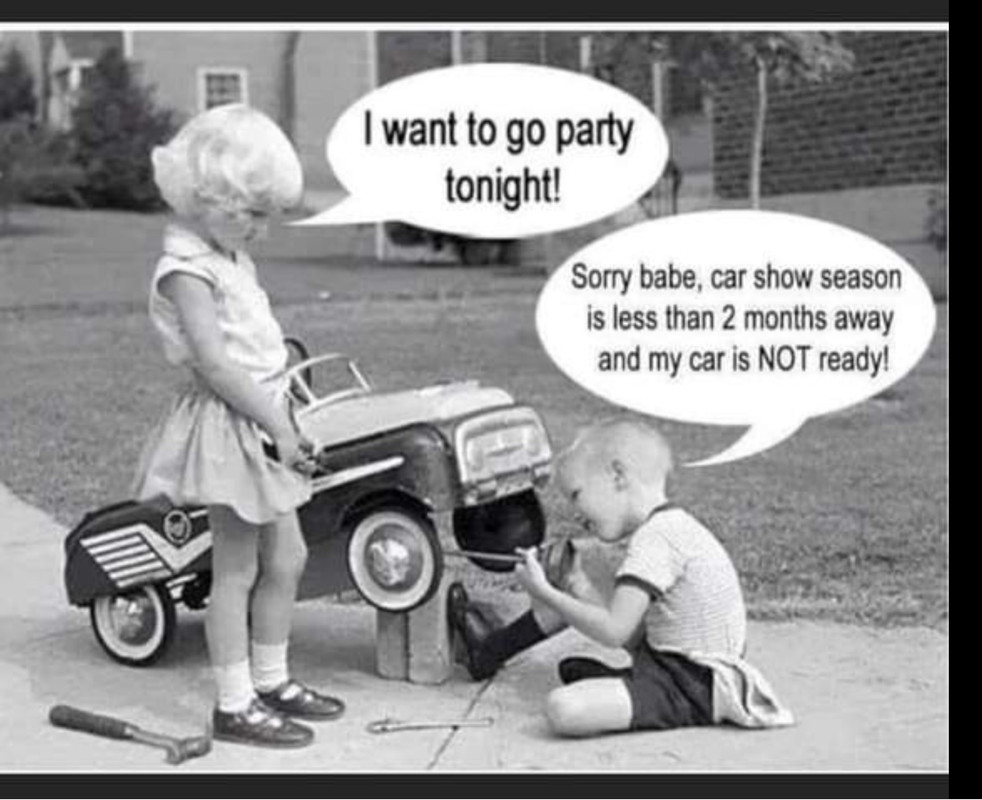 Uh well, life got a bit in the way, but now, bonnet is primered.

Hope to have it back in a few weeks. But as Covid figures are exploding hereover,
that may be just a wish.

We bought another classic in the meantime, an U427.115 (no thats not a german sub), its a Unimog. We‘re building an offroad camper to go travelling…. So I have something to do whilst the Jaguar is „being painted“. 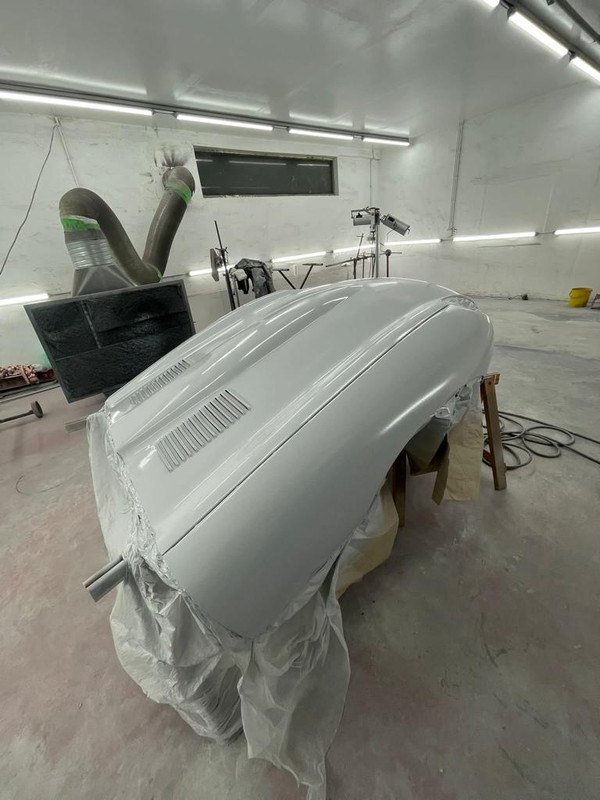 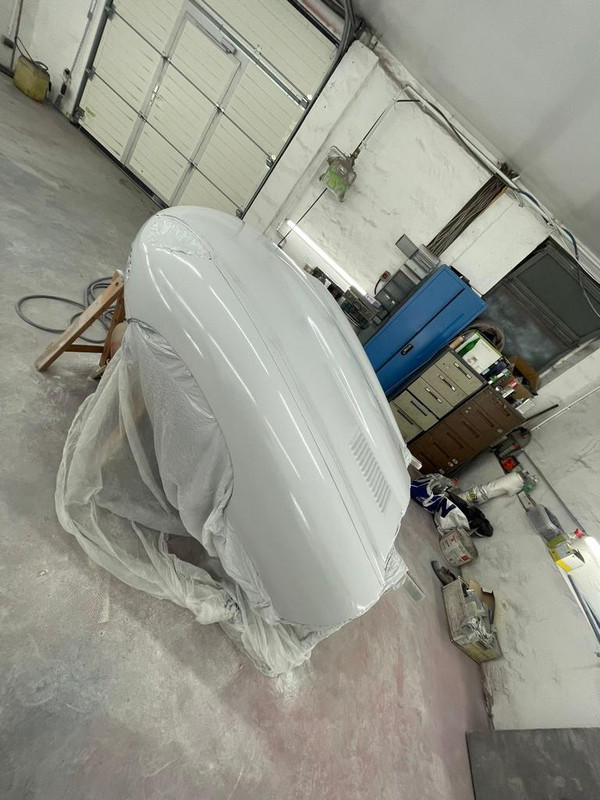 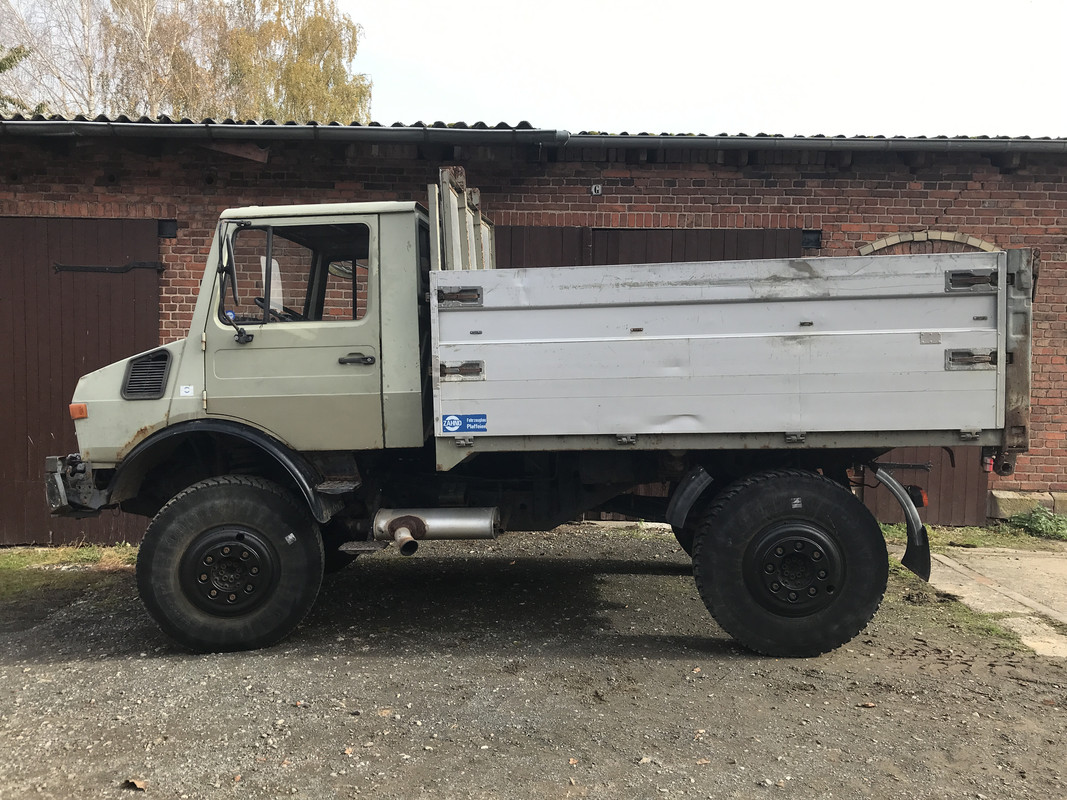 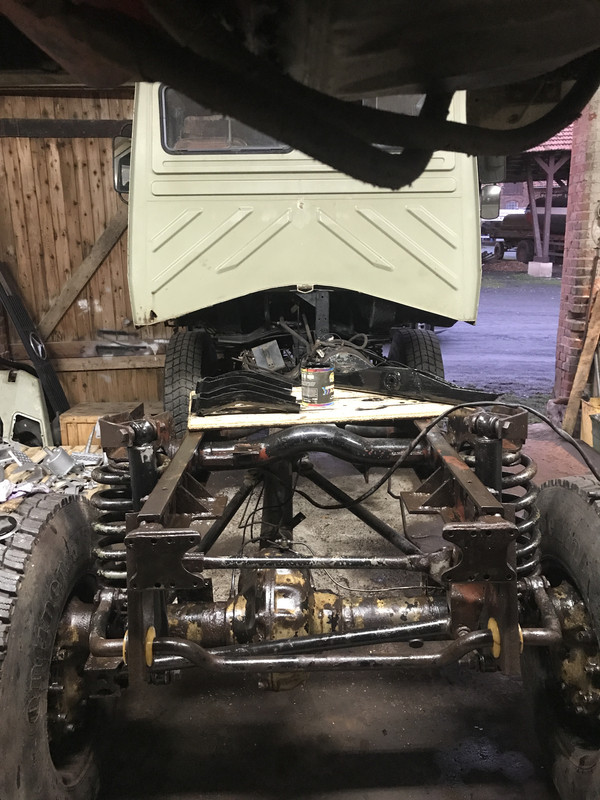 It‘s still at the painters… 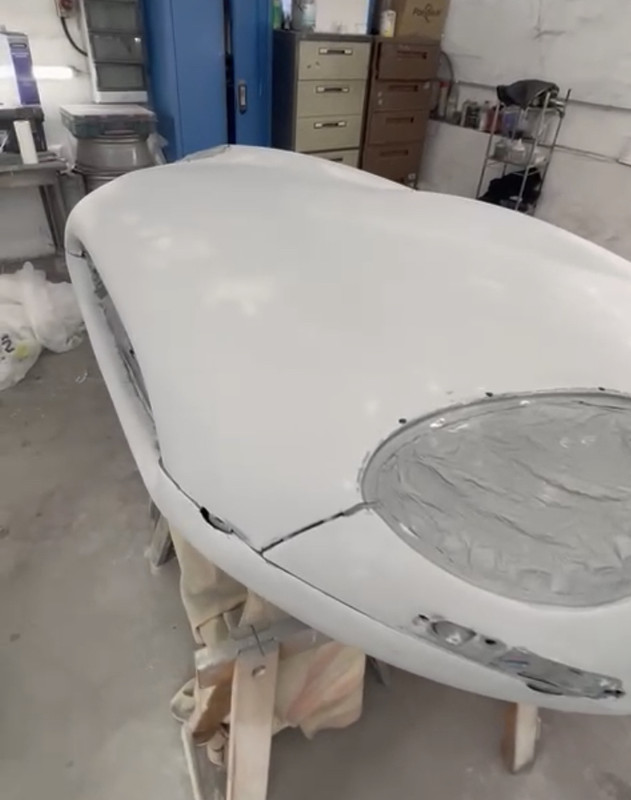 Well we are here now… 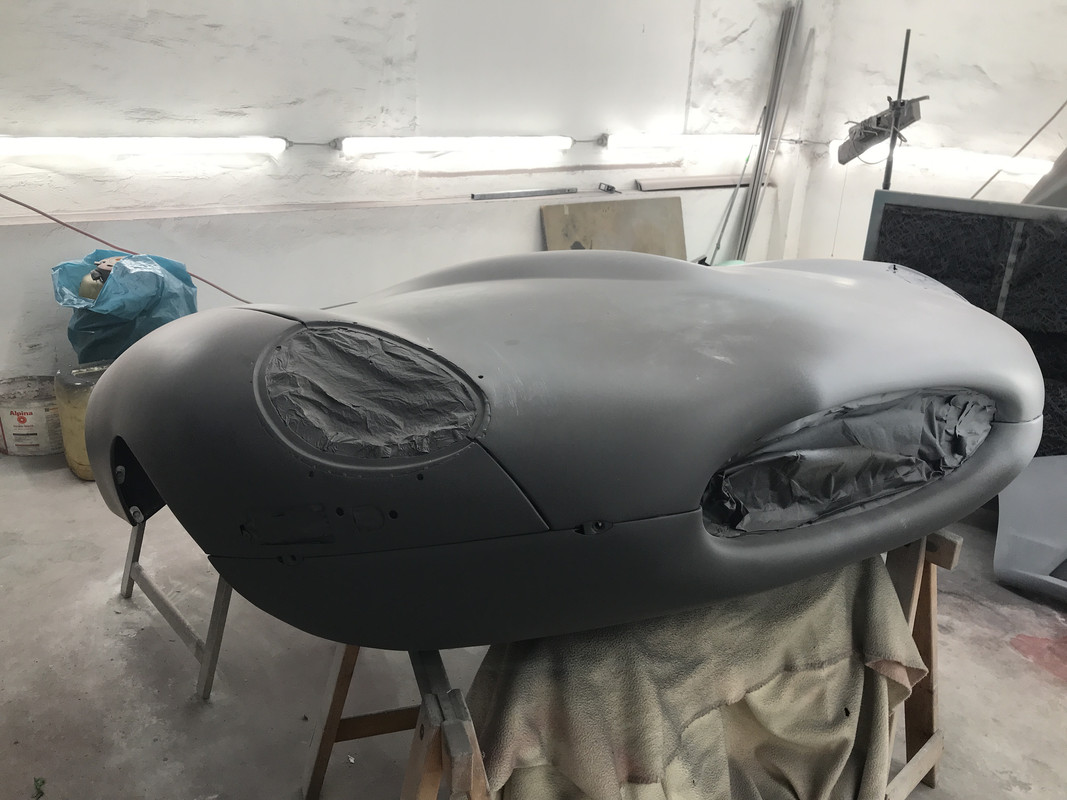 It is getting close… 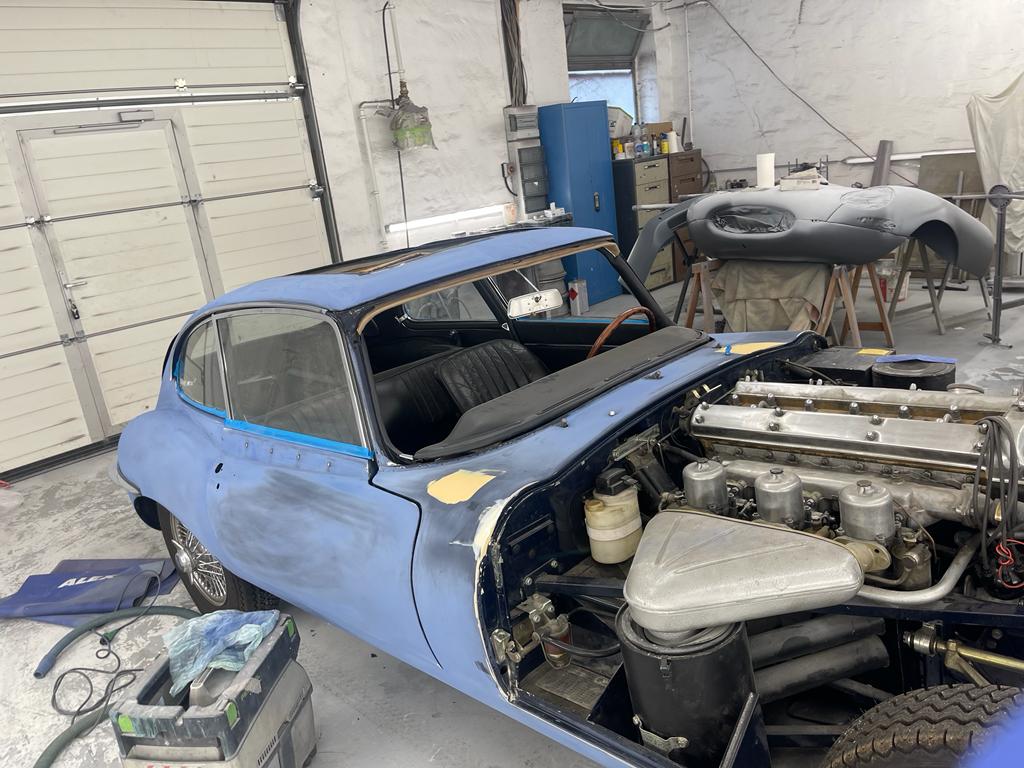 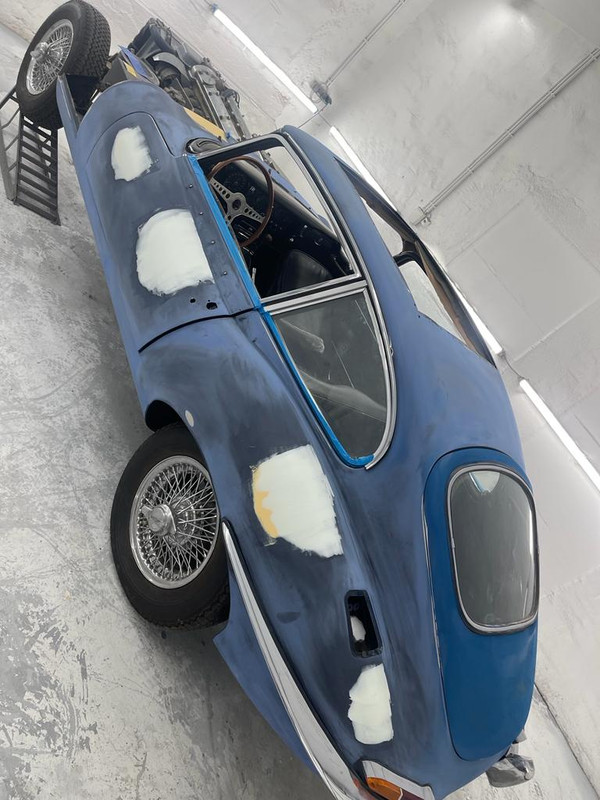 Yes, in too many small places. Plus we had the problem that it was absolutely impossible to match the paint, even with modern scanners and computers. It never was perfectly right, closest was a mitsubishi paint from the 80s, but just.

Plus there was the useless antenna hole in the front plus some rust under the roof. So we decided to do a light overspray… I‘ll keep you all posted how it came out.

It came out rather well… just look at it, Pete… I still remember the morning I stopped at your place, to buy the chassis / tub, you opened the door, it was maybe 8 am ? and a bird dropped a huge spot on my Merc, and you looked at it happening and said „welcome to England“… 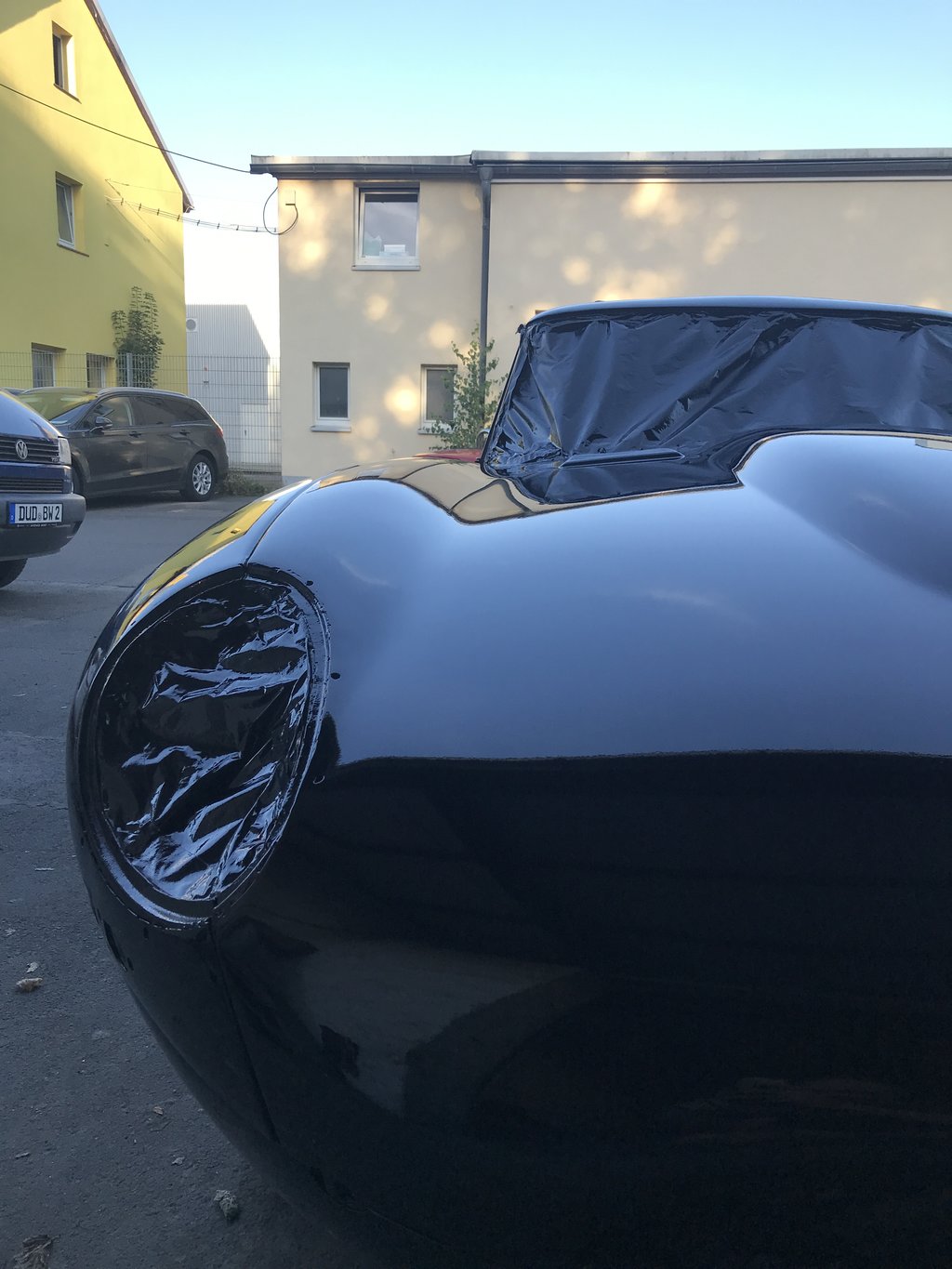 Beautiful colour, going to be a beautiful car. I’ve followed this for many years, ever since you started posting and I saw you had a 2+2, like my own (even though mine is a S3 V12) glad you nearly there now. I fully remember the excitement when I saw my car in a similar condition to that.
Congratulations.

Those pesky Citroens I did before never took longer then maybe 3 years, because when you bought them for the same amount of dough, you did get an actual car and not a pile‘o‘rust with soooo many problems….needing almost any part either intensely overhauled or replaced (which I tried to avoid as much as I could). Plus Citroen stuff was cheap back then, lots of wrecks (iirc I had like 15 or 17 Citroen SM…all parted out for cash).

So I thought, do it, shelled out the money we saved for the kitchen overhaul, came out of that stunt shy of a divorce, and then it took ages. In fact I did other cars in between, like the 2500 Euro Citroen 11 I was told was left in a garage for 23 years (which it really was and now it drives so nicely), or the finalizing of the Imp- powered Centaur kit (to be able to drive it at least more then 2 miles), but giving up the E- Type never was an option.

I now hope I can finance putting the E on my red „collection“ german numberplate by next years with everything skyrocketing hereover / time will tell. Maybe time to hand over the Centaur to a museum, after its complete resto plus 30 years in my hands. 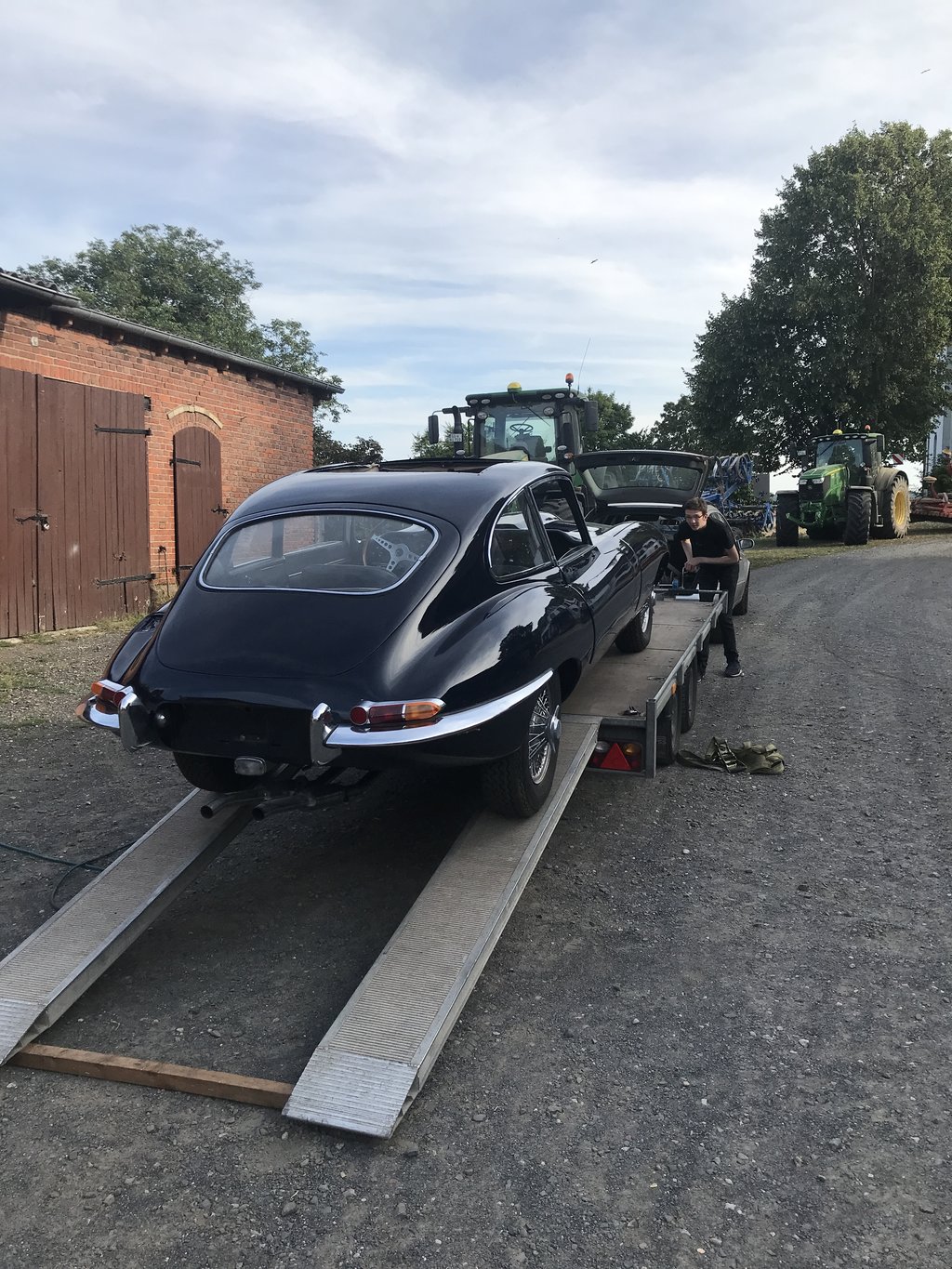 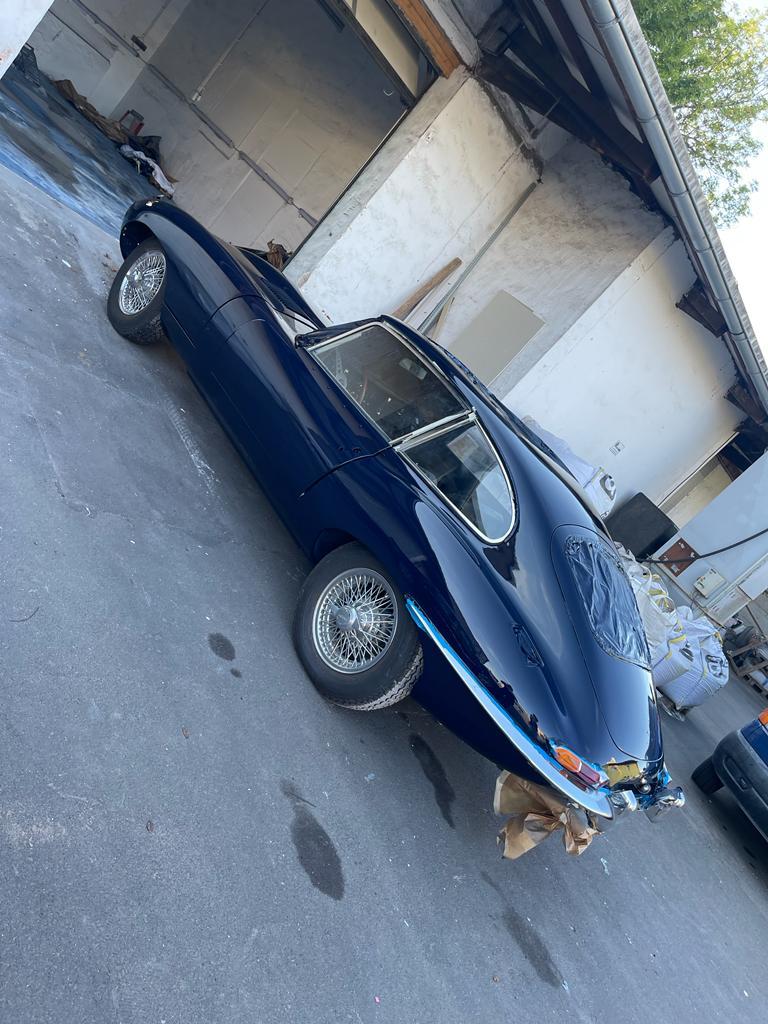 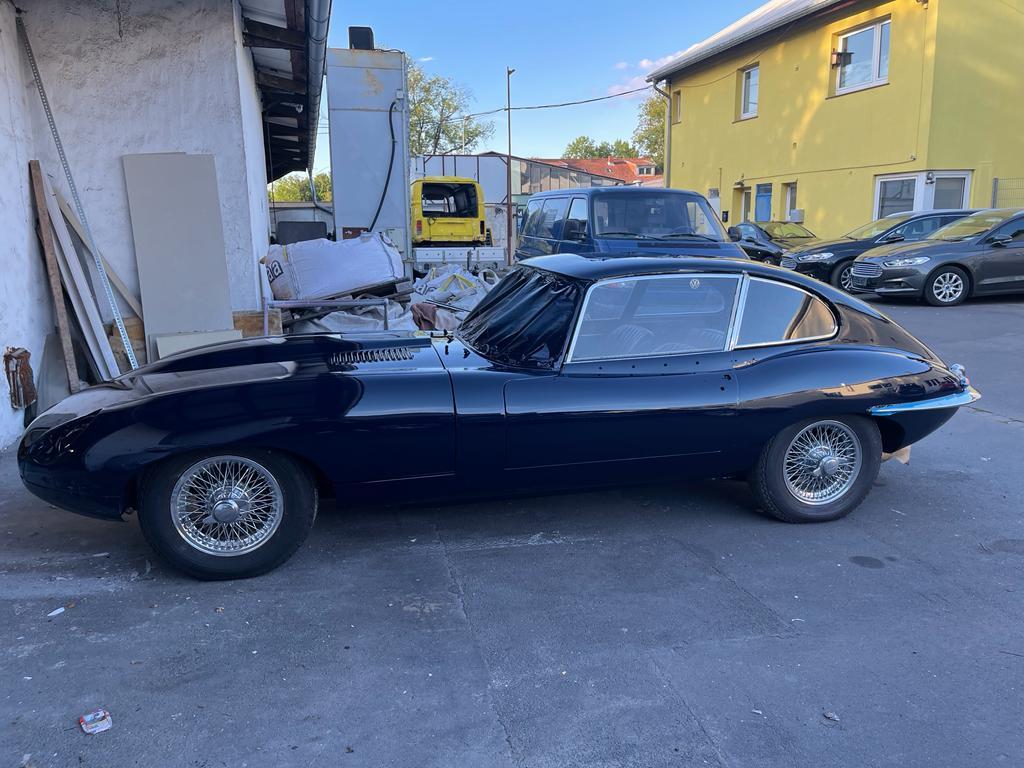 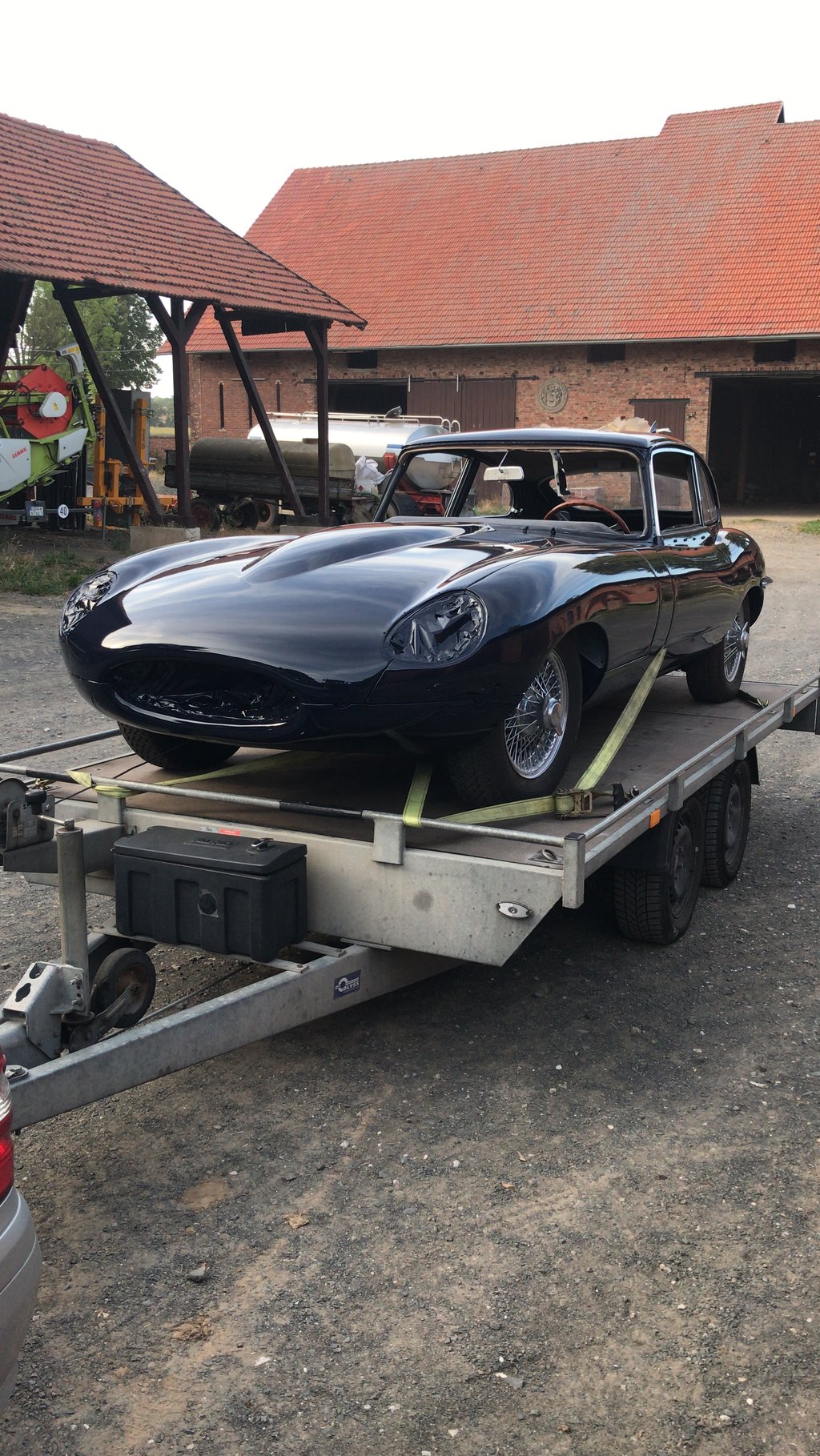 …. And yes, thats Felix unloading it…

A lovely job there, hopefully soon to b driven.....
Danny