by david.coan
I noticed my fuel gauge had dropped by about 1/8th and then some 10 mins later or less it had recovered, this happens on a longer drive two or more times. i then noticed this coincided with the voltmeter dropping to about 12v and then recovering. The ignition warning light does not come on. Its a 1968 series 1.5. The alternator is 3 years old and hardly used by the PO. Should i suspect the 3AW relay or the voltage regulator? Both seem inexpensive so i could just swap both and see what happens, but i would welcome thoughts or is it just something to expect? Could it be associated with the cooling fans coming on? Perhaps also i should be replacing my instrument voltage stabiliser as it would not seem to be able to maintain a stable voltage for the fuel gauge.

by Turnip
I'm not an expert on this, but I would look at the instrument voltage regulator (on the back of the drop-down dash panel). This drops the voltage supplied to the fuel, water and oil gauges to 10 volts. It is supposed to stop the gauges being affected by any variations in the main loom's voltage - down to 10 volts, obviously.
You could start by checking the voltage being supplied to the fuel gauge's 'live' connector.

by johnetype
The 3AW can play no part in voltage regulation so changing it isn't going to help. The fact the 3AW isn't bringing on the ignition warning light indicates that the alternator is still working so my vote goes for replacing the 4TR regulator - which also happens to be the weakest link in the alternator component chain.

The thermal voltage regulator set to output 10 volts for the temp and fuel gauges, especially an old one isn't very good at maintaining 10 volts if its input is only 12 volts. It's easily replaced by an electronic regulator in the same metal can to keep the period looks.

by david.coan
I meant to say should i suspect and change the 6RA alternator relay not the 3AW relay. The 6RA , the 4TR controller and the instrument voltage stabiliser all look like they might be original, so there is a temptation to change them but new is not always better.

by johnetype
Certainly in the case of the 4TR, new is not necessarily better but the fundamental circuit design is poor so the 4TR is "hit" with full load every time you start.

The 6RA is easily substituted with a standard 12 volt automotive relay available anywhere for less than £5 which will eliminate or prove your 6RA is the cause and then you can replace with a new 6RA if it turns out to be your problem. 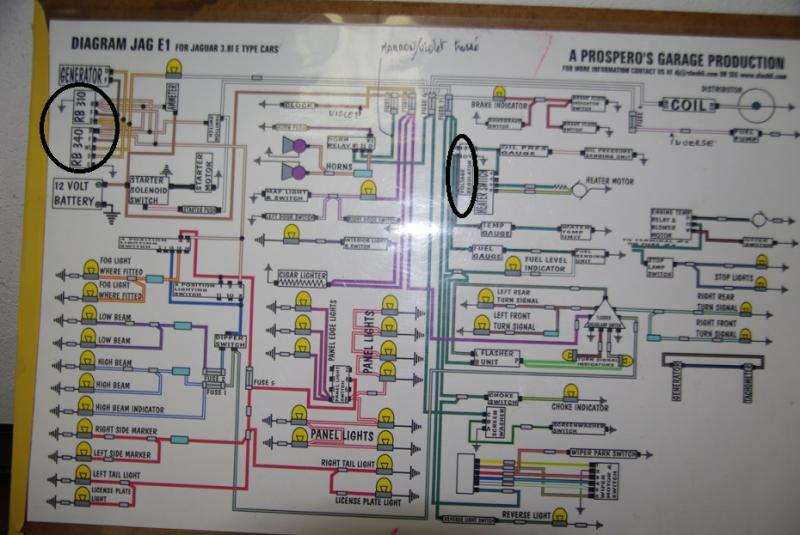 by Polse7317
Thank's Steve ...now it's better for my understanding