What I’ve learned about water pumps; here are pic’s of the pump impellers discussed in this post; Aftermarket/early Jaguar/late Jaguar = left/centre/right = top/middle bottom. 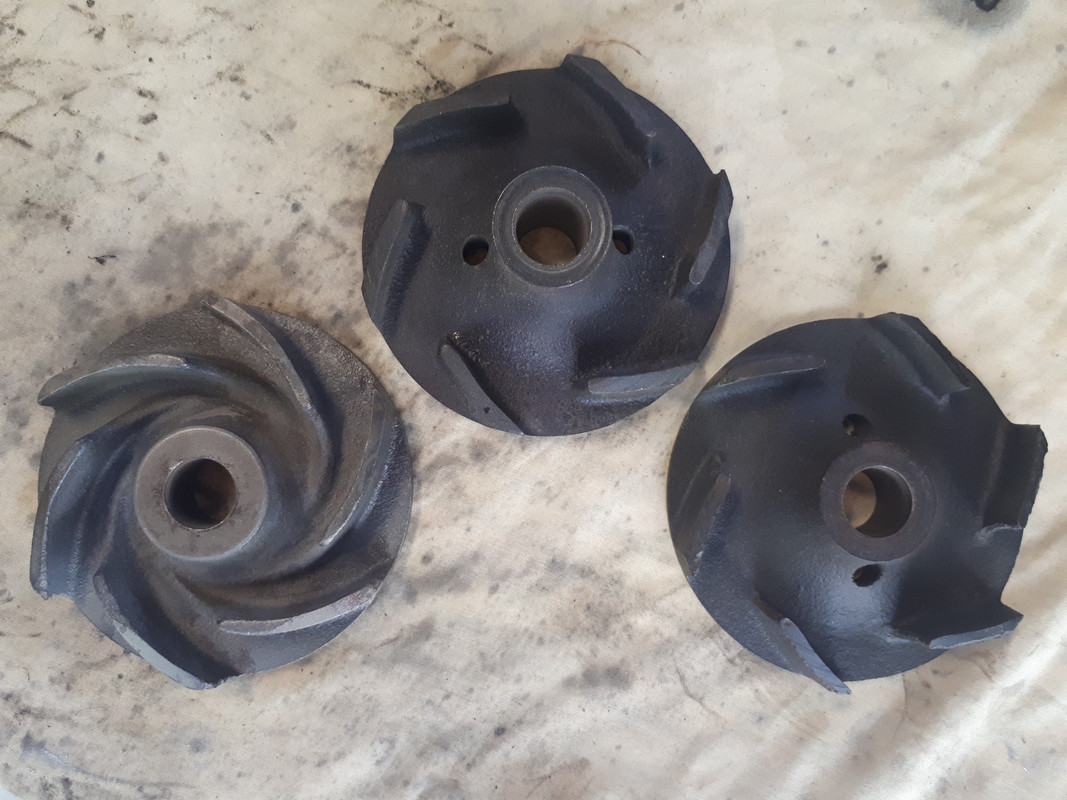 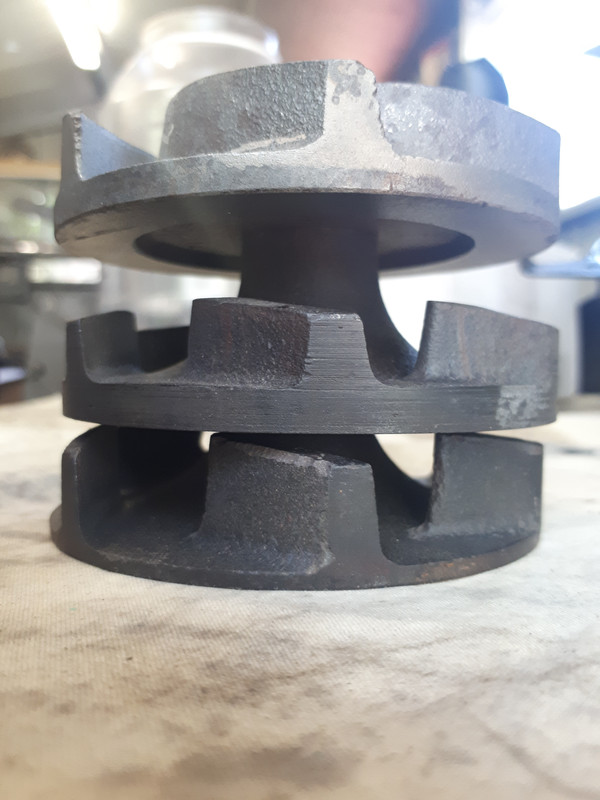 The aftermarket is now mostly what is available, originally from East Coast Jaguar, now also from SNGB. SNGB product code is C36363 notwithstanding that it is different to the OEM impeller with this number. It is marketed as “new, improved”, imo it is not. Chunky, with restricted flow passages, with vanes that protrude to upstream of the shroud that will cause it to work more like a washing machine than a pump, i.e. the following pics, the first is with the aftermarket impeller, the second is with a genuine Jaguar impeller: 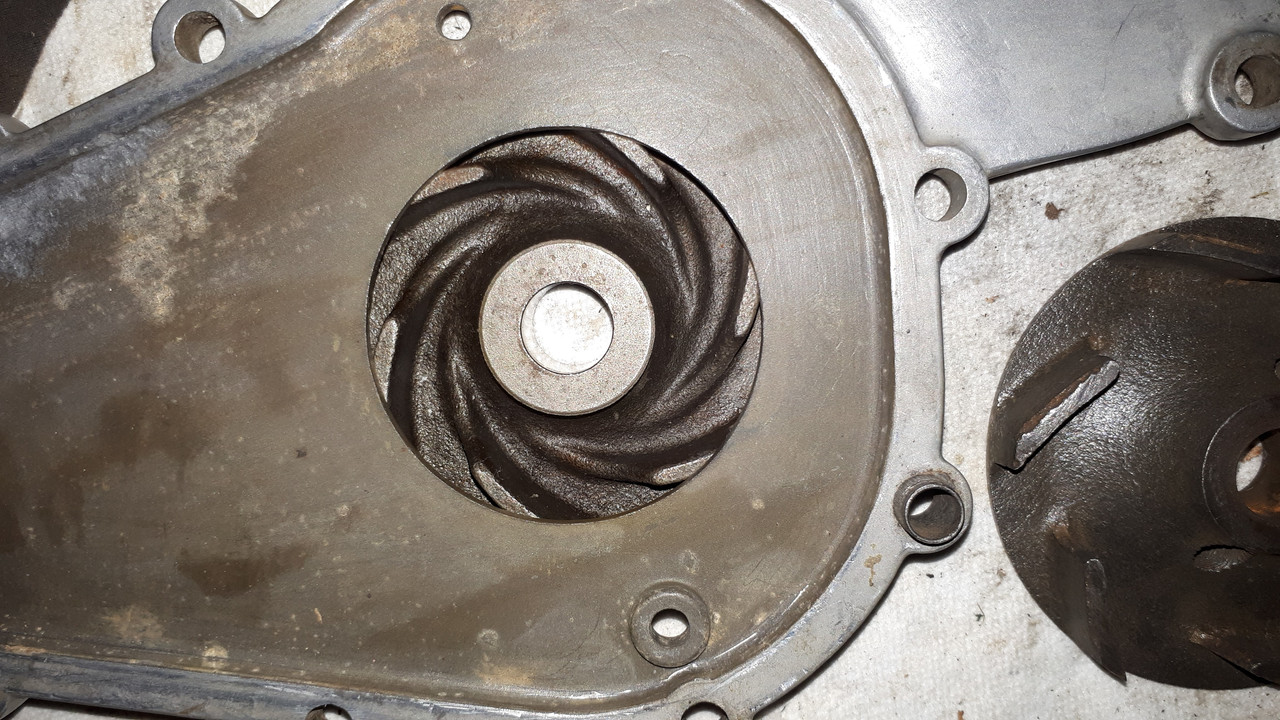 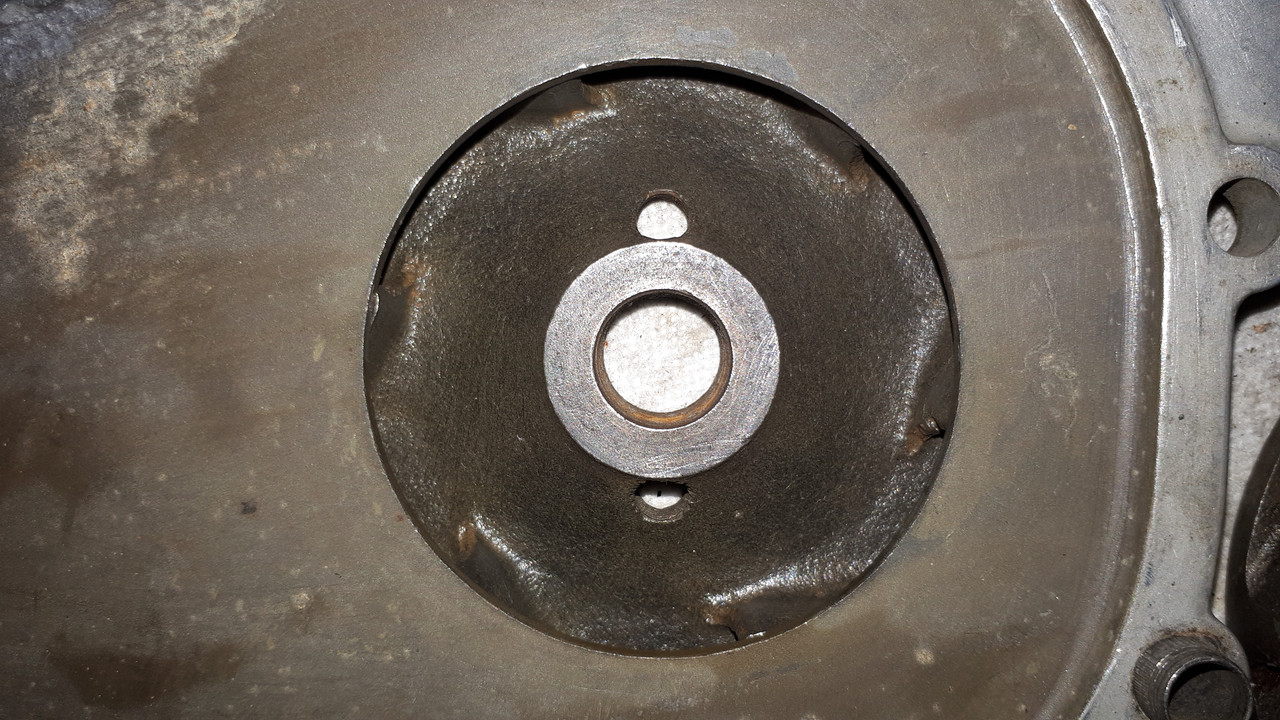 Imo net result is the aftermarket impeller will have the lowest flowrate and may be prone to “choke” (very reduced flowrate) at higher speeds. I have been using one of these aftermarket impellers (gentle road use) since 2015 with no issues whatsoever. However, if motorsport is yr thing and overheating is an issue, you may find that a genuine Jaguar impeller would be an improvement.

The 1st (early) Jaguar impeller was quickly superseded. Seems (?) this impeller never had a unique part number and was never sold separately by Jaguar. It is 34 mm high. The nose of this impeller served as the contact surface for the ceramic seal, being relatively soft the cast iron nose was prone to wear (1st pic), causing leakage from the shaft vent hole. Setting the impeller and seal is critical which may (?) be why the parts were never sold separately, only as a complete factory assembled pump.

The later Jaguar impeller was in the pumps fitted to engines numbered from 7S7785. It has part number C36363 with C36363 (or P36363) stamped on the back of it. It is 21 mm high. Flowr passages are maximized, there is no excess metal. From HE engines onwards the impeller part number was EAC3212. Seems there is no difference between C36363 and EAC3212 impellers. The late Jaguar impeller pictured above, with C36363 stamped on the back, is from an HE XJ12. Imo this later Jaguar design is the preferred impeller. 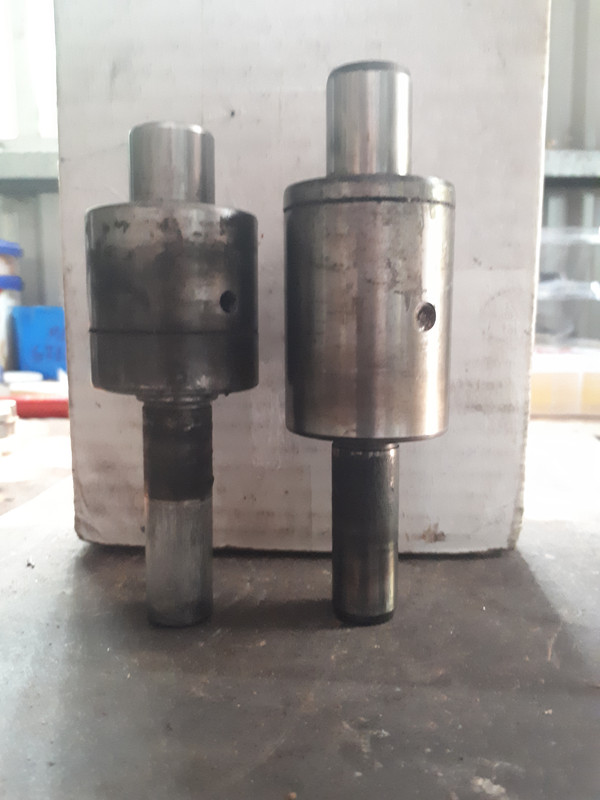 The later impeller can be fitted into an early pump if a different (non Jaguar) seal is used.
Because of the different length bearings and housings the early and late pump v-belt alignments are different. Just means you cannot simply swap whole pumps without considering belt alignment/interference issues.
Last edited by lowact on Sun May 02, 2021 3:25 am, edited 1 time in total.
Regards,
ColinL
'72 OTS manual V12
Show post links
Top 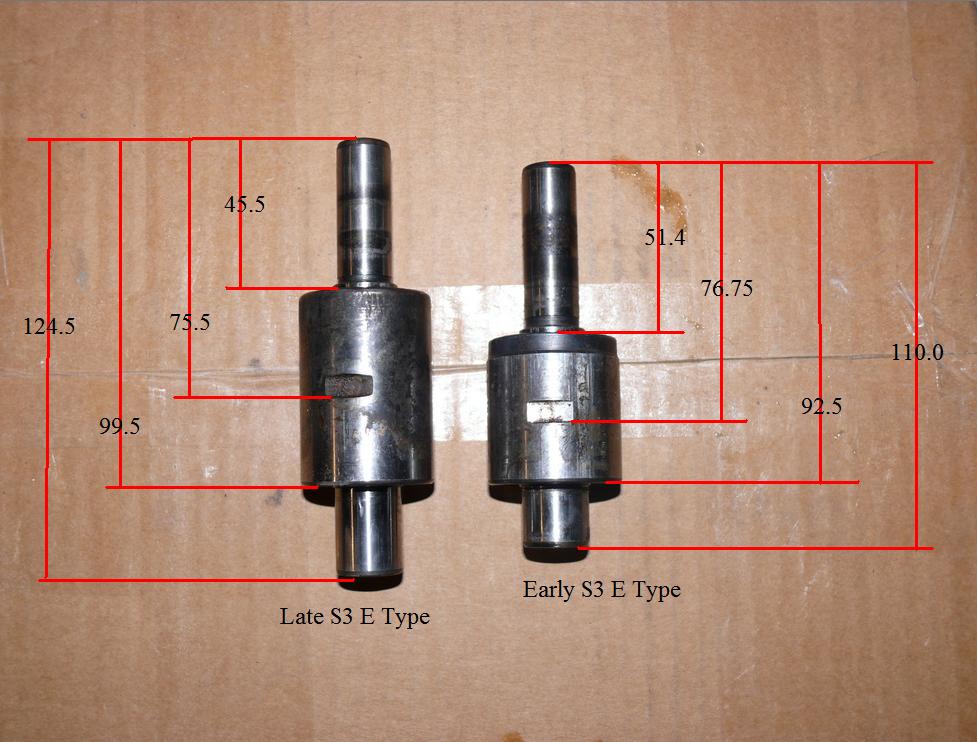 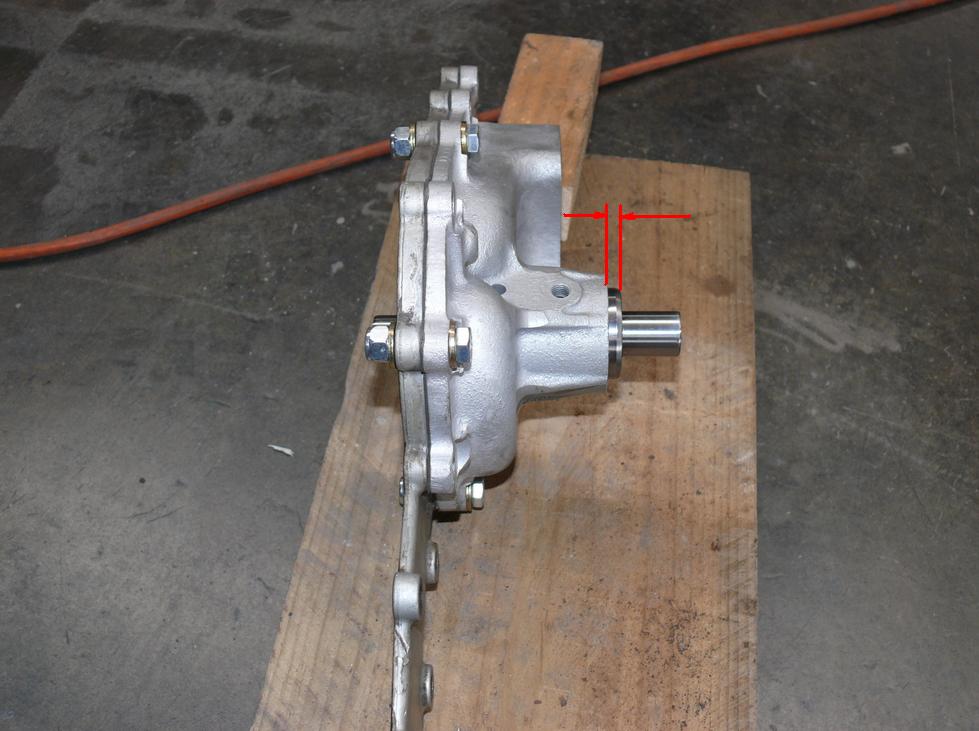 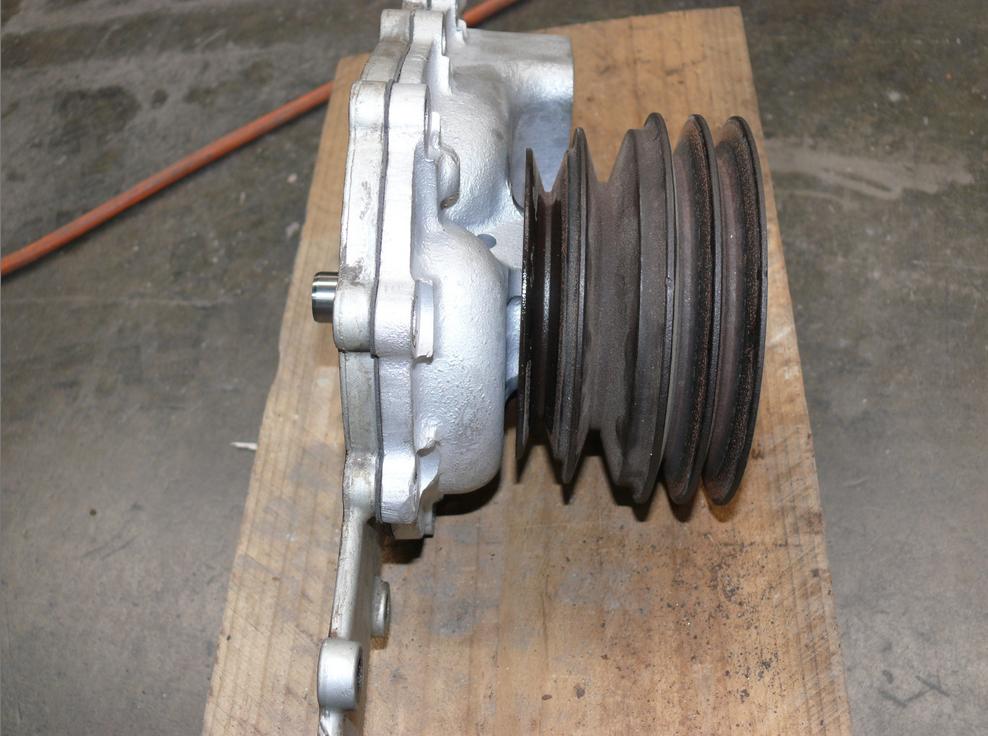 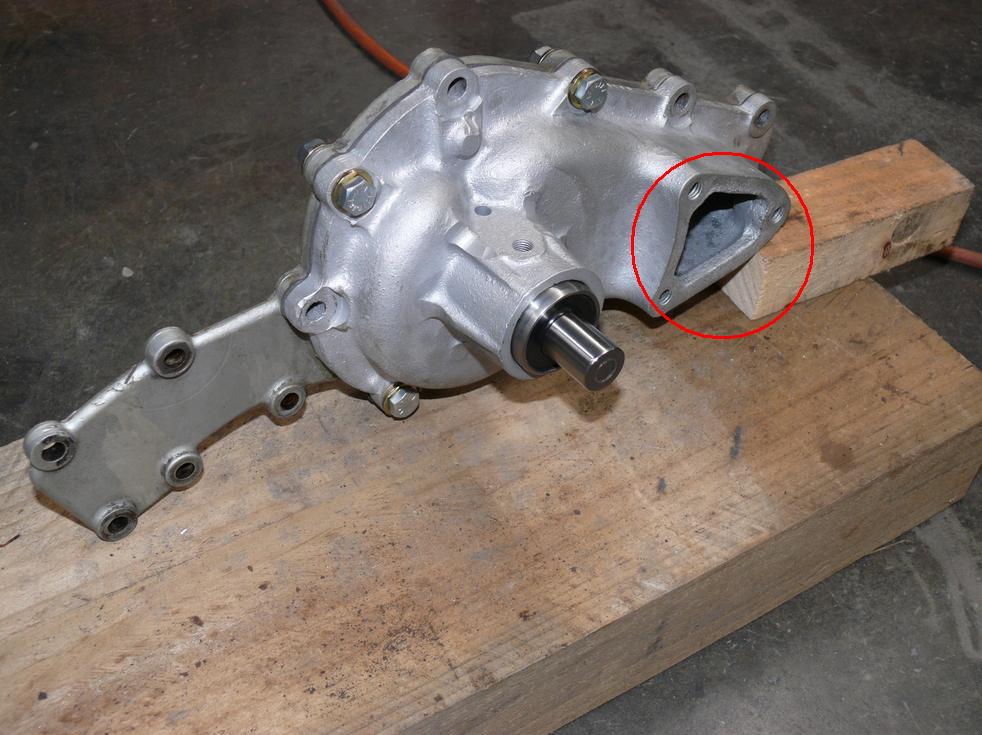 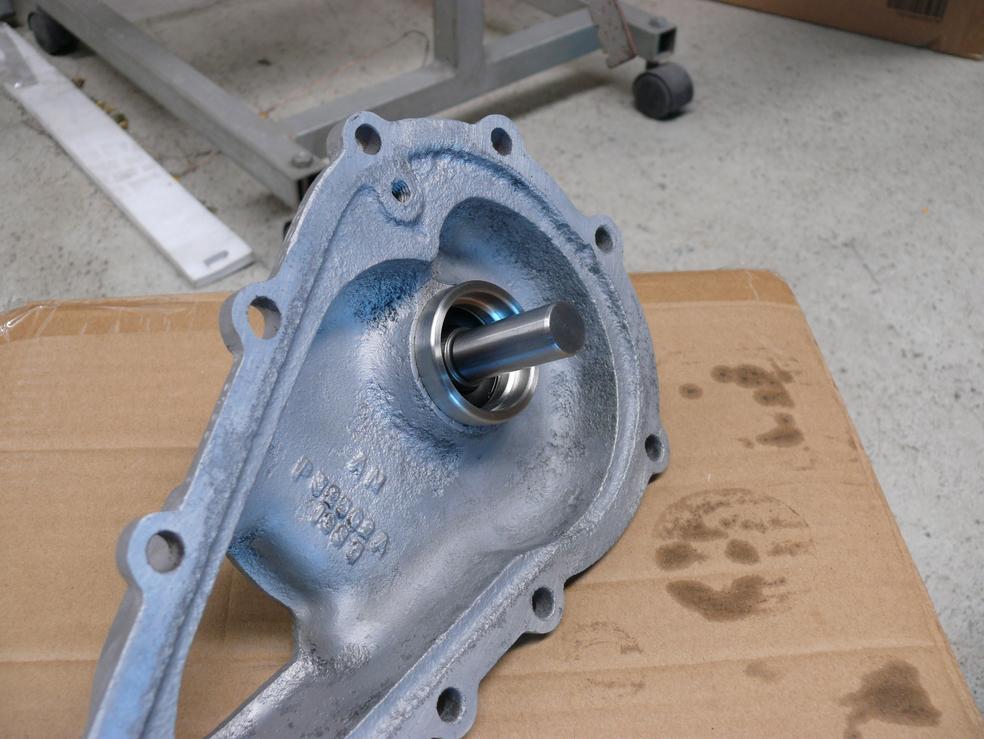 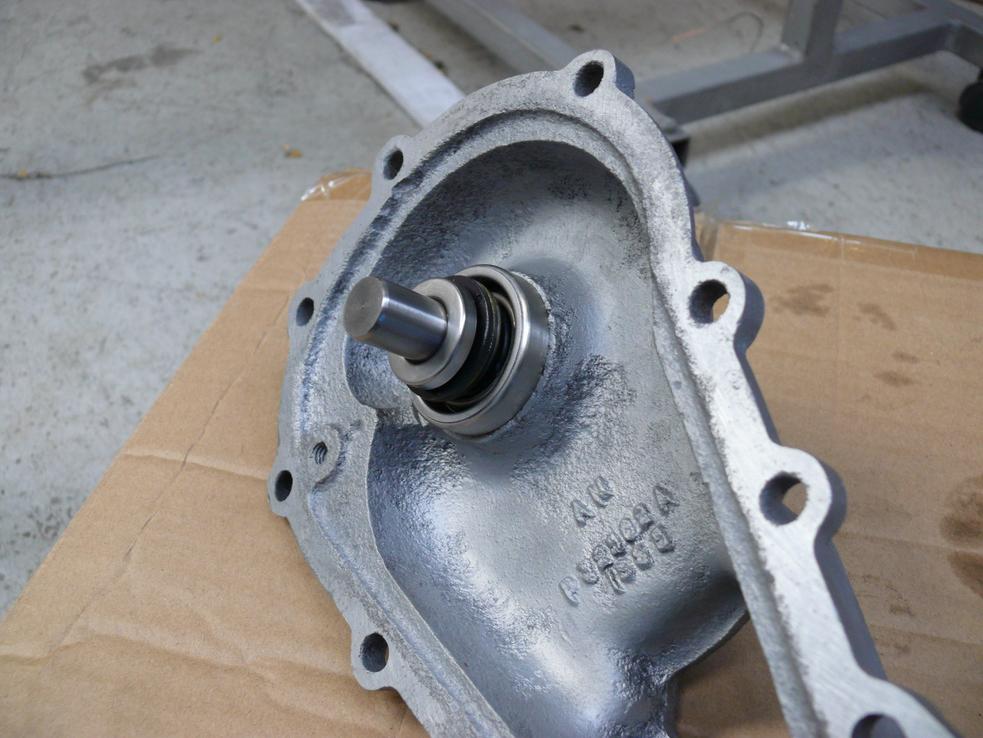 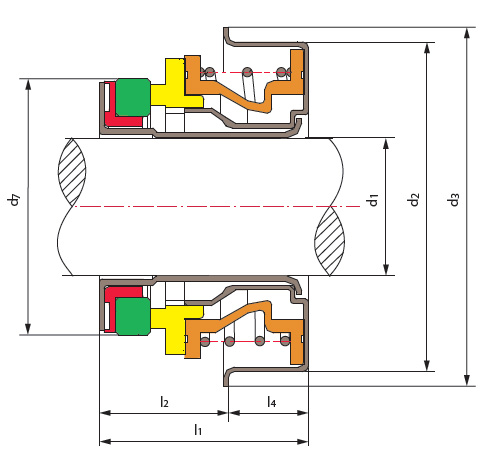 Hello Colin,
I get them as part of a repair kits.I'll look up the supplier and ask if they will supply just the seal.

If yes, I have asked, waiting for reply. I bought one of the early e-type kits a few years ago, when they were trading as East coast Jaguar. Very happy with it. I think the seal OEM is Chinese: https://trisunltd.com/waterpumpseal/246.html .
But I don't want 1000, just want one (seal), for the later pump type although, by my measurements the same seal can be used in the early and late pump versions.
Regards,
ColinL
'72 OTS manual V12
Show post links
Top

We have done a few of these using the east coast gentleman and have been happy with results, some of the malarky surrounding these are whether historically the water pump was changed to a later more available XJ12 pump, which had the impeller at a different position. There's a big thread on this somewhere. Either way we put together a few pumps of both type using his kits and they seem good.

It must have been due to the fact that all the V12s moved to a different pump after e-type was discontinued and so people started bastardizing according to what was available.
Show post links
Top

It must have been due to the fact that all the V12s moved to a different pump after e-type was discontinued and so people started bastardizing according to what was available.

It's the early S3 E type where the pump repair kit is hard (near impossible) to get. The later system is readily available.

The early pump housing had a different take off for the radiator hose and a different length bearing. SNG Barratt sell a conversion that includes a new housing and plumbing, but is rather expensive in my opinion. I offer a conversion (shown earlier in this thread) that allows the bearing, seal and impeller from the later system to be used with the existing, early housing and plumbing. Once the conversion is made, subsequent repairs are as for the later system.