#21 Re: Exhaust Fumes from rear

Whitact wrote: ↑
Wed Mar 23, 2022 9:41 am
Hi Peter,
With the roof up and the windows closed I did not notice a problem. I think the air vents on the later cars maintain a positive cabin pressure in those conditions. Nor did I notice a problem with the roof down, but I have an air screen behind the seats. However with the roof up and either window even partly open there was alway an unpleasant smell. I agree with Colin that the boot seal also needs to be carefull adjusted and checked.
Cheers,

Thank you Adrian,
I also have a wind deflector fitted, which is very effective but I actually find the fumes are worse when it is raised, I assumed because they were being trapped in the slower moving air. With the deflector down there is so much air buffeting that I think the fumes are diluted. It's going to be a process of elimination, although I find it strange that not every OTS suffers, as you would think they all equally badly sealed, even complete body restorations like mine!
Peter
S3 Convertible
Show post links
Top

#22 Re: Exhaust Fumes from rear

Peter, quoting uses up server space, we are asked to not unnecessarily quote, or edit down to the words needed to emphasise why we are responding.

#23 Re: Exhaust Fumes from rear

Hi i suffered badly with fumes as said my back lamps were the main culprit, I sealed them with silicon sealer i also replaced heater matrix with a high flow unit that allows more fresh air into cabin.I also advanced the ignition timing a couple of deg that made the engine run cleaner, good luck its been a long haul for me but finally ive got there
Show post links
Top

#24 Re: Exhaust Fumes from rear

My apologies Geoff. I did redact a few words but didn't like to appear rude. Now that I know it's expected I'll remember for the future

#25 Re: Exhaust Fumes from rear

For those of you who have used a smoke machine to investigate leakage of exhaust fumes into the boot, was the power cable/control cable an issue, as presumably these could potentially cause a gap in the boot seal if trapped. Battery operated/remote control models are quite expensive so I was hoping to use a cheap one

#26 Re: Exhaust Fumes from rear

As suggested by many I examined my boot closely and discovered a fair gap at the nearside. So I masked it off with automotive tape and went for a drive. I'd like to say there was a marked difference in fumes but at best it was only marginal

#27 Re: Exhaust Fumes from rear

MarekH wrote: ↑
Tue Mar 22, 2022 3:08 pm
My car had fibreglass wadding in the rear wheel arches and inside the bulkhead.

I'd removed mine also, I'd always thought it was just some pathetic effort to make the speakers sound less tinny ...
So the boot does extend over the rear haunches to the the cockpit and there are 3 openings into the cockpit (on both sides). 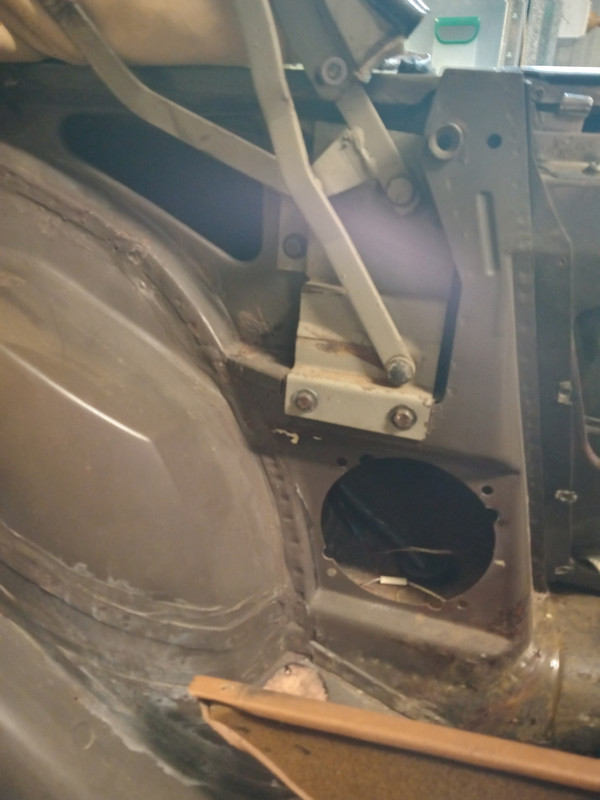 The openings for the speakers are closed by the speakers, the other openings would have been "closed" by the fibreglass wadding, i.e. the triangular openings above the rear wheel arch and the smaller unseen openings that are covered but not sealed by the hood frame mounting plate, maybe these can be sealed by duct tape more effectively than fibreglass wadding, if other boot sealing efforts aren't effective? Then, if the problem persists, maybe time to do something about the unburnt hydrocarbons being sprayed out of the exhaust pipe, i think it is the wet exhaust that is mostly the cuplrit? This is almost entirely the reason I am upgrading to latest tech fuel injection, to completely solve this fumes stench issue.
Regards,
ColinL
'72 OTS manual V12
Show post links
Top

#28 Re: Exhaust Fumes from rear

So the boot does extend over the rear haunches to the the cockpit and there are 3 openings into the cockpit (on both sides).


Thank you Colin for your input. I have not yet obtained a smoke machine but I have purchased a carbon monoxide meter and discovered some startling and intriguing results!
From a cold start general levels reached over 60ppm. Once warmed up and with the windows closed inside the cabin the levels are 10-15 ppm. If one window is half opened this raises to 25-30ppm, if both windows it's around 20-25ppm. However, with window(s) half open and decelerating this can massively increase to over 60ppm. Moving the meter around the interior makes little difference, but following Colin’s post I stuck it in behind the covers above the front of the wheel arches and bingo! The readings increased considerably.
Now for the really interesting bit. I shut the meter in the boot and it read 45ppm with windows closed and 20ppm with windows open. I know the boot seal is poor so I masked it off with the meter in the boot – it recorded 100ppm!
So it would appear the poor boot seal is actually letting the gases escape?!!

With the boot seal masked the readings inside the car above the wheel arches reached a maximum of 86ppm. Bearing in mind after all the work already done to cure the fumes and the fact that it is now perhaps 50% better than originally, I can’t imagine what the earlier readings would have been. No wonder I suffered from red eyes and headaches! 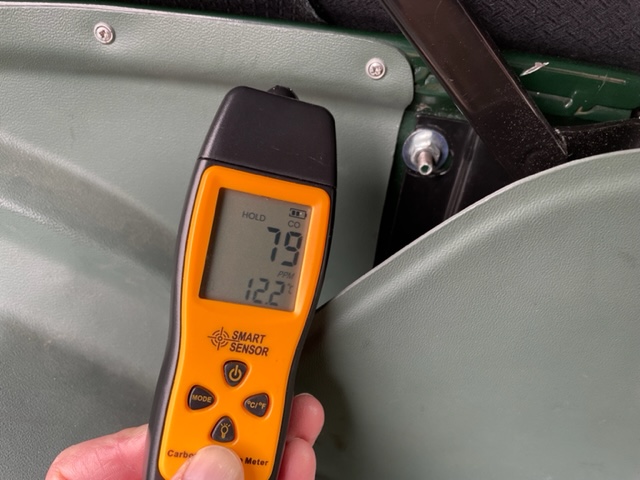 #29 Re: Exhaust Fumes from rear

Wow, that’s really bad. Don’t tell anyone, you’ll be issued a defect notice, public health risk ...
It’s not what we’ve smelt; carbon monoxide is odourless. The smell is most likely unburnt hydrocarbons. However they both have the same cause; too rich fueling, not enough oxygen.
Professional tuning using exhaust gas analyser might help although you will only get it as good as original if it is original, with emission control gear, intake temperature control, Stromberg carburettors etc. Better than original by upgrading.
Trying to interpret yr measurements: They all seem to be consistent with fumes being forced into the boot from unidentified opening, relieved out thru the cabin or the boot seal, more or less CO depending on if these “outlets” are closed or opened?
Regards,
ColinL
'72 OTS manual V12
Show post links
Top

#30 Re: Exhaust Fumes from rear

lowact wrote: ↑
Sun Apr 03, 2022 3:10 pm
Professional tuning using exhaust gas analyser might help although you will only get it as good as original if it is original, with emission control gear, intake temperature control, Stromberg carburettors etc. Better than original by upgrading.

Many thanks for your help! The car runs on SU's and, believe it or not, has just had the fuel mixture set with a gas analyser. But I agree there is something seriously wrong with the fuelling in addition to the leaks and I am taking it to an alternative "specialist" next week to get this investigated.
Peter
S3 Convertible
Show post links
Top

#31 Re: Exhaust Fumes from rear

#32 Re: Exhaust Fumes from rear

#33 Re: Exhaust Fumes from rear

#34 Re: Exhaust Fumes from rear

Whilst most garages either told me "they all smell so just get over it" or concentrated their investigations on leaks from the engine compartment I remained steadfast that the level of fumes was not normal and that they were drawn from the rear. Despite assurances from the restorers that the rear was entirely sealed it certainly proved not to be the case. There were holes everywhere!
I conducted my measurements using a carbon monoxide meter which has proved to be exceptionally useful. The holes were too numerous to list but the rear lights were very poorly fitted and probably one of the major culprits. The fumes leaked into the boot to be transferred through the inner arches (and other gaps) into the cabin.

A big thank you to everyone who made suggestions along the way. Your help was invaluable!
Now the inside of my E-type smells like spring flowers 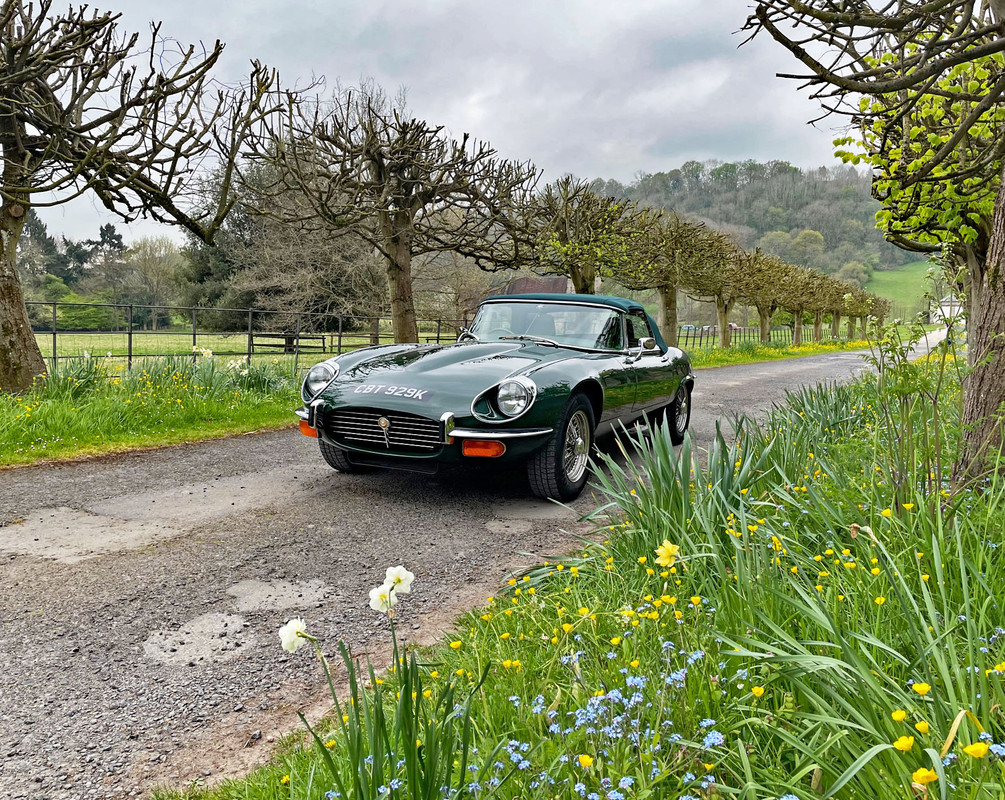