I got a Zenith carb gasket kit from SNGB.

All good so far but I’m uncertain about the smaller gasket for the heat exchanger.

The new one (B) looks the right diameter and like it should go inside the carb body but doesn’t reassemble the original one.
It’s not as thick and also resembles more of a washer than the original that is more like a button and more solid?

There is a mysterious o-ring (A) that ‘could’ fit but pretty sure it’s not right - but I was wondering if anyone could tell me whether the new one (B) is correct and fit-for-purpose please?

Hi Hilton
I'm not aware of a heat exchanger in the Stromberg. Are you referring to the Temperature Compensator - Item 9 below? 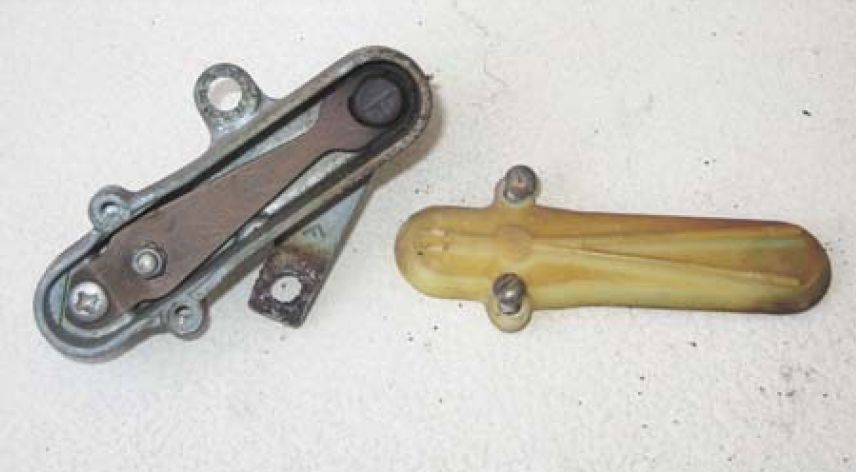 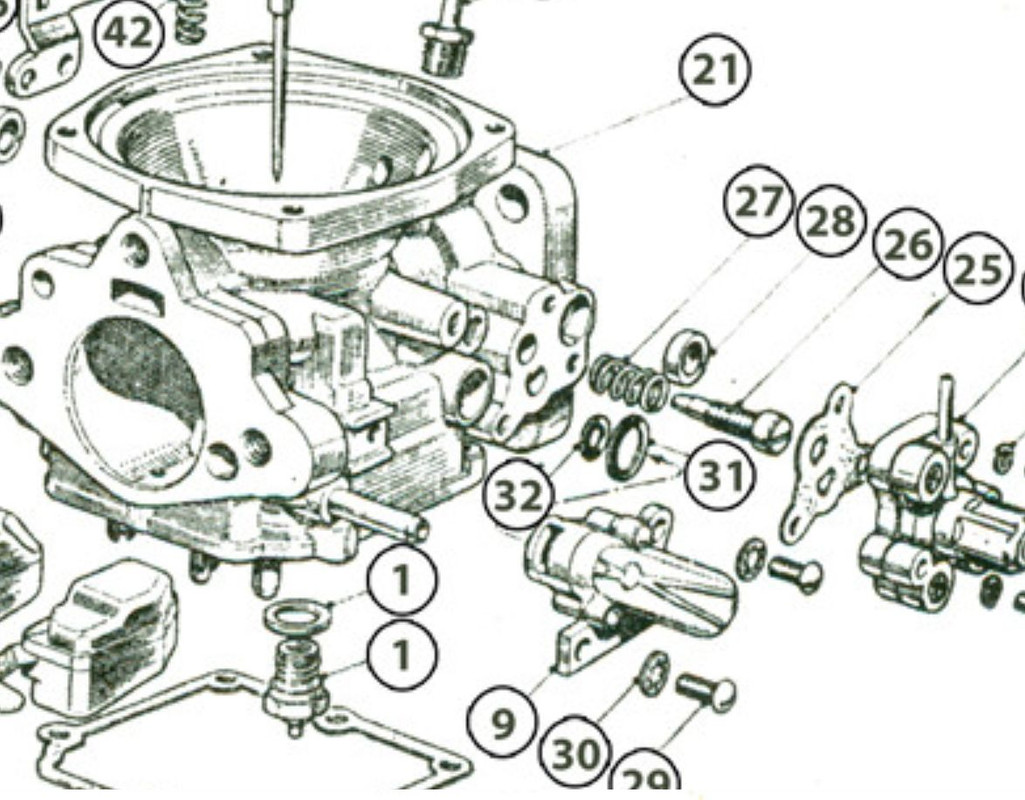 If so I don't think the item in your picture marked "original" had any place being there and may have been used by someone to block off the compensator air flow. From memory the flat O ring goes between the compensator and the carb body - item 31.
Bob
'71 S3
Show post links
Top

Thanks for the explanation.
That’s exactly what I needed to know.
I’m sorry for confusing things by describing the Temperature Compensator wrongly - that’s the part I meant. A bit embarrassing!!

The ‘original’ gasket didn’t make sense to me as it did appear to be blocking things off, so thanks for explaining.
Is there a reason why someone would want to block the Temperature Compensator off? Is that a common procedure?

Anyway, in the kit there is a gasket as per no. 31 in the diagram so I’ve used that.
I haven’t managed to work out what the O-ring ‘A’ is yet.

Is there a reason why someone would want to block the Temperature Compensator off?

Also often disabled by POs to take a potential air leak out of the equation when struggling to solve idling problems.

An emission control device intended to compensate for small variations in fuel viscosity caused by heat transfer from the engine to the carb body, such as when car is stationary at idle for extended periods, they should be fully closed up until 45°C (approx) and fully open by 60°C. The important thing is that all four should open at the same temperature.
They can be set up to do this by adjusting the preload on the bimetallic strip using the small nyloc nut and if necessary pre bending the strip if has been distorted by a PO overtightening to permantly shut off the valve. A thermometer and a pan of hot water is all that is required.
Bob
'71 S3
Show post links
Top

I suggest you take a look at the response by Jagwit, included in the link below:

As Phillip says, it's easy to set the compensators so why not do so? I've done mine per Phillip's article. You just need a reliable thermometer to ensure the testing water bath is at the required temperature. Movement of the compensator needle is fairly easy to see. Once set, a drop of non-permanent loctite or similar will secure the bimetallic adjusting nut OK.

Not sure if there was ever consensus on the Forum as to whether disabling the compensators requires them to be screwed closed or not?

And yes, the sealing rings are essential to correct (no air leak) operation.

Thanks for the replies guys.

I decided to do the job properly and dialled the compensators in using two bowls of hot/cold water + thermometer and fiddled around until all were reacting identically - actually quite fun.
What was apparent was just how random all of them were. From the one using the blanking-off gasket (above

) which incidentally looked like a PO had bent the plate to be hard shut, to the other three which were all different.
It was quite satisfying to get them synchronised.

I’ve rebuilt all 4 carbs and in doing so discovered some dreadful inconsistencies in (amongst other things) float levels, needle settings, botched gaskets and hardened seals, leaky spindle seals and even a torn diaphragm(I think that & sticking needle valve/s were the last straw to make it run like a dog) - not to mention the crud built up over time.
It looks like various mechanics have done small repairs in isolation over the years with nothing ending up being addressed as a whole.
Anyway, after the ‘fun’ of refitting the carbs, I took a deep breath and she started second stab. After a little bit of tweaking/balancing, the engine purs sweetly and WOW, what a difference when I took her for a spin round the block! Feels like a new car. Real rapid acceleration like never before and super smooth tickover.

So thanks everyone for your help - made a big difference and helped give me my car back.