I'm about re trim the rear of the cockpit on my series 1.5 roadster and am trying to find what material was originally used under the hardura on the rear bulkhead.
I have the original item which appears to be a linen or calico material which was glued to the bulkhead and then treated with something which gave it the rigidity of woven fibreglass ( similar to the effect of applying dope to tissue on model aircraft wings.
It seems to have been used to span the indentations in the body pressings to prevent the hardura sagging into them or taking up that shape during the glueing process.
The attached photo shows part of the sheet which was under the old hardura 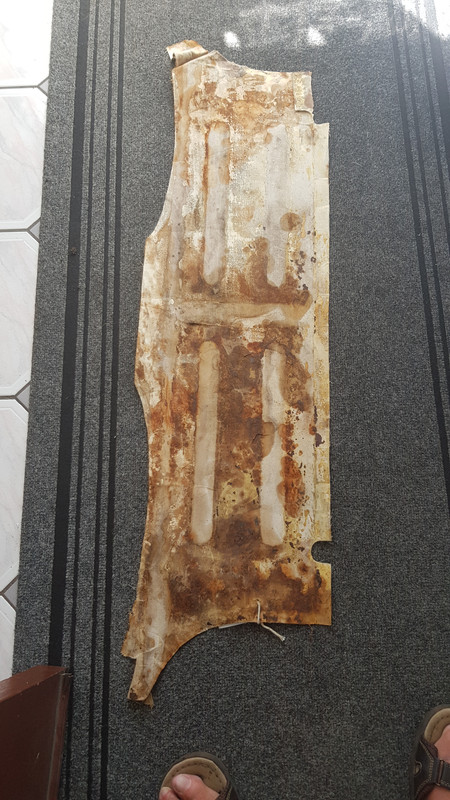